A new month - some new cards. Today, let's pull through half of one of those 100 card Dollarama Magic Card packs I picked up a good while ago and see if we can come up with a few artifact cards for the collection. 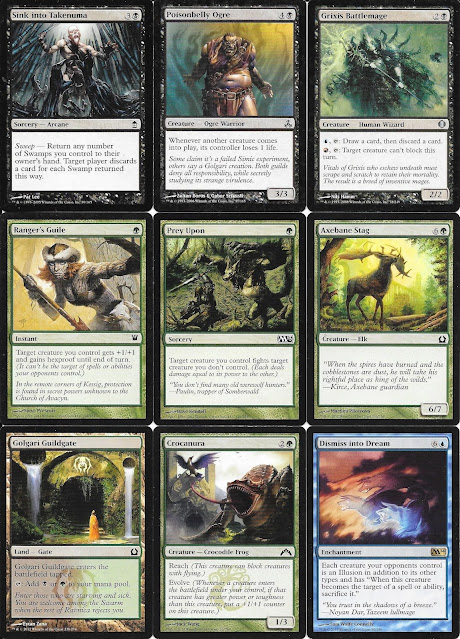 This half starts off very heavily green. The Axebane Stag is a big baddie, though no special abilities. We do have one uncommon and one rare in the bunch - you can tell by the colouring of the set symbol on the middle right side - silver for uncommon and gold for rare. 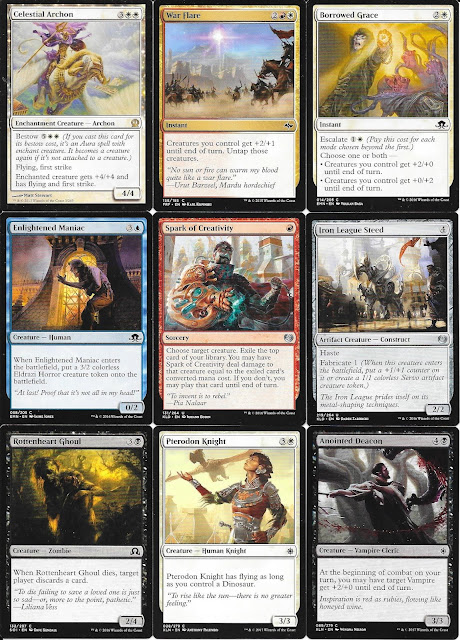 Up to two rares and three uncommon cards and an artifact card that I believe is new to me, but will have to check. Definitely don't have 4 of them regardless, so a keeper. 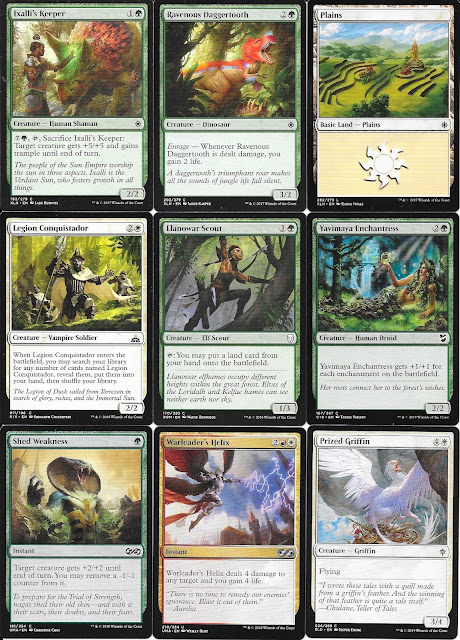 Another uncommon and a bunch more green cards here. 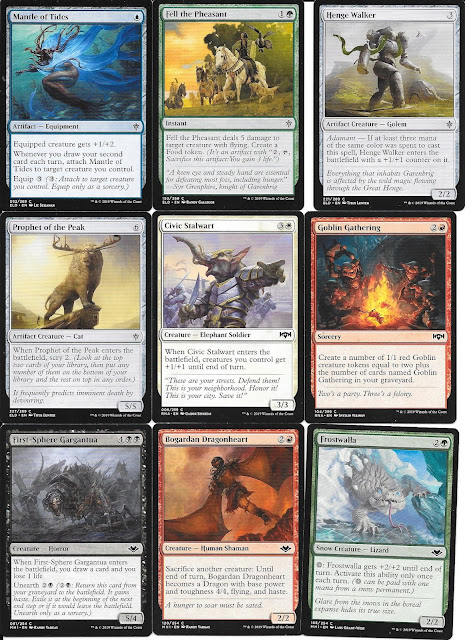 Sweet cards here with a couple artifacts which are added copies I will be keeping for each. Always love a good Golem with the Walker. 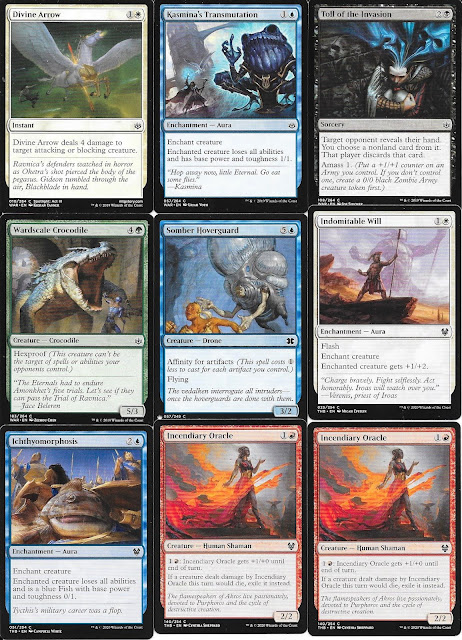 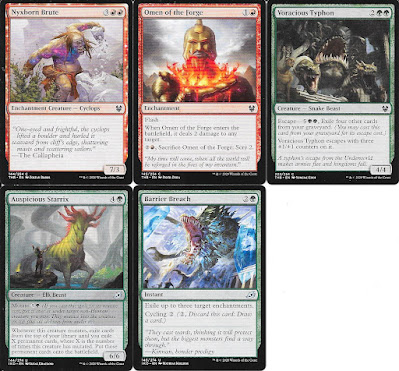 A solid ending with a couple more uncommon cards to finish this half - so 2 rares and 6 uncommons. Three artifacts out of the 50, so about average there but all keepers, so I'll take it. Shall see if tomorrow is any better.
Before we go, how about a mystery hockey pack from www.baseballcardstore.ca. It's been a bit and I still have a few left to share, just been busy sharing trades that these sat aside for a while. 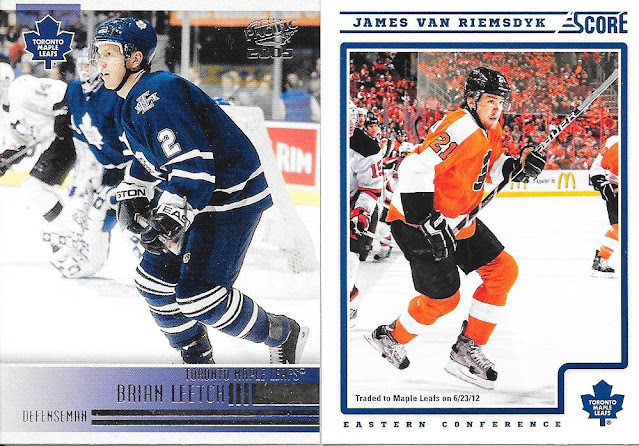 May not have had any set helpers in this bunch, but two Leafs make it a positive pack for me.
The inserts / parallels / short prints from this pack are all keepers too...

The Score gold seems to be a staple of the packs I picked up, and that's not a bad thing, and the Marquee Rookies are good too since I'd like to build 2007-08 O Pee Chee.
As for the rest... 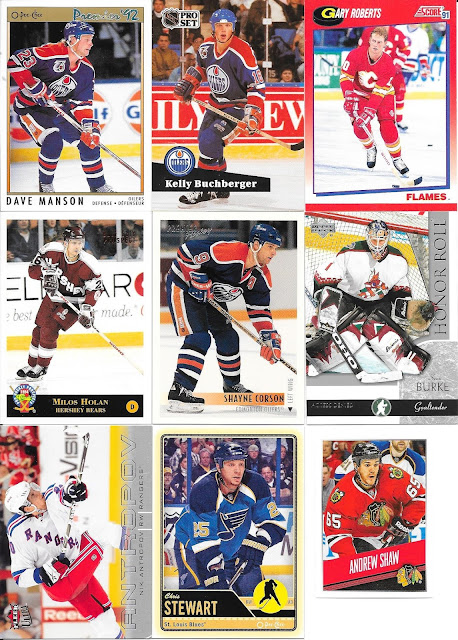 Seems to be an Oilers hot pack here. 2017-18 O Pee Chee is a set I really didn't get much, if any of, in hand when it was released, and haven't seen a lot of it since really, but here were get some Cole. I'd take any random pack that gives me two Leafs and 3 other keepers out of 15, so a solid one here for me!
Posted by CrazieJoe at 8:00 AM