First, some quick WWE comments as quite the short dance between Brock Lesnar and Goldberg last night at Survivor Series (which was held right here, in Toronto). I'm glad it was short a I don't think Goldberg could handle a long mat at this point (not a big knock - - man is 50 and hasn't wrestled in over a decade). With that, surprised Goldberg won, unless this leads to a Royal Rumble entry and a losing rematch at Wrestlemania next year, likely to Brock.

Otherwise, a decent showing all around last night, and I quite enjoyed it.

So after the slew of football last Friday out of the Santa Lot, nice to get something useful today...I hope. 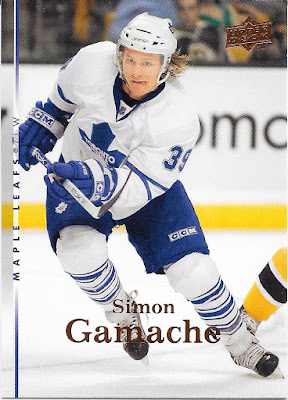 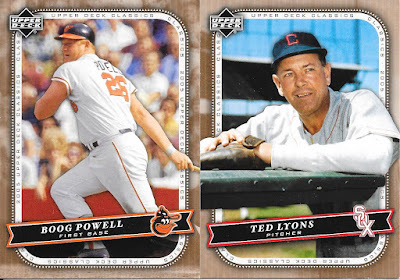 I have to say both of these are highlights because - any Leaf card is a highlight to me, even if this is the second 2007-08 Upper Deck card of Simon I have. As for the couple adds for the 2005 Upper Deck Classics set, these bring me to over 70% of the base set (not including the retro rookie cards which make up 30 of the 130 card total base). Boog was a staple of the Baltimore line up in the 60s while Ted Lyons was a staple of the White Sox a few decades earlier. Too bad there wasn't more than these to keep out of the 20, but maybe tomorrow... 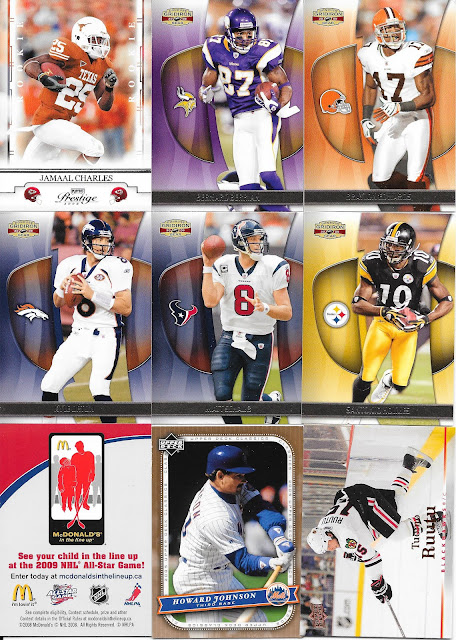 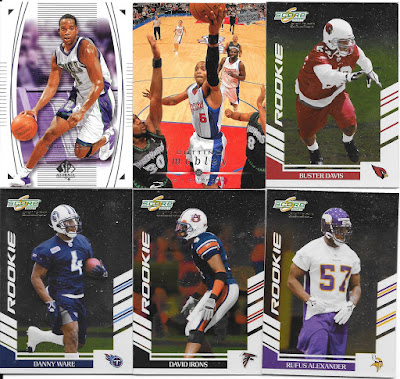 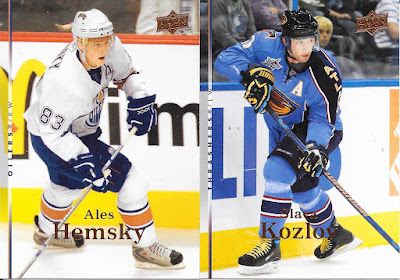 I'm not sure if the 2007 Select football rookie cards are short printed or not, but like the pick up of them anyway compared to just "regular" base cards. Add in the Jamaal Charles card and this pack was definitely rookie heavy!

Well, better than going through 360 1991 Upper Deck Football cards, but here is for even better tomorrow!