So in celebration (ie. as an excuse) of the Cubs winning it all this past week, I figured since they did something that has been once in a lifetime (though going forward there may be more...) I would do the same.

I spent more on three packs of Magic cards than I ever thought I would (north of $100 combined). I swear, the stars aligned in that; the prices were very good, I needed the packs for my collection, and hey Santa....

I am saving one as a Christmas self gift (hey, Santa gets for the whole family...), but will share the two "cheaper" packs here... 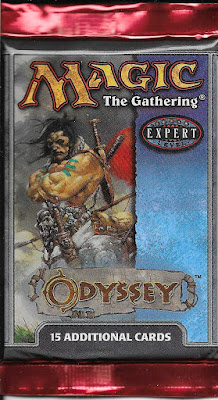 Odyssey was released back in 2001 as the first set in the expansion block that year. This was just after I really stepped away from Magic so I don't think I ever opened a pack back in the day. It does complete the pack cycle for the three sets as I already have a pack for Judgment and Torment. 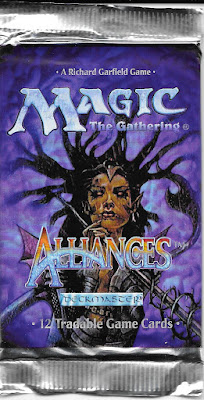 This is nice. I remember opening a few packs of Alliance back in the Spring if 1996. This was in the midst of my playing days. Nice to add, and fairly expensive ($25), but with these, I at least feel I can get my money back if I really had to (not planning to, but helps to justify that I didn't throw away the money). The couple big cards from this are why the higher price - Force of Will which itself can go for about $100, and Helm of Obedience which goes for about $25. Still not the expensive one which I picked up, but you'll have to check in after Christmas for that one!

This is also the last time the booster packs contained 12 cards (15 cards hereafter...if only sports card still came with that many!).

Separately, sharing a win I had on Listia which was for 6 random hockey cards. I think I last said I probably wouldn't do one of these again...well...I caved, and probably shouldn't have so let's see if it worked out or not. 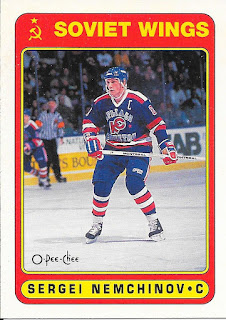 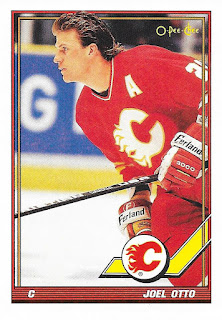 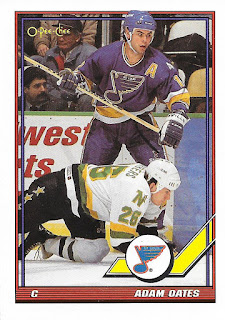 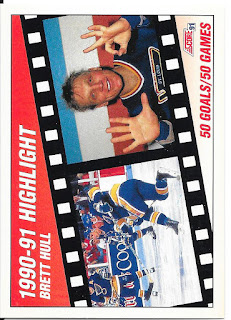 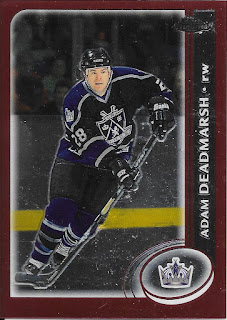 This is only the second card from 2002-03 Topps Chrome that I have. I like the card stock, but the colour a bit blah. Not my favourite at all, but new is fine... 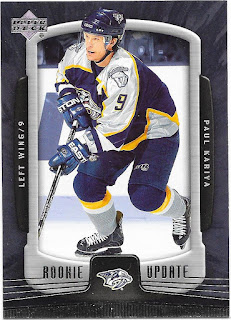 I have a handful of these cards, but hey - it's Paul Kariya and one I don't have. I am not a player collector, but if I were, he would likely be one of the guys I would collect.

So overall, not the greatest 6 cards, and I probably shouldn't do this kind of Listia win again, but honestly - I probably will down the road as surprises are always fun, even if the results cards aren't.