Just a couple quick Listia wins for sharing today, but the two different auctions allowed three small items that work for my collection. First, a couple adds to the 1990-91 O-Pee-Chee set. Second, a Leaf card pick up. Third, an uncorrected error card.

That said, here are the those keepers... 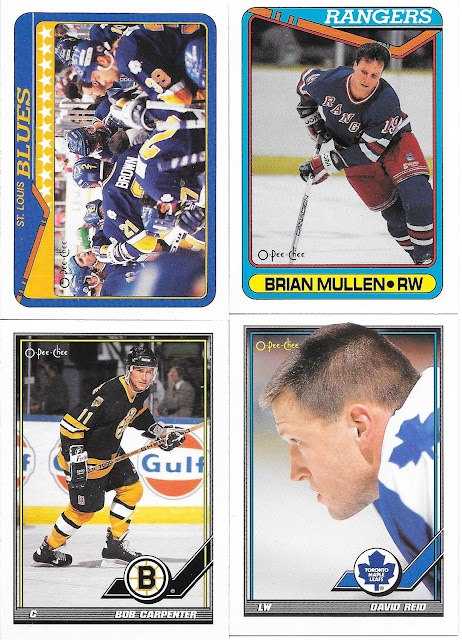 In my continued effort to complete the 1990-91 O Pee Chee set (not a big time goal, but a slow ongoing one), the top two cards definitely help. I can't say I remember David Reid at all - nt like the big names for the Leafs at the time, but that doesn't mean I treat him any differently - a Leaf is a Leaf!

The other cards I got which are dupes, if anyone is interested are:

I do have a boxed 1991-92 O Pee Chee set, but like having an in hand Leaf and error collection which is why I am keeping the couple noted above, the others here though - I have no need to keep. 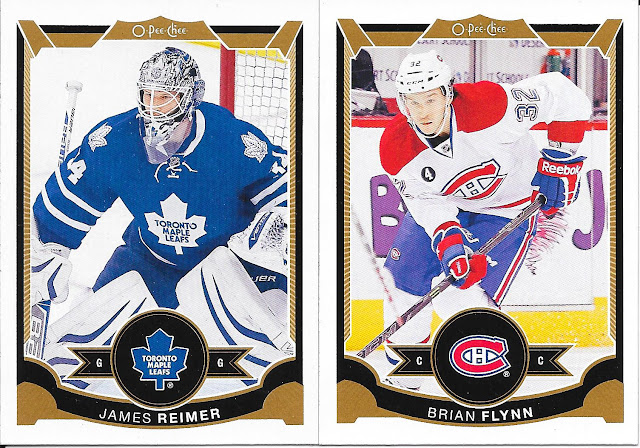 I like the simple design, and the Reimer standard pose is a nice one - even if I had to get a Montreal card with in given they were auctioned together...
Posted by CrazieJoe at 8:00 AM