Today I am starting with a bit of magic. Before we get to the pack, I was able to make 2 2007 Topps football cards into some Jays cards for my collection (thank you again to dsorek at tradingcarddb.com). We had done a few trades already, so no problem doing another, and always get some nice adds for the collection. 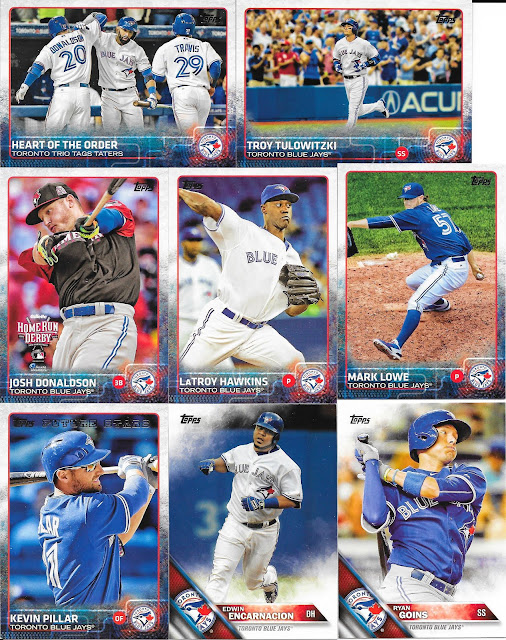 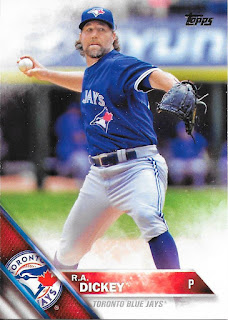 As much as I don't understand the need for an Update set having a base card called "Heart of the Order" - to me that would make a good insert highlighting the to 12 or so hearts of teams - I still really like that card. Almost as much as I dislike the ugly gloves Josh is wearing in the Home Run Derby card. Add in some nice 2016 base cards including EE, and this is a great little trade for me. Thanks again to dsorek!

Also, we have another dollar store pick up from the US with a 20 card baseball pack from PressTine. I picked this up because the Kyle Phillips Blue Jays card below was the one showing..and I think the pack worked out pretty well, but let me know what you think... 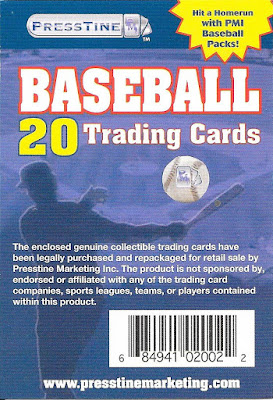 As I said, the Phillips card is why I picked this up, but nice to pick up two more (though I do have them both already). 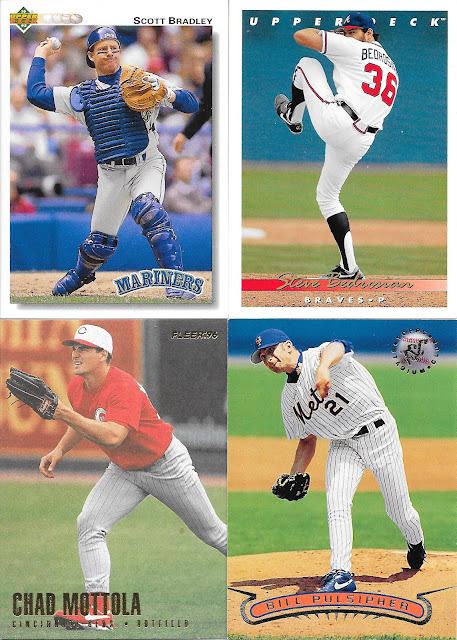 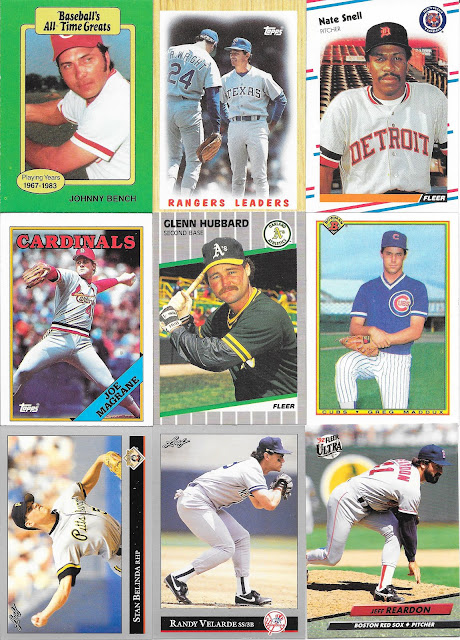 Ended up with a wide variety of cards (though mostly junk wax - but that's still alright). The Johnny Bench is a nice one out of the 1987 Hygrade. I have seen a couple, but this is the first I've had in hand.  The 1990 Bowman Maddux as a Cub is pretty nice as well - always odd with the early non-Brave cards of his... 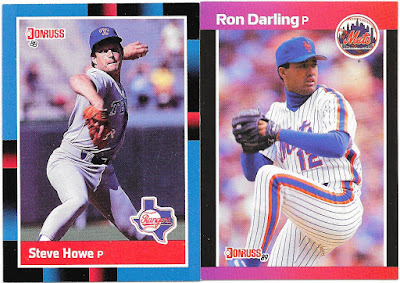 Unfortunately the couple 1989 Topps cards were both ones I had. Given I got an extra card (there were 21 in the pack), I can allow the fact there were 5 dupes in the group.

Overall, I'm happt with the three Jays and the fun of opening these (the Bench card helps too).
Posted by CrazieJoe at 8:00 AM