So, I received a trade request on tradingcarddb.com from someone looking to get about 30 of my 2005 Baseball Upper Deck Classics dupes - so right off the bat, I was full into doing the trade and turning these into something for my collection. What was offered up was a bunch of 1989 Topps for the set I was looking at completing, and a number of Jays. So before this, I had around 170 cards to go on the 1989 Topps set and now, down to a manageable 30 or so. Now THAT is a dent!

Rather than show all of the 1989 Topps cards I received, I figured I'd show some of the highlights... 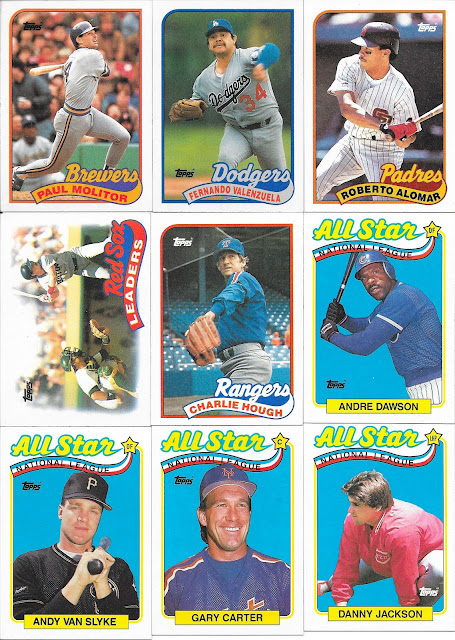 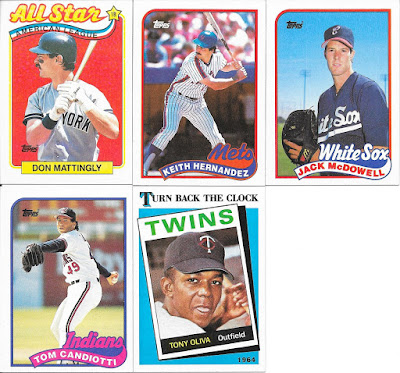 Some nice big names and pre-Jay players like Molitor and Alomar, as well as some of the All Star cards I was missing. Also, I really enjoy the Turn Back the Clock cards as well - so nice to get another.

As I mentioned, in addition to these, a bunch of Jays came as well, and those, I will show all of. 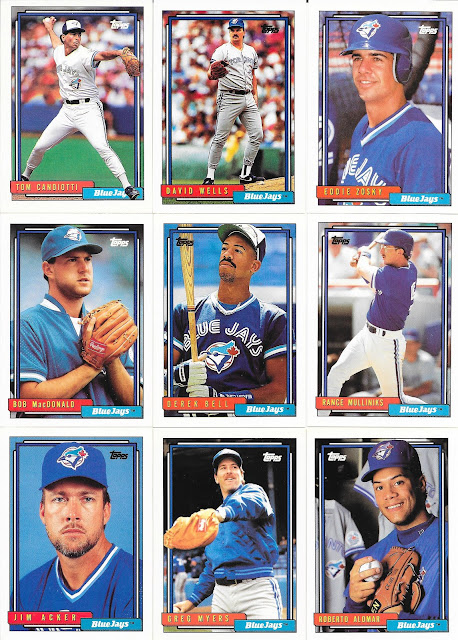 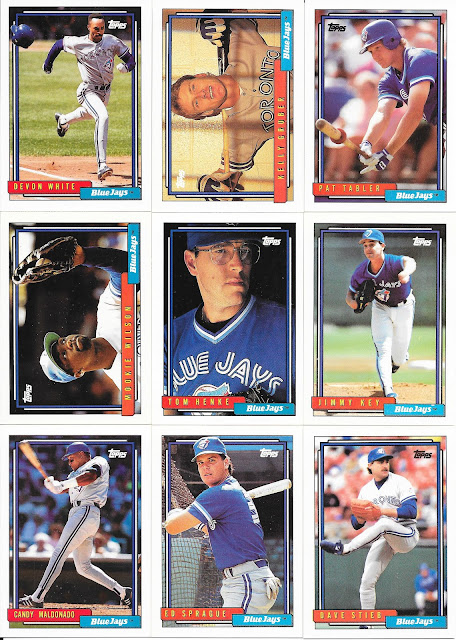 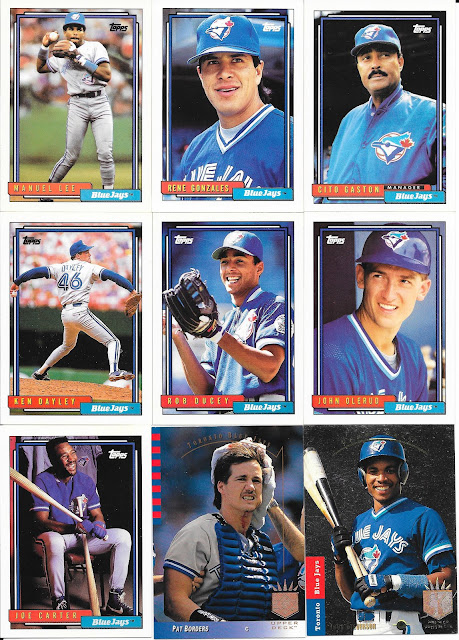 A whole bunch of 1992 Topps base cards. I only had a couple (I think I had a number of O Pee Chee, but just not Topps. These fill in a lot of wholes, but it is also that I like a number of these photos. For example, some are just so appropriate like, Roberto Alomar's smile - this is how I like remembering him (not the late career spitting incident). Devon White outrunning his helmet showing in classic form, his speed. John Olerud...just looking like he is 14. 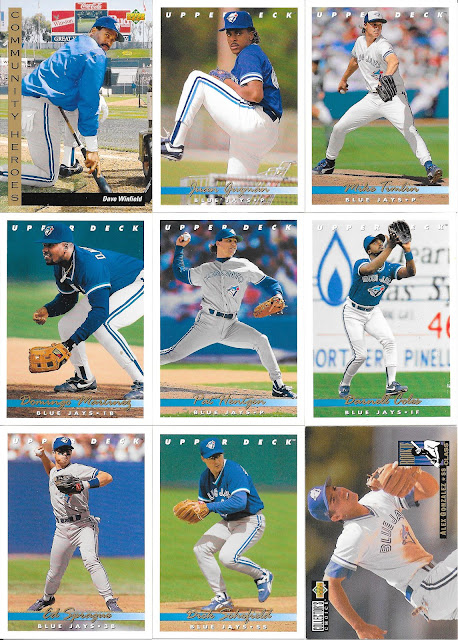 I had more of the 1993 Upper Deck set, but was still missing some, and now only have a few left to go. 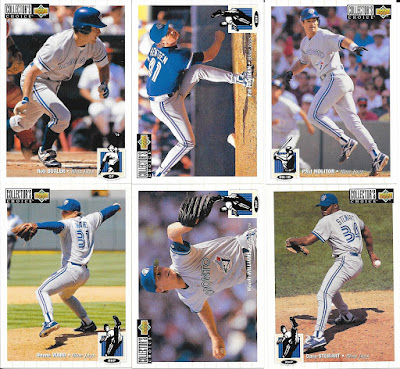 I don't mind these Collector Choice cards, but they do feel a bit more generic and without the same personality as even the 1992 Topps above.

So thank you again to TCDB user NetScans - appreciated the trade and adds to the collection. Thank you!
Posted by CrazieJoe at 8:00 AM