So I don't do current release crazes. I didn't even bother going out and getting packs of hockey cards at Tim Horton's when the 2016-17 hockey cards were release. I did ask a couple people to pick up packs for me as a Christmas idea though.

I did of course start keeping my eye open on Listia for any of the cards that I really wanted (see Maple Leafs). I may be paying a bit of a premium, assuming there are people through the US without easy access to the cards, so willing to pay a bit more, but it worked out alright below.

I was able to pick up sic of the seven cards for the Local Leader insert set, as shown here: 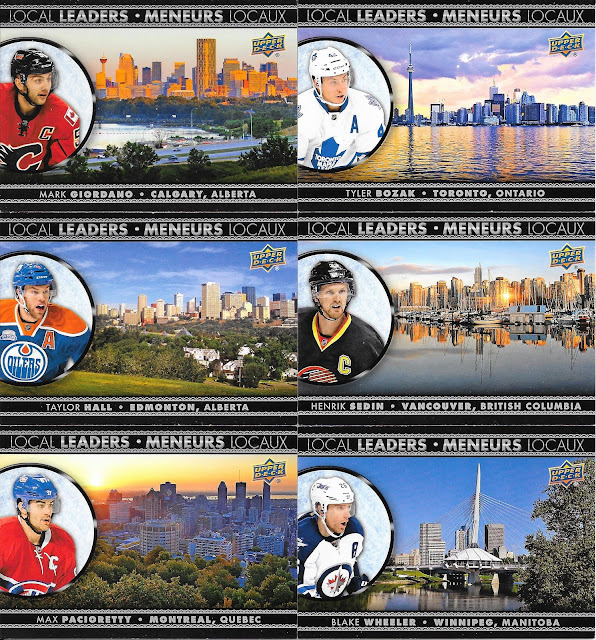 I obviously wanted to pic up the Bozak card, but given I was able to get 6 of the 7 insert cards in one shot, figured it may be a good pick up to be able to search out the one final card to complete the set.

That aside, the city shots are quite nice and make for picturesque cards overall - not sure if black for the border was the right call, but it is ok. Would make for decent photos on postcards.

Anyone else out there collect the set feverishly - or with an extra Ottawa local leader card up for trade so I can make quick work of the insert set?