So there was that small vote that happened south of the border yesterday, if anyone happened to hear about it. I do follow along enough because Canada is obviously impacted with such things from the US. It was quite interesting to watch, and I know everyone has their thoughts and views and are entitle to them. I'd say generally Canada would have been voting Clinton last night for what it is worth (yes - massive generalization of course). Most importantly, I hope everyone was able to get out and vote - participation is most important. Still, president Trump is going to be something...what, I'm not totally sure if yet, but he will be something.

As I have done a couple times on the Santa Lot so far, I struck a whack of cards front one set, so instead of stretching this out over a fee days, here is 60 cards in one post. Since we have seen a number from this set already,I figured back scans for a change.

Unfortunately with the cards, and a few times in the Santa Lot specifically with 1991 Upper Deck football - some of the cards were stuck together just on the edge. Most of them would pull apart with no damage, but probably 5 or 6 here took a bit of card along the edge from the card beside it. As there is an off chance to complete this set, I am keeping these for now, but if I don't get the complete set, those cards will end up with my son to play with.

For anyone familiar with early 90s upper deck, the card setup is very consistent in their flagship base set. Fairly large picture in the right half, stats and or bio in the left along with name and basic stats. A solid, basic, design. Add in the standard foil stamp and it's can't miss upper deck. 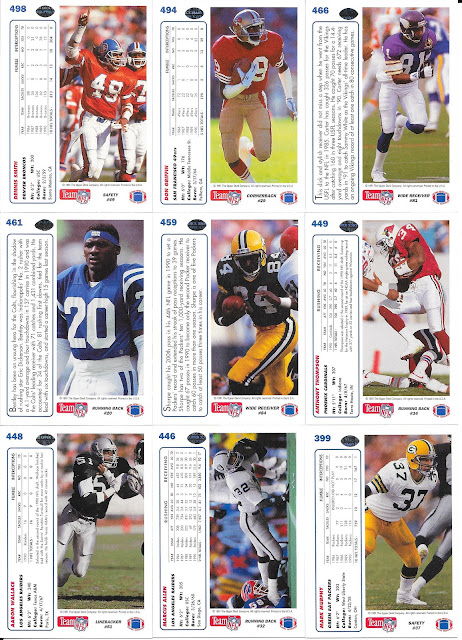 Decent photo work all around, but I like the stretching on Marcus Allen working for every inch - very nice shot. 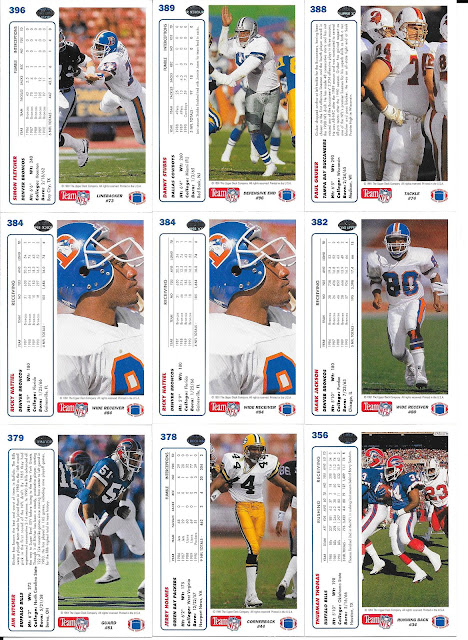 Only one duplicate in the 60 cards - just \Ricky...though probably half of these are duplicates from cards already pulled... 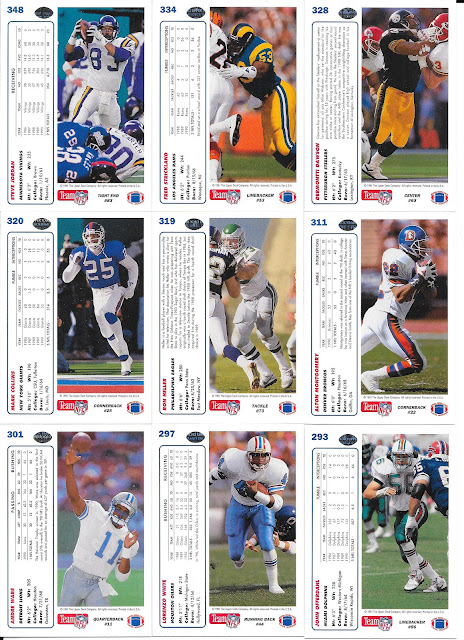 You can't see it in the scan, but the worst damage to a card is on the Montgomery card, the left side just above his name. Again, as it is the white and just at the border, can't see it that well on the scan, but quite noticeable in hand. Unfortunate, but what is a bit common with these cards in particular, especially if they have been pushed against each other for a period of time. 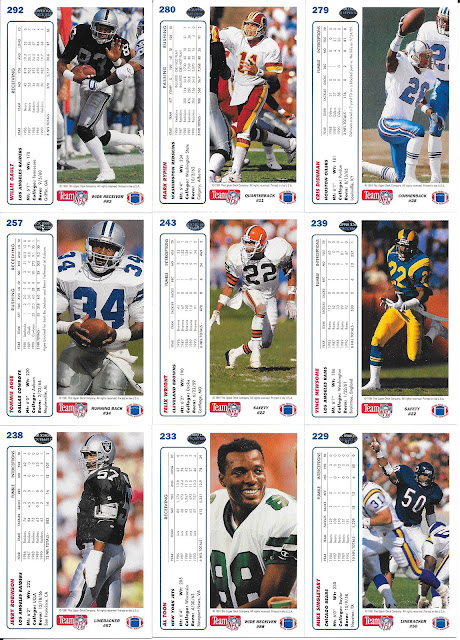 Another problem with the old upper deck cards was that the foil emblem could be damaged somewhat easily. For example, you can see this on the Agee card above. Just a couple nicks, but noticeable again. 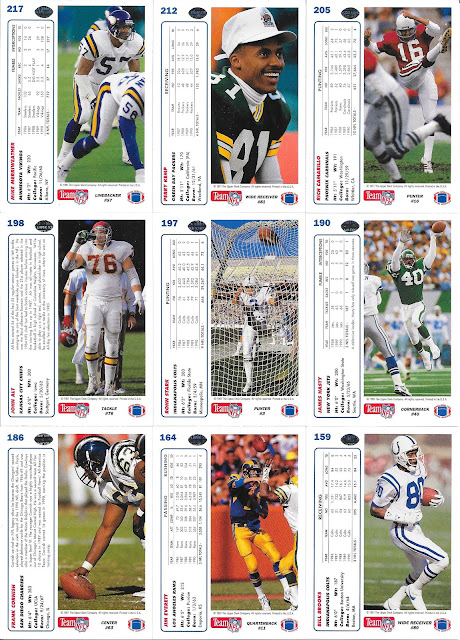 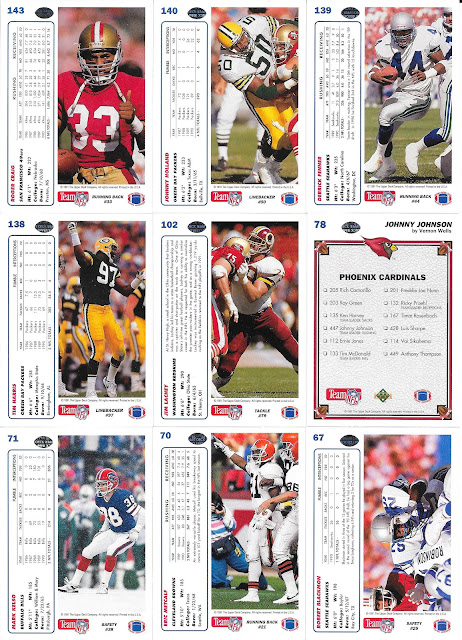 The team checklist cards are fairly straightforward in listing the cards for each team which are in the base set, such as the Cardinals card above. 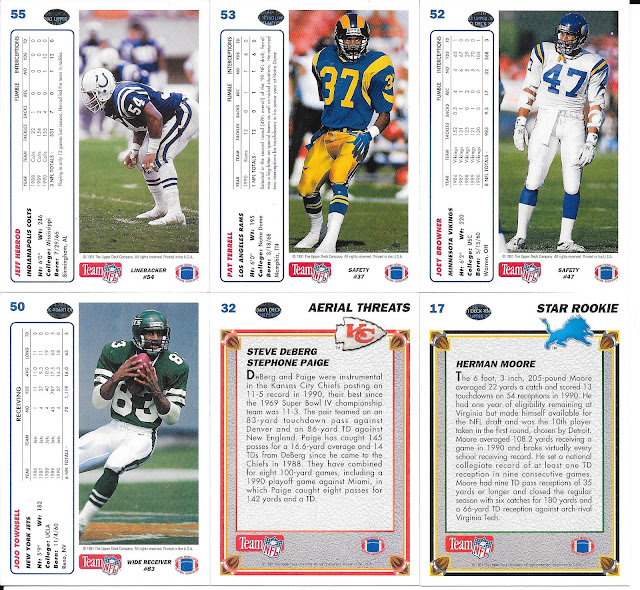 Aerial Threats and Star Rokkie cards have a write up on the back only, but decent write ups atleast.

There you have it - plenty of football cards today...hopefully something a bit more to my collection tomorrow!