Going Retro and some EE

The latest Listia win is a couple of Edwin cards I probably wouldn't pick up otherwise since I can't justify spending $4 or so of actual money on these... 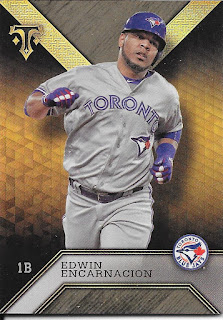 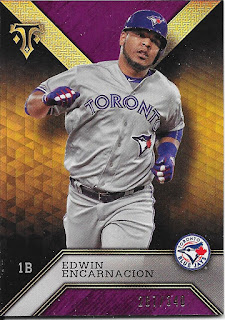 2016 Triple Threads cards. These are nice and thick cards, like most memorabilia cards, and the one parallel is numbered to 340, so I didn't want to pass up the chance to add these to the collection. The nice shine doesn't show in these scans, but they are great in hand.

I have two trains of thought on retro look cards. I like the homage being paid to the older sets, such as in the highlight today below. I don't like when it is done and either; there are no difference between the two sets (original and retro) or it is a player that was around at the time of the homaged set. Generally the first isn't an issue, because if nothing else, the back notes the years and you can figure it out, and depending on the sport and how retro we are talking, the second typically coming up when the base sets have cards for hall of famers or legends, and then the retro parallel homages a year during which the legend played.

I can't wait until someone 30 years down is collecting "vintage" cards having to figure these things out... 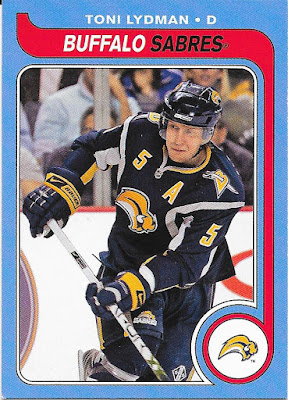 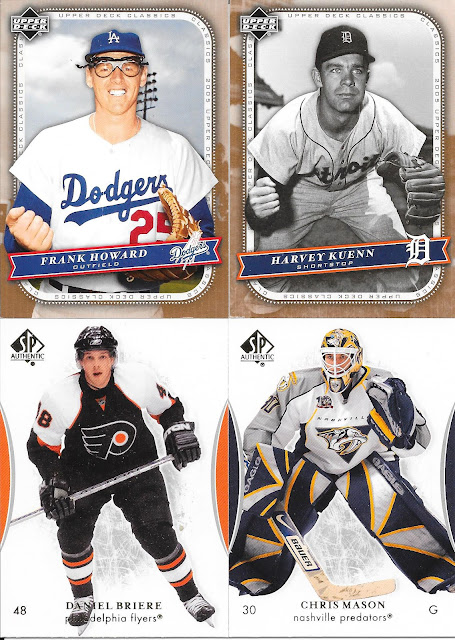 Speaking of retro - Frank's eye wear is just that. Great to get the couple more 2005 Classics cards though - not going to complain about that. 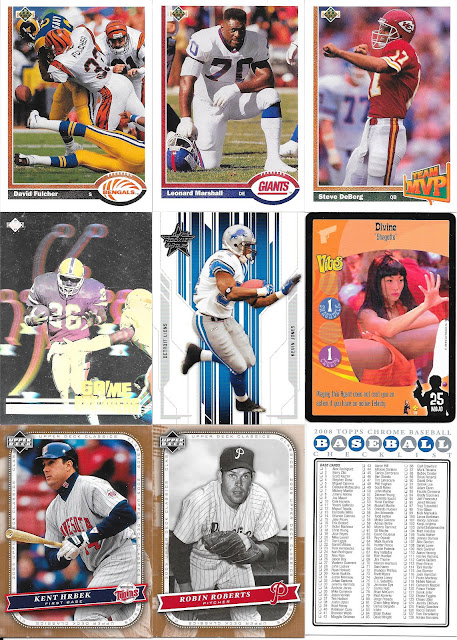 It would be interesting to have a football set which was all posed photos like Dan McGwire's above (which is card #1 from the 1991 Upper Deck set). Background is a bit blank, butotherwise could be interesting.