An influx of Heritage and another completed set...oh,and that game last night

Well, we haven't come across much baseball through what is roughly, the first third of the Santa Lot. At least today, there is a quick section of similar cards - like we had a bunch of 2005 Leaf Certified Materials. Here though, we have some heritage, which is great because I have not seen much of this before, let alone have much of it.

Also quite fitting given the game 7 last night. You knew going in, one city would be celebrating a win that had been many decades since the last such celebration. Such a great back and forth game, and the drama including the homer in the 8th and the rain delay before the 10th - just wow. Congratulations to Chicago, and a game that supports what people enjoy about watching baseball. 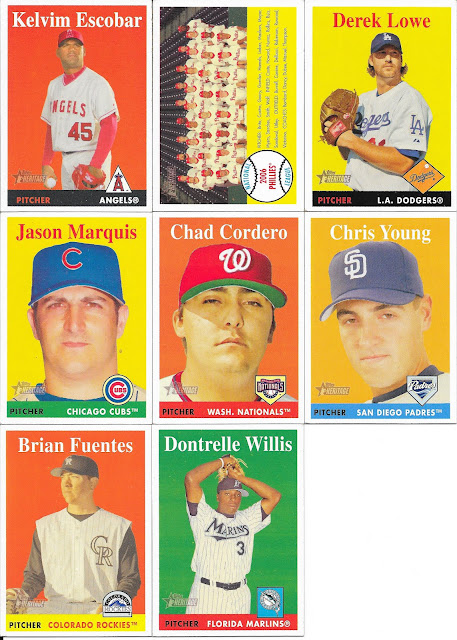 Classic look which is nice, though the touch up job on the cap of Chad Cordero could have been better done. I assume it is done in a similar style to the old set, but just a guess.

With these, I have now completed a second Three Star Checklist 2006-07 McDonalds insert set. I will look to get rid of one of these and keep the other, so if anyone is interest, let me know. 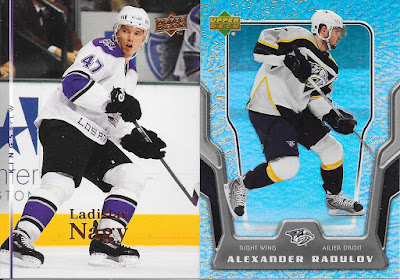 With the couple highlights above, even getting another McDonalds card gets bumped today to just another keeper. 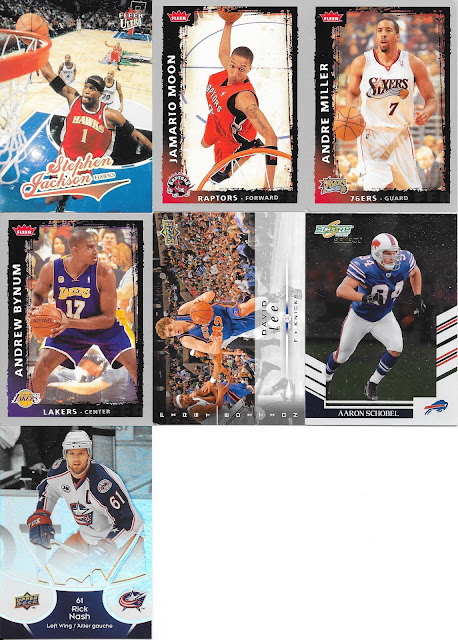 Honestly, I can't say I remember the Raptor Moon - but I think that just shows that I don't follow basketball that much. Separately, I like the 2009-10 McDonalds cards, but would love one other than the three Rick Nash cards I now have...