Ol' McDonald Had A Cup...and Oh Henry too

Oh Henry issued a number of Jays team sets, though honestly, I don't have much of them. So when I saw 9 cards from 2000 on Listia, I had to jump to pick these up... 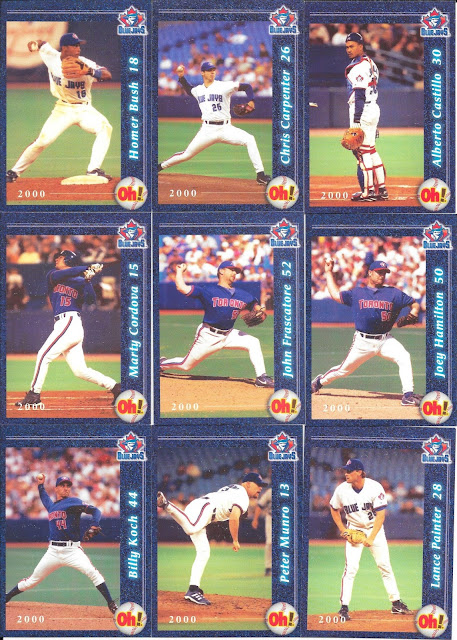 Back when the Jays were very hands on, having both a Carpenter and a Painter in their pitching staff as well as the baseball appropriate named Homer Bush. Homer is one of my favourite baseball player names since I don't think there are any players that have been names Groundrule Double or such.

As for today's Santa Lot pulls... 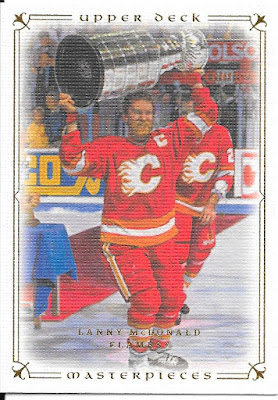 Still continue to trickle in some more 2008-09 O Pee Chee needs which continue the growth of the cards I have knocked out of this large set. 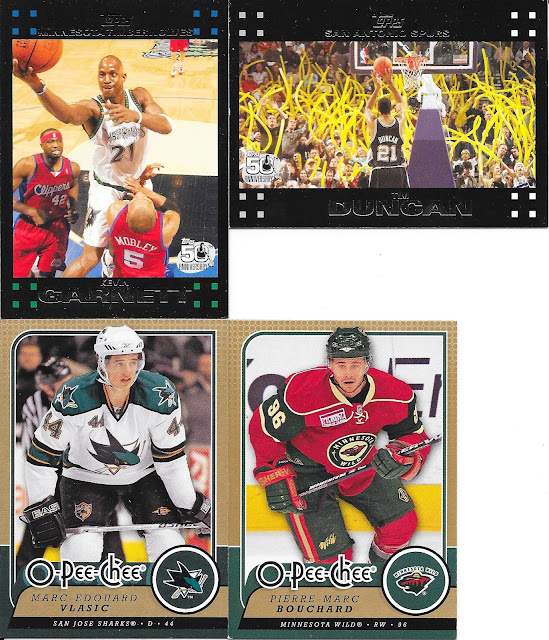 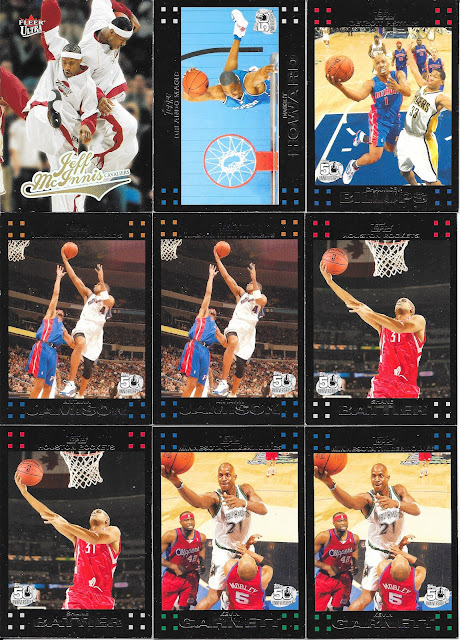 I really like the Duncan card for the background. A great picture of crowd involvement with Duncan at the light shooting a free throw. Also helps to know I have a few Kevin Garnett cards, so he won't be a last hold out for the 2007-08 Topps set being completed.