Let's start this post with a one card Listia pick up of an elite player... 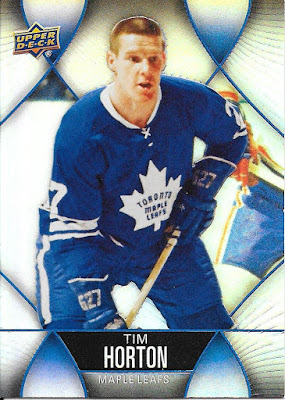 19 cards of the 20 are new to me - basically 20% of the base set knocked off in one grab - not too shabby. Unfortunate it is a football set, but can't win them all. Since it is just a straight block out of one set, we will forego the usual structure and just take a look at the cards here... 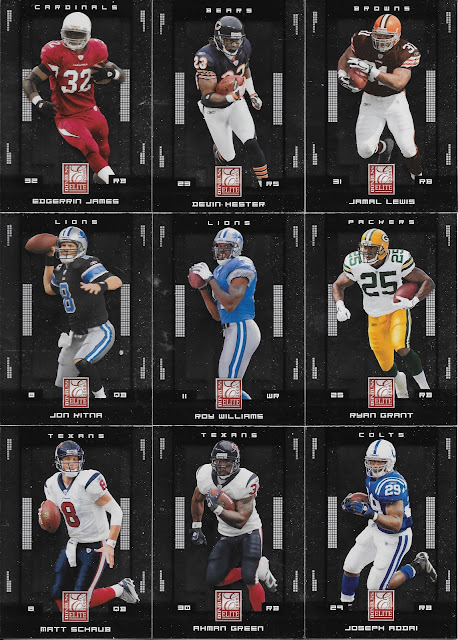 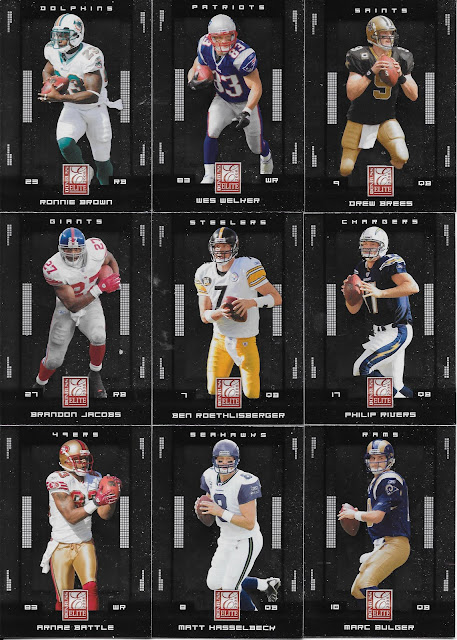 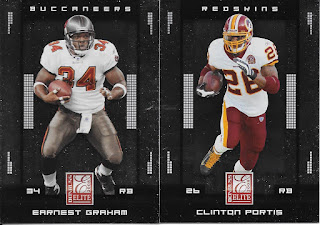 As much as the fronts are nice - and not to mention shiny - the backs bother me so much as they just show a single line of career stats. I want detail, I want year by year stats, and I want to be able to see from these how their career progressed.

There aren't a lot of names I know. Of course I know Drew and Ben, but that's about it. Funny how a lot of the time it ends up being the quarterbacks that non-followers know. It makes sense I guess since a lot of the time wins and losses fall on the QB more than anyone else, but still - would think the odd running back would fit in too. Though - when was the last time there was a defensive player so good that even non-football fans would recognize the name? Curious if anyone has any thoughts on that one (let's ignore coaches and just look for in the game players).

Overall, the set is about 45% done (100 base cards being counted for this base set - ignoring the rest similar to 2003-04 SP Authentic basketball).