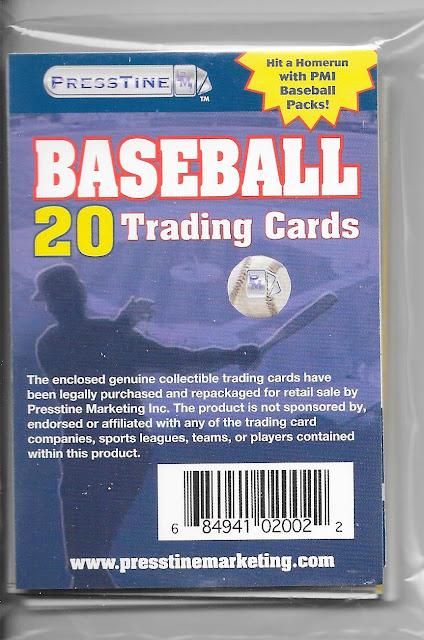 Did well on the first one of these I opened, well, here is another that I picked up back in August on our trip to Rochester and Buffalo.

Some 1987 Fleer and Topps, including Whirlybird - or atleast according to the back of his card, that was the nickname that Bob Walk's teammates gave him.

I have to say - Dave looks pretty relaxed, laying in the field waiting for the ball to come it - really doesn't look like a mid slide pic.

Getting out of the "junk wax" years and into the mid 90s with a nice Moises Alou sportflix card.

A few sets I only have one or two cards from - so nothing I see too often at all. 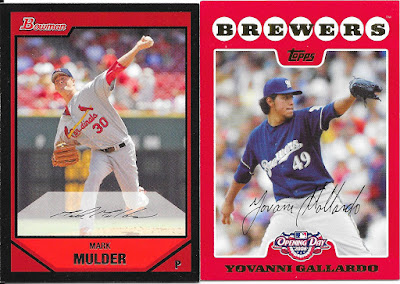 Very red and very much sets I have not seen much of as well. Wasn't sure if the red border was the base set when I picked it up, but it seems it was for Opening Day. 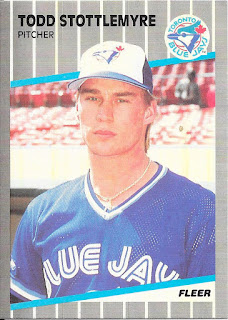 Yay - second copy of this Todd card, in case I ever decide to try and collect the set (not even on the radar right now...) 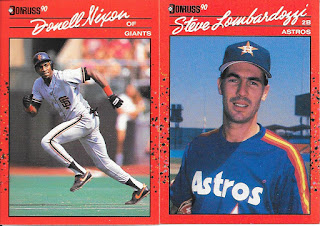 With all the cards, these are the only two which I already had so the pack bats well above average there compared to the Santa Lot 20.

Overall, decent pack, but not as good as the first.
Posted by CrazieJoe at 8:00 AM