Want to share a nice pickup from Listia where we get to say a nice hello to Tony Fernandez. Tony was a good, solid shortstop for the Jays in the late 80s through early 90s. As you can see below, he also went on to spend a bit of time in San Diego and all over New York. 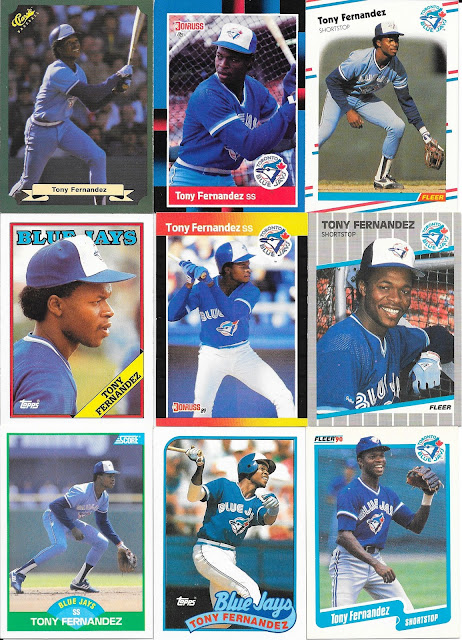 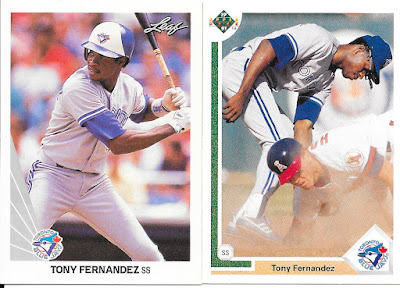 I really like the Classics card. Although the photo and trim is quite dark (and green), it is a good, early card and I love the smile on Tony in the pic. Most of the rest of his cards as a Jay are standard fair for their respective sets, but since I mentioned the smile on the Classics pic, interesting that there are a number more here. Just goes with his demeanor I think as he was always generally a happy guy enjoying playing the game.

Once he left Toronto...poof...as you can see, the smile is gone. Coincidence? Probably....

As we are in the holiday season (start of December counts for me - even if September seems to count for the big box stores) it only seems appropriate to has some greenery appear... 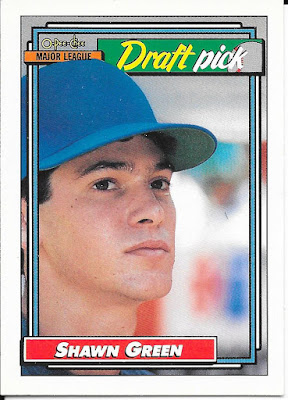 It seems to be that the card is considered, for team purposes, a Blue Jays card, so it will be put into my collection as such. It is great to add to my collection, and being O Pee Chee - probably harder to find versus the Topps version (not ridiculously hard, but maybe a little more scarce. 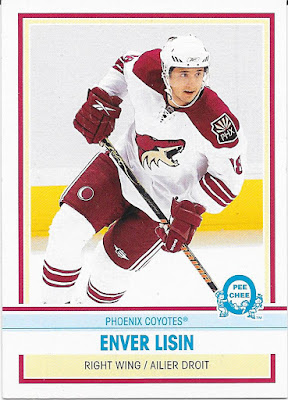 Enver is not a player I know by name. Looking him up, he player a few years in the NHL before heading to the KHL around 2010. 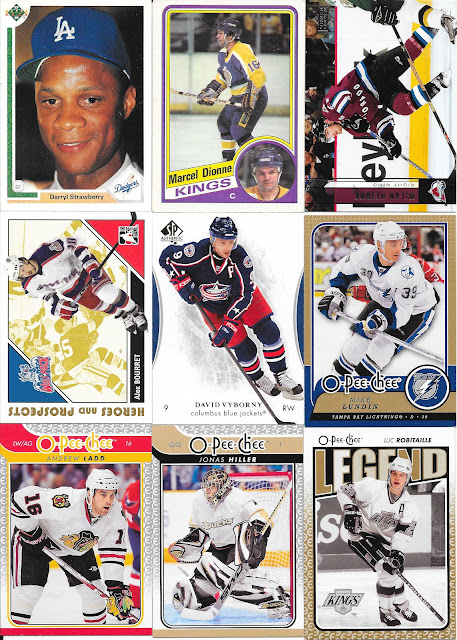 The first two are my favs of these. Always liked Daryl Strawberry, even if things didn't work out for him personally - enjoyed him playing the game. Also, any pre 1986 or so hockey cards will get my nod, so happy to pick up the Dionne, even with the ugly Kings uniforms.

Not a big fan of the Legends design on the 09-10 O Pee Chee - personally preferred the prior year better. 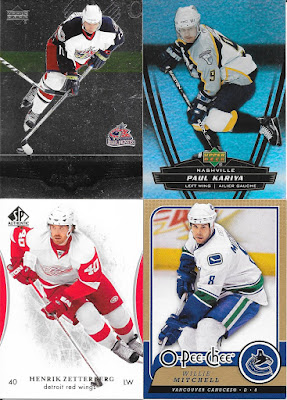 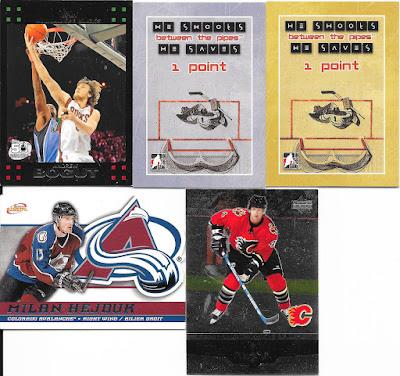 Nothing to speak of here other than the couple nice McDonalds dupes.