The lull between Christmas and New Years...generally now it just means Junior World Championship hockey, and trying to enjoy the few days left until the new year and the unofficial start to busy season at work (January through April). 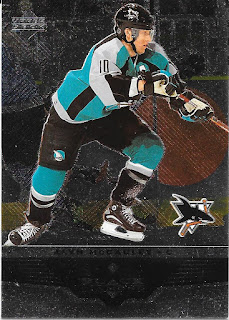 Yeah, not a lot today so I had to go with this card for two reasons. First, ex-Leaf, and second, of the cards keeping here it is the one that isn't horizontal...which still bugs me. 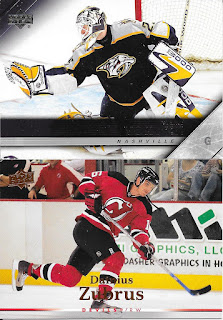 Decent goalie picture for the Vokoun card. Goalies always have the most chances at getting a great photo of an action save. Be neat to see a set of just such cards. Actually, there probably is such a set out there... 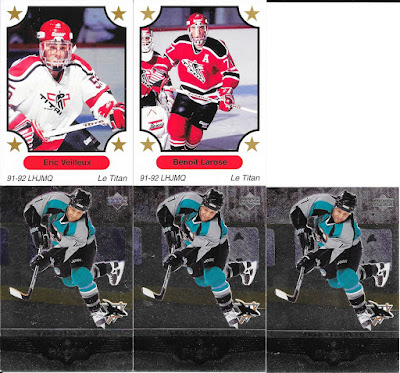 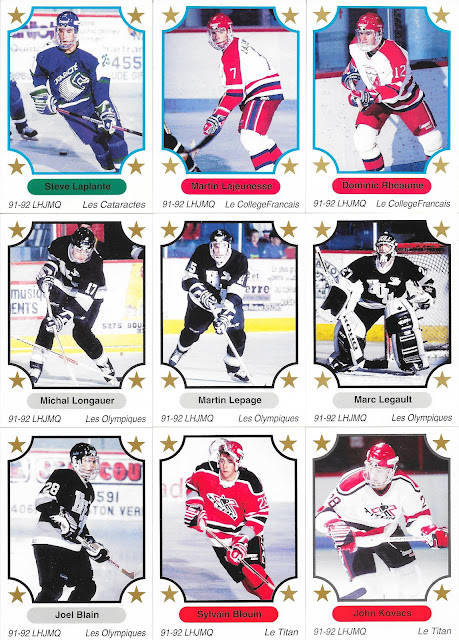 A whole lot of QMJHL cards today, though none that bring out a household name. Also, kinda stinks to get the three copies of Brad Stuart in the one pull, but can't win them all.