Continuing with the classics

Before we get to the classics from the Santa Lot, a quick classic coming from Listia in a one card win. 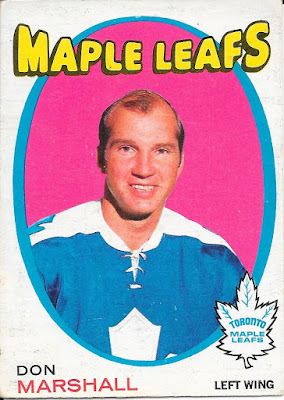 Excellent 1971 O Pee Chee. Don Marshall only spent his last season with Toronto - most of his career was with New York and Montreal. This is actually the first card from the set for my collection as well, which is nice to have added as well.

It seems we continue to see more of the 2005 Upper Deck Classics set in the continued quest to complete the set which would be a great little Christmas gift if it happens in the next few days or so. Heck, I'll even take it as a New Year's gift! 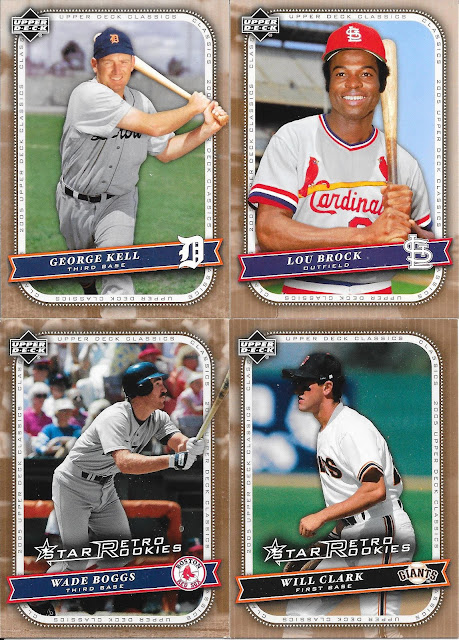 Awesome Lou Brock card with a killer smile. The cards that obviously connect a bit more with me are the retro rookies because I remember seeing both play as a kid. I'm not generally one for caring about values of cards, but figured I would take a peek to see what the difference was between the normal base cards and these short print retro cards. Depending on the retro rookie, the values are definitely a bit higher - nothing to fancy but could be up to $10-$20 though that seems to be for the Mantle, maybe one or two others. Curious just in whether I should expect to see these in the Santa Lot or not and I would say there might be an outside chance then. 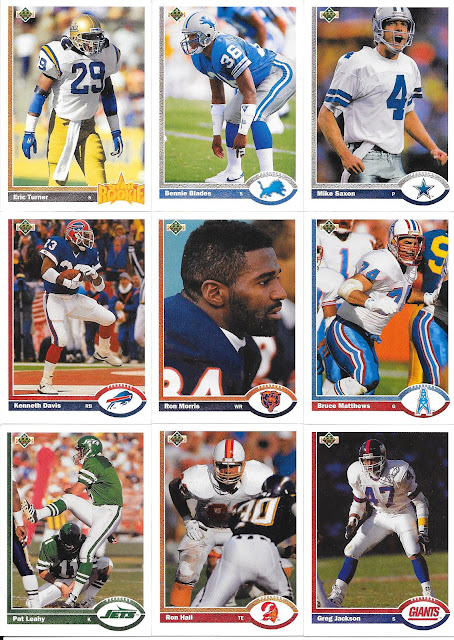 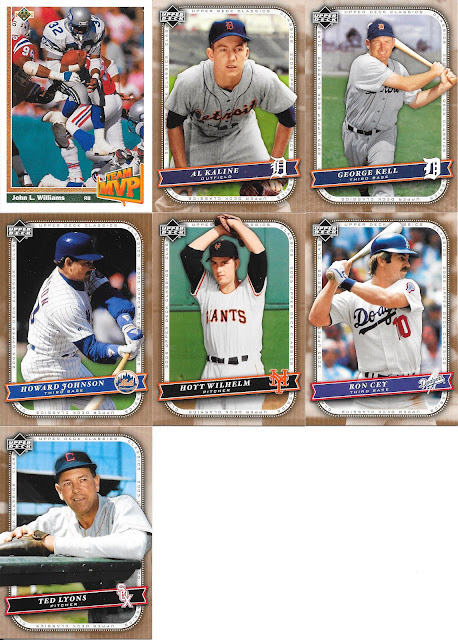 No keepers other than those above, but some more Classics here as well as more 1991 Upper Deck football. Seems to be in regular order these days...a fair trade off I guess.