Before we get to the Santa Lot 20 for today - Linda McMahon, wife of WWE head of everything Vince McMahon is part of the Trump administration. Regardless of whether this is because of the significant donations made or close relationship the McMahons have with Trump...it is....interesting. I am not sure how to take it, and not sure if the "closer political ties" will have an impact on the WWE, but only time will tell. Hopefully this is as close to being "in the White House" as a McMahon gets. Don't get me wrong, they are great with what they do - sports entertainment. I just don't want them running the US....Canada would end up the tag team partner that is always hung out to dry until they can make the hot tag to the US....

A nice insert set from 2007 Topps football, though we have seen some of these, and some of the basketball variety before - these are all new to me. Being a numbers guy, and that these are all stat driven, I like the content of the cards, if nothing else. 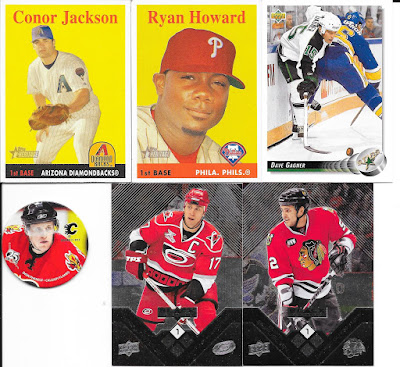 If I was ever dreaming of being on my own hockey card, I would not want it taken over by someone waiving their backside around - pour Dave....

Also don't mind the Kessel Pog - when he was still a decent player - it seemed to dwindle a bit for Toronto. I think Toronto tried to make him "the guy", but Phil wasn't a good guy, wasn't a bad guy, but was just one of the guys - I don't think he had much support, but couldn't really steer the team. 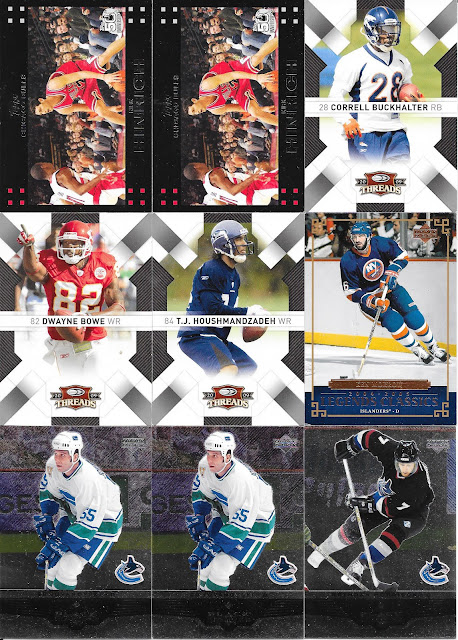 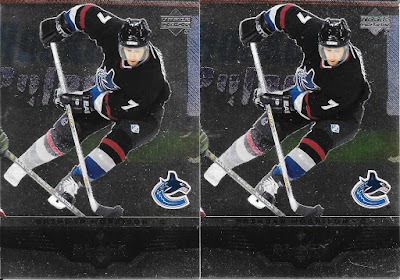 More Canucks than I wanted - and no variety either - boo!