A gift from a week ago and lovey some McCovey

I have been watching wrestling since 1984 or so (age 4) and have never really wavered from it. It hasn't, for some reason, taken up a section in card collecting (yet), but I do have a few 8 by 10 and such, autographed items. Well, this past Monday, Monday Night Raw was in Toronto and both my sister and brother ended up going together (he is a huge fan also, while she goes to see Roman Reigns....sigh....). Well, so happened my sister knew security and long and short being they were allowed in for the meet and greet which included Dana Brooke and Titus O'Neil.

My sister took a few pics and such, but they actually got be the following 8.5 by 11: 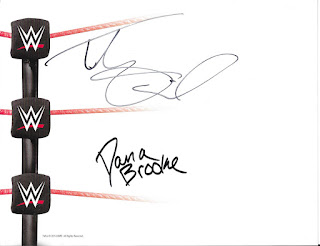 with both signatures on it. There is actually good room on it for framing, what I would like to do is get a (see any) Titus and Dana card which I can place beside the signatures (they fit nicely) and put it up for display. If anyone comes across either, let me know and we can work something out.

Happy enough to have this, but for the Santa Lot, no surprise by looking at the highlights below, that I am really happy today. 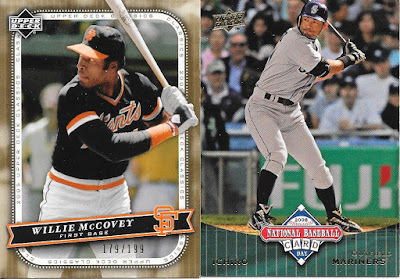 Absolutely love the gold parallel McCovey (nicely numbered 179 of 199 - first such parallel out of this awesome set. I am actually just finishing up Willie Mays The Lifer The Legend, and it's a great read, and touches a lot on his teammates as well, including McCovey. Recommend it for anyone who likes history in baseball - it's by James Hirsch. On top of it, just added fun for getting the Ichiro National Card Day as well.

So I was really lucky because one of these was stuck to the McCovey, and a couple of them bent in trying to pull them apart. The McCover ended up with a bit of residue of one of these on it, but I was able to clean it up thankfully and you can hardly, if at all, tell of the issue. 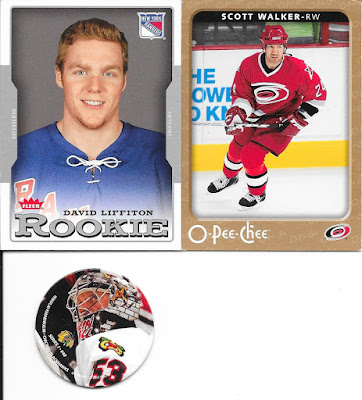 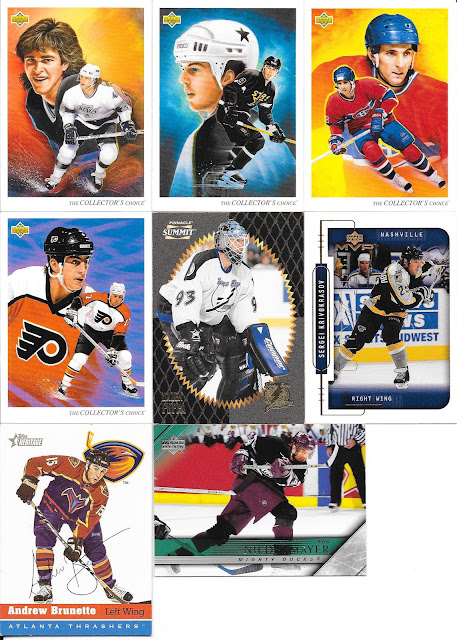 Little seen sets here which are awesome between the Pinnacle Summit Puppa, Topps Heritage Brunette, and 2006 NHL Pog. Besides, any day I need more than half the cards in the 20 is an amazing day.

The Robitaille reminds me how much hair Luc use to have - I definitely remember it post 80s volume... 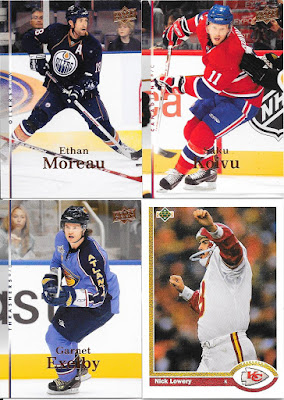