Birthday Gift, Not Another Box, and Take the Crown

First, a quick birthday related post (as my birthday was yesterday)...I got these... 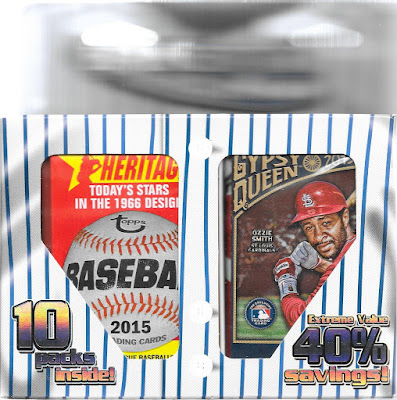 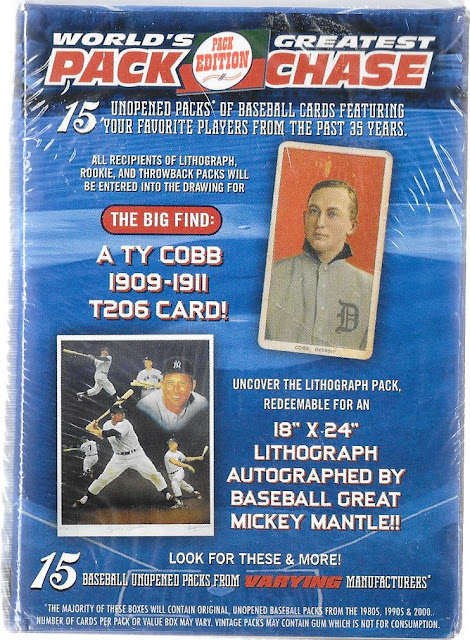 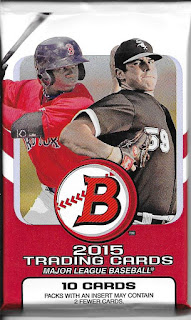 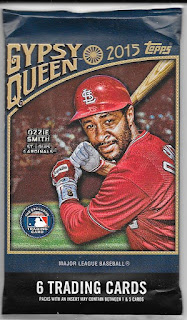 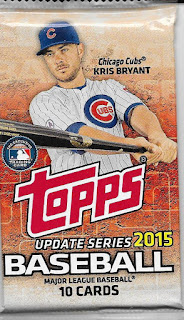 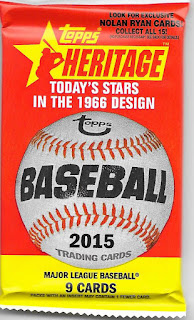 Out of the 10 packs, five to keep for the unopened pack collection. All relatively new, because frankly, I don't buy much as it is new.

As for the dupes which will be opened at a later date... 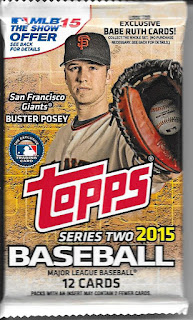 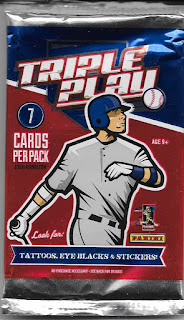 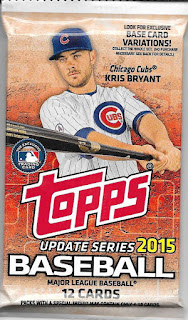 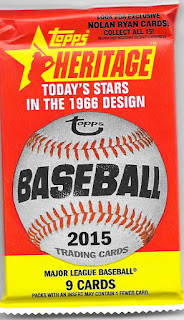 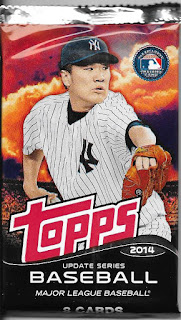 Looking forward to opening at least one of these packs - just to be clear, I am talking about Heritage, not Triple Play. The main Topps are nice too.

Getting to the World's Greatest Chase, the keepers are... 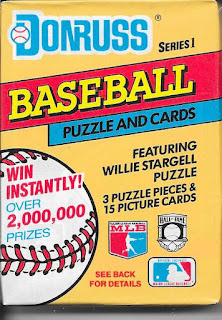 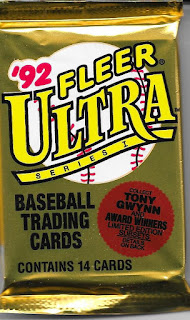 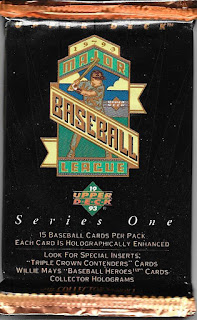 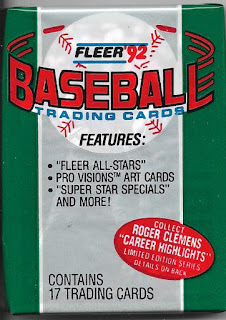 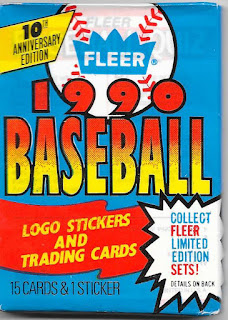 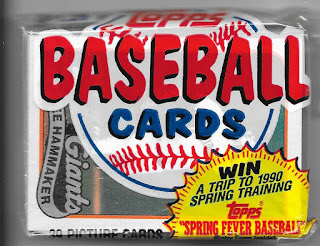 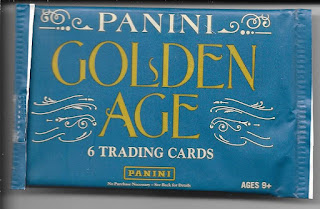 I am glad the 1989 39 card cello pack is new to me so I can keep it unopened, but the best one to me is the Golden Age - not a pack I see much of, so a nice pickup. Most of the rest, I had other variations of the packs (like the 1991 Donruss Series 1 - different ad on the back from the other pack I have).

For the packs I am saving to open later... 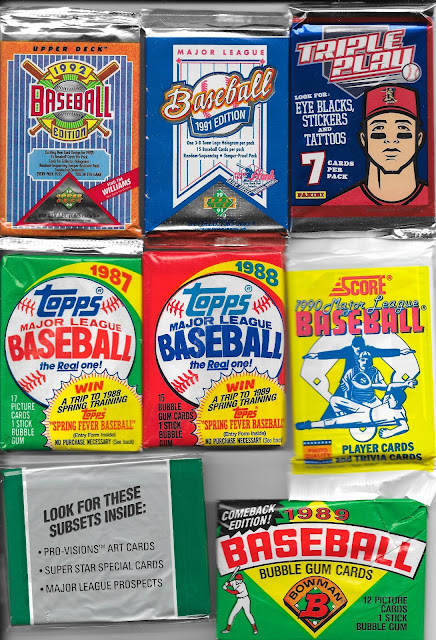 Bugs me when they do a section of rack pack like this 1992 Fleer.

Fun opening these boxes (which is why I picked them up to begin with), and some future interest in opening the packs I am not keeping unopened.

So Mike over at Not Another Baseball Card Blog had recently talked about an excess of 1987 Topps cards and I mentioned that I would probably collect the set at some point and wouldn't mind the cards, especially if the alternative was him getting rid of the cards. Lo and behold those, and a few other cards came my way this week. Let's start with the non-1987 Topps cards... 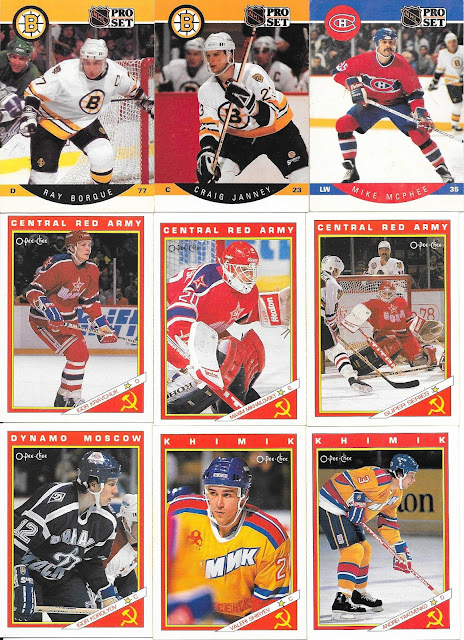 The 1990-91 Pro Set adds are cards needed for that set which continues on it's merry way (not quite down to a full list to share here, but getting close, and they are on TCDB as well). The 1991-92 O Pee Chee insert set is now down to just three cards to complete the 66 card set too. Really appreciate the help on these - thanks - especially as I know you aren't a hockey card collector (save for the couple player collections I believe). 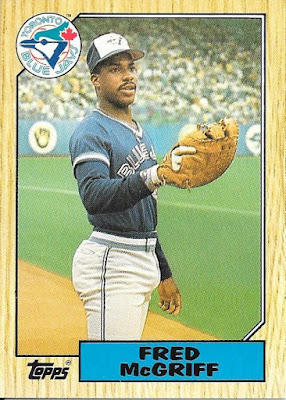 A nice Jays add as I have the Traded set sealed and complete, but like having another copy for the Jays collection.

Thanks again Mike, as always.

When I have these kinds of pulls from the Santa Lot, I am torn on whether it is a good day or a bad day. Reason is, I get something I wouldn't otherwise likely end up with, but really like having, but the trade off is - many dupes or cards I don't need. 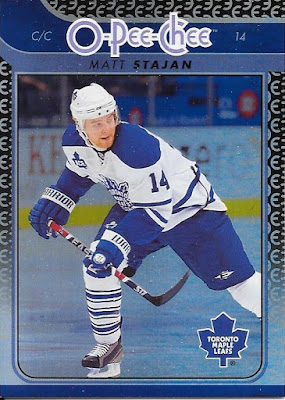 Very close to picking both keepers, but since this is not only a Leaf, but a parallel as well - it takes the cake today. Stajan is one of the Leafs I enjoyed most in the 00s, so glad to get the parallel from 2009-10 O Pee Chee. 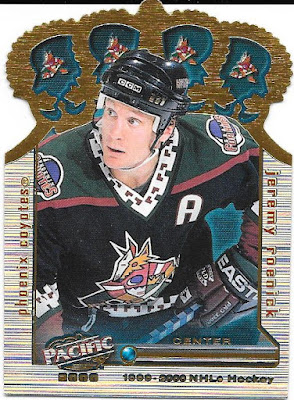 A nice die cut insert from 2000 Pacific. I'm not sure I love the design - I like the shine on the front, but a matte or flat finish would have been much better than the "scratch" look. 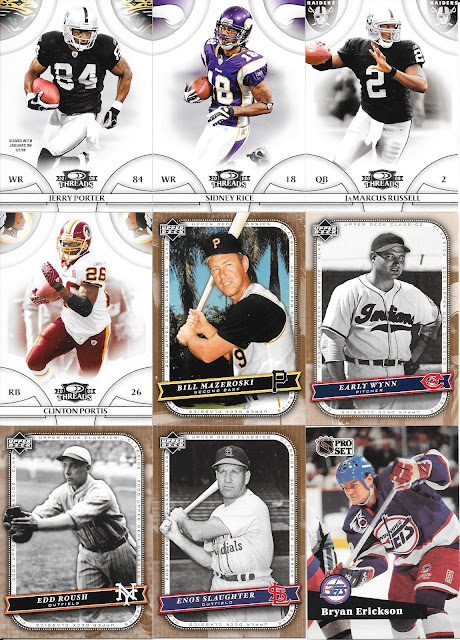 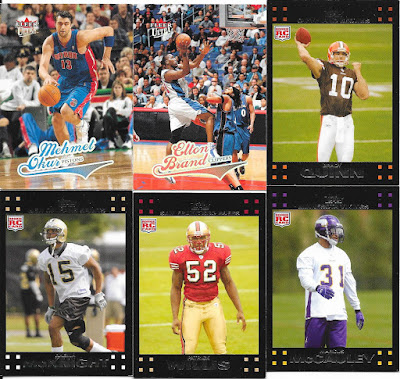