Before I get into the pack, a few more straight forward Listia wins. 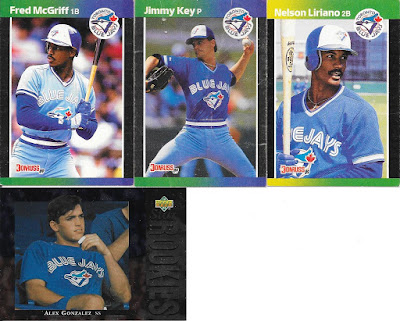 Each of these were separate wins, but all from the same seller. I didn't need the 1989 Donruss, but they were cheap enough, and I don't mind the additional copies for the collection. The AGon on the otherhand was new and a need. I think it may also be a printing error as the back is upside down (which would be an added bonus).

Today's 15 from Dollarama were an easy pick up. One of the best things about cards is they can capture a feeling, a moment, an unforgettable time, a story. Some times this is left to the person holding the card - a memory of a time, a player they watched growing up, etc. On some occasion, the story is laid out there in the card itself. Those are special cards to me, and the other recent one that comes to mind is the Bautista bat flip card. 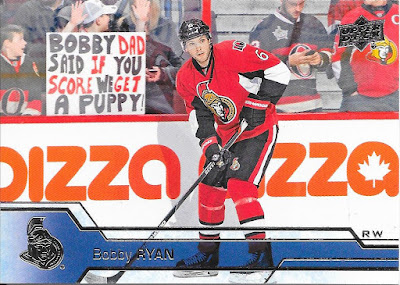 For those who don't know the story, the sign pretty much tells it all. Fact is, Bobby scored a goal in the game, the family was interviewed and the family did go ahead and get a dog. A very cute story, easily told all in a perfectly taken picture on a little piece of cardboard...I love it.

The rest of the keepers: 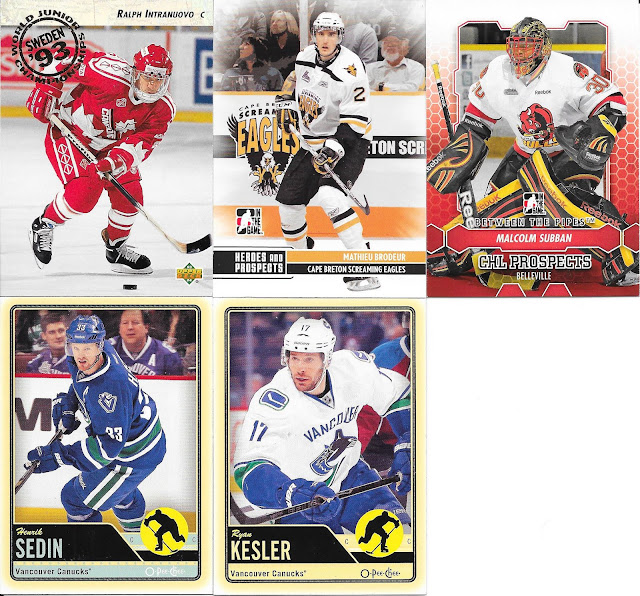 Still not a big fan of pre-NHL cards, but if I am going to get one, Subban isn't a bad choice at all. Add in the couple O Pee Chee and this was a strong pack so far.

There was also an insert... 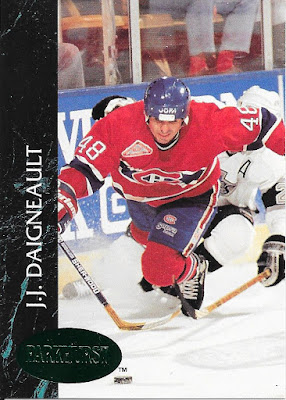 even if it is a Canadien...

As for the dupes: 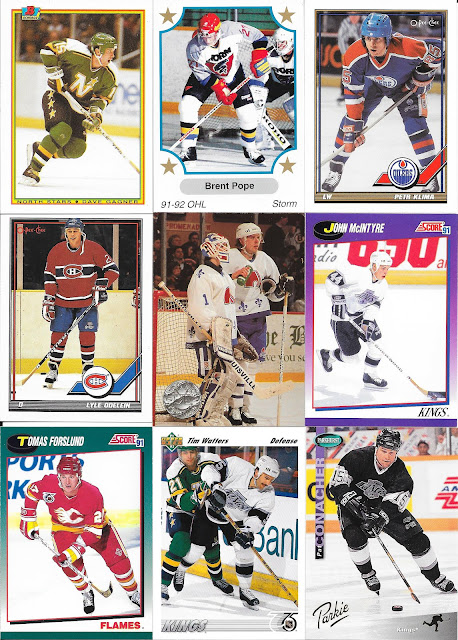 I only have a hand full of the Parkie parallels for the 1994-95 Parkhurst set, but this Conacher was still a duplicate surprisingly enough. Include the usual suspects otherwise, and there is the pack.

Still, with the Ryan card, a win to me overall regardless of the rest.
Posted by CrazieJoe at 8:00 AM