Before the feature presentation, I had to share this first. For anyone who trades cards by mail, please check out this blog over at Baseball Card Breakdown. I will say, the poor packages I receive are few and far between, and most of those are from Listia where the seller may not just sell cards, but I think everyone who sends cards should check it out and see if it helps in how they ship. I will say the one other thing I do instead of team bags is that I am fairly careful with opening packs of cards, if the wrapper is decent (open just at the one end), I keep it and re-stuff it, tape down an end and send that way when shipping. Almost as good as opening a pack of cards you know you will want all of.

So first question today...how best to judge if there packs are better or not. To start with, I'm obviously not going to get as many "new" cards for the set given I just pulled 50% yesterday and already had almost 25%, so it is hard to consider the percentage new cards heavily. I do expect to be down to a handful of cards needed for the base set before hitting the last stack tomorrow so we will see if that happens. Other considerations - Leafs of course and on the off chance I end up pulling a Bobby Hull HOLO. 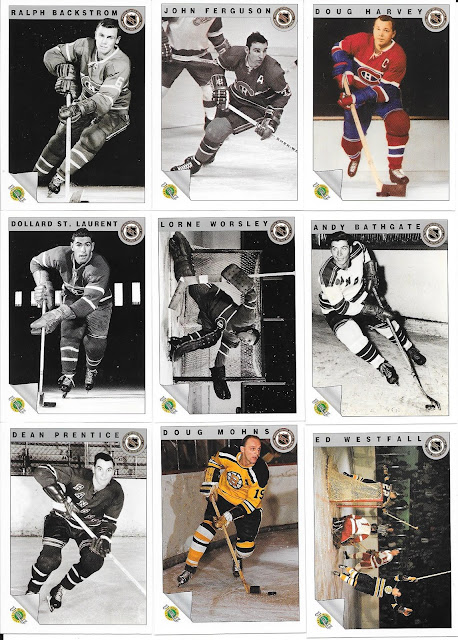 Non-Leaf needs since all the Leafs are accounted for. 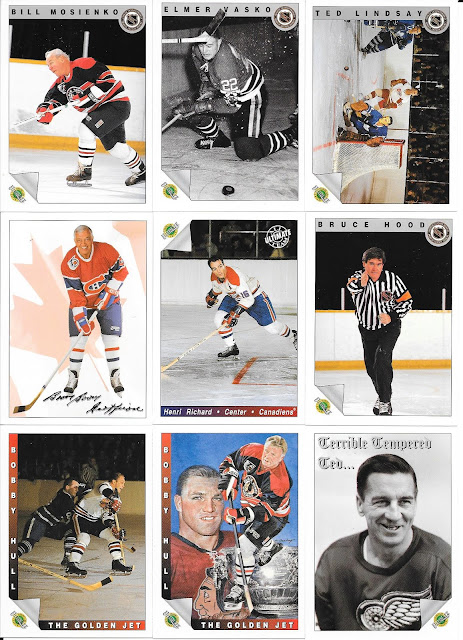 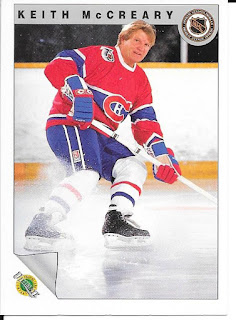 Having pulled most of the set, I think I would have liked if the silver border was used on all the cards. It suites the black and white photos, and would have been fine if consistent with the in colour photos. I get why they didn't go this route, but just my two cents.

As for Leafs, obviously nothing new, but did get some needed duplicates for the Leaf collection, beyond the set completion close at hand. All in, ended up with 19 more Leaf cards.

So what is the magic number before the cards tomorrow? 6. I still need a Bruin, two Blackhawks and three Canadiens. Geez - I guess I am actually going to be mildly un....sad.....to pull Habs tomorrow. I think I need a day to prepare for that....