Checking in with some hot prospects

Another set with a "pure" base set of 100 cards and then 156 cards that should be inserts - serial numbered, jersey cards, autos, etc. Fair enough set design, even with the complaint that a base set should just be...I don't know...base in nature. 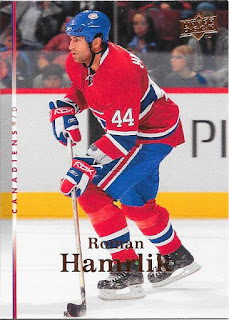 20907 Upper Deck Series 2....as much as there have been plenty of this series, still not done (not missing many), but this at least knocks one off. 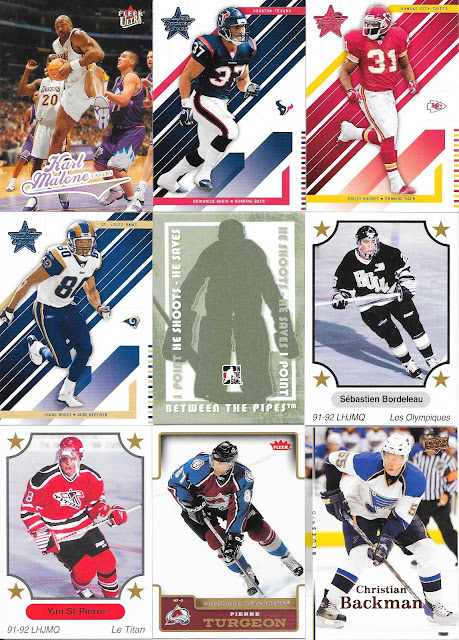 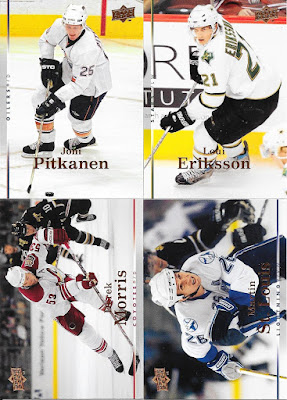 Speaking of sets that have a lot of "base" cards that aren't base - and that we see a fair amount of - 2003-04 SP Authentic basketball. I thought for a second I might have had a second complete set, but I am one card #83 Vince Carter short of that goal.