Another day another retro

As simple as that - the headline is the highlight, or at least one of them... 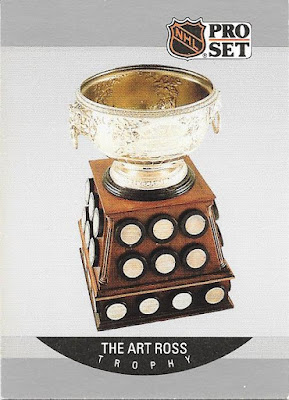 I do have one of these already, but since I am going for the set, I needed a second because it is an error card (and being Gretzky at that). I have also talked about liking these trophy inserts in base sets too, so overall nice card, even given it is from 1990-91 Pro Set. 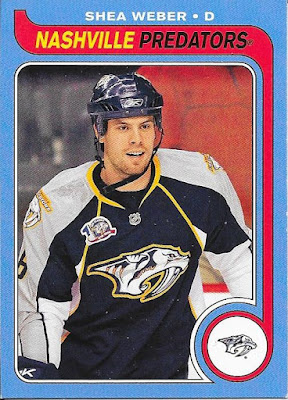 A retro parallel of a skilled two way defenseman? Yup - that's a highlight too. 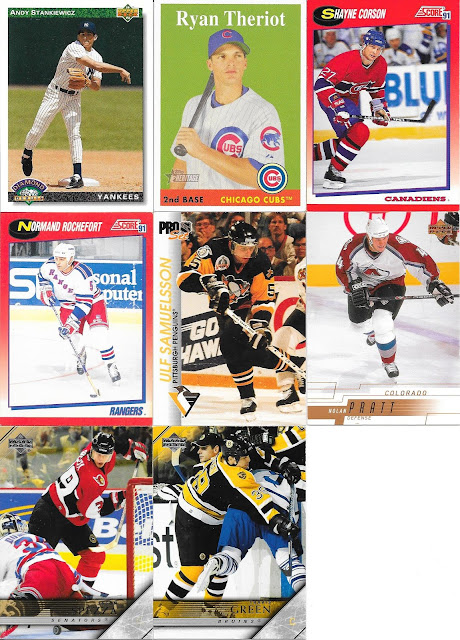 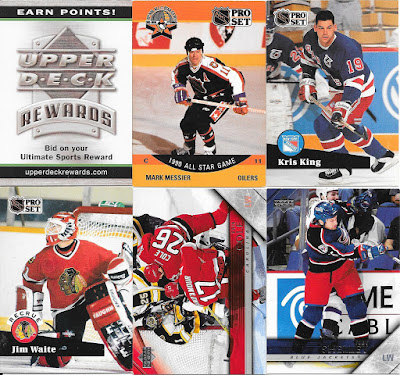 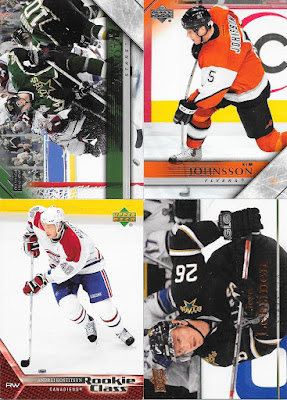 As much as I want to earn points, I don't think that's a thing anymore Upper Deck - though points for this being the first one of these dummy ad cards I've seen. If I didn't have about 45 of the 1991-92 Pro Set Ed Belfour cards, I may have though the Jim Waite card was the French version.