Leaders of the pack

A great seller can be an asset to buy from, someone who really takes care of the cards they send and making sure those who get them are happy. Especially on something like Listia. I lucked into such recently. I had a won card not show up after three weeks, and the seller sent out a few cards as a "sorry" even though it wasn't their fault but as the mail. Another couple weeks later, the original card showed up as well as the replacement cards and the seller. I also won a Harold Ramirez card separately, but will show it here also. 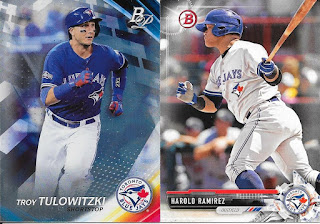 And the "sorry" additions: Those are some pretty excellent cards. All but the Osuna were new adds to my collection, so excellent all around.

We don't see enough baseball in the Santa Lot, so it is much easier to pick baseball cards as highlights, but with good cause today, even if for a simple reason. 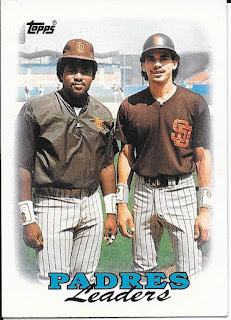 Leader cards have had different designs over the years. Now you typically get a league leader card with split photos of the top few players in the given stat. Not sure you see team leader cards like this much anymore. Part of that is likely because back in the junk wax days, it was any excuse to add more cards to a base set, and this was an easy way to add a card for each team.

Basic front design, and listing of team leaders on the back, easy enough to do, and provides more stat facts than you would get on a league leader card. That said, sometimes it doesn't give much more than this facts of a couple players. For example, Tony Gwynn led the team in runs, hits, doubles, triples, strike outs, and batting average in 1987 (home runs and RBIs were John Kruk). Pitching leaders are also shared by two players. 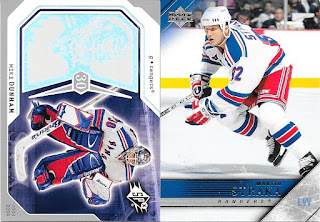 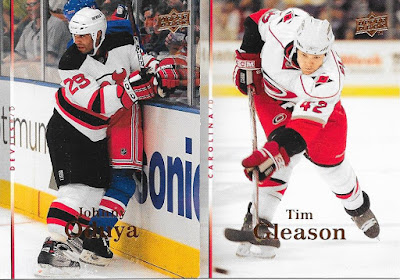 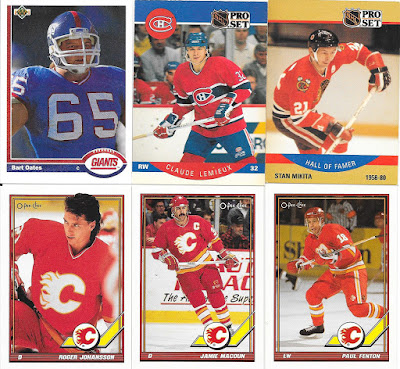 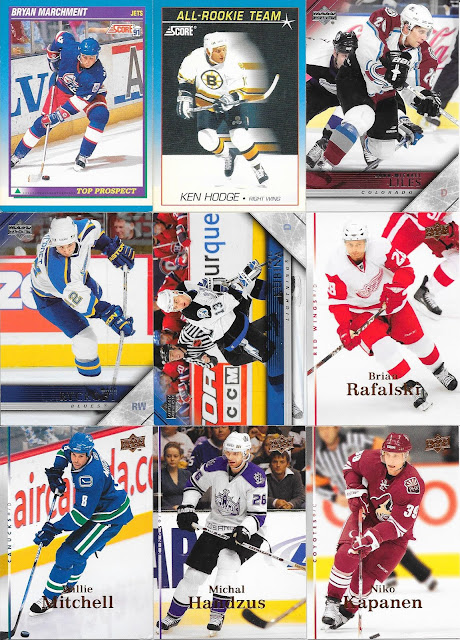 Decent variety, and some junk wax hockey though nothing that was needed. Still, no problem seeing these (except 1991-92 O Pee Chee - you I am done with) as I still need cards from Pro Set and Score (except 1991-92 Score American), so further chance to get those sets moved/completed.