So let's see how this works this week with an interesting start. So, putting one unopened pack aside, we have 8 packs to open from this stack, and the first one ends up having 15 cards. Normally not a surprise for the time period, but since there are only supposed to be 9 cards plus an instant win slip, this pretty much confirms to me that this box was poorly put together, and my shortness on packs was not the sellers fault (it was shrink wrapped, but I know that can always be done by people after the fact, but didn't think it had been anyway - besides, who would want 9 packs out of the box and bother re-sealing it???).

As a first look, a glance at some of the subsets of the base set... 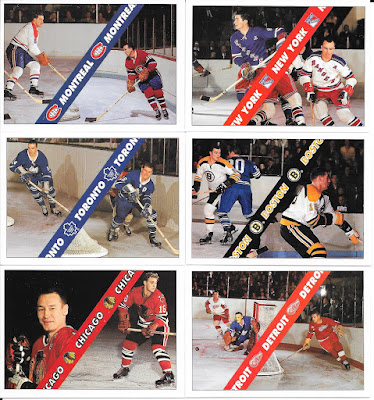 The first six cards are the team checklists, and since there are six original teams, ix original checklists. A nice variety of pics which are very fitting for the set as a whole. 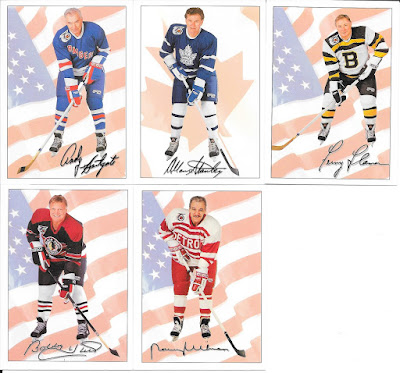 These are Ultimate Hall of Fame checklists which would be awesome if there were autographed versions of these as chase cards, but no such luck. 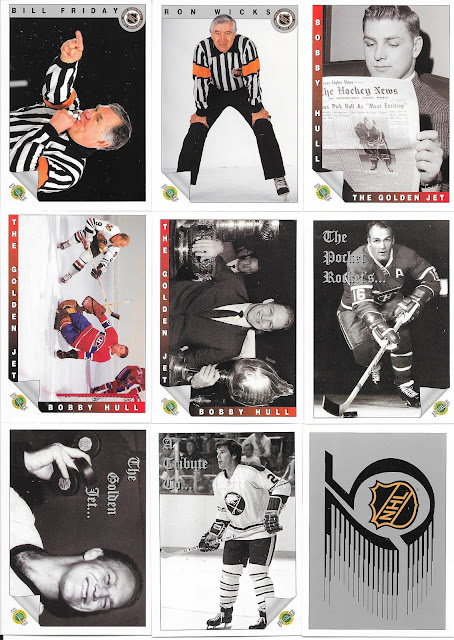 So, afer the first group of packs, we are at 74% complete, up 50% with the first stack. Now, let's see tomorrow if we can get the set completed before the final stack.