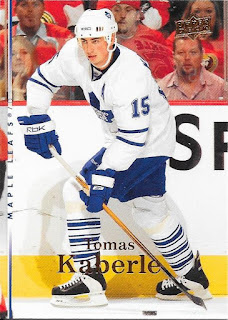 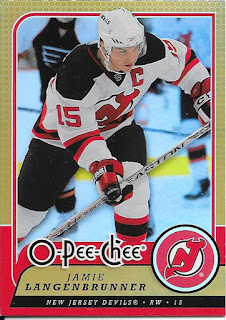 A Leaf that we have seen before, and we have seen a couple other parallels from 2008-09 O Pee Chee, though none with as long a last name as Langenbrunner.

This Jagr collector's choice artwork is another great example of early Collector's Choice design within Upper Deck sets. I have mentioned before my like of these, as almost all of them are so well done - regardless of the sport - but this one is a ten out of ten to me. 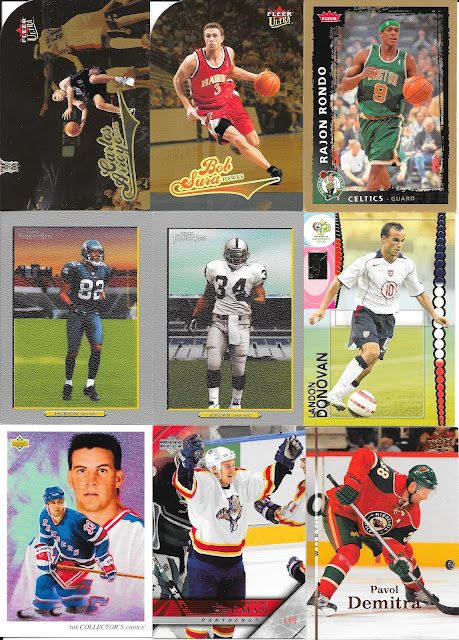 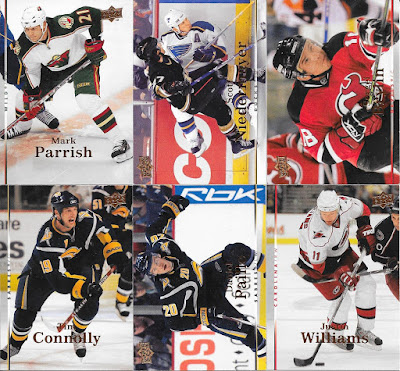 Hey - a guy from soccer I actually recognize the name of. I believe he is the best international scorer for the US team in history (or something in that regard), so if I was to no anyone in North America, it should be him.

Other quick notes - if anyone is interested in a good start of the 2004-05 Ultra Gold Medallion parallel set, let me know, I have a good start. Also, I hope I get a couple Turkey Red baseball cards...