Rocket Returns with a Red Sox 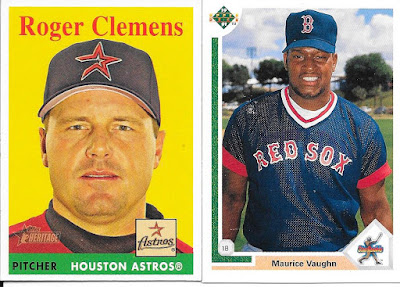 So here we have the other variation of the Roger Clemens 2007 Topps Heritage card (the other had the Astros team name in yellow, which came up not too long ago).

Along with Roger though, we have a rookie Mo Vaughn looking a lot younger and a bit thinner than I remember him as later in his career. 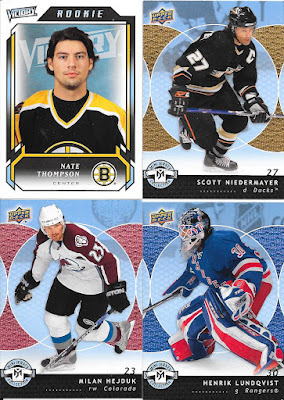 This includes the first 2006-07 Upper Deck Victory rookie card. Nate Thompson isn't a bad one either as he has been able to stick around the NHL playing briefly for Boston before moving to the Islanders, Lightning and then Ducks. 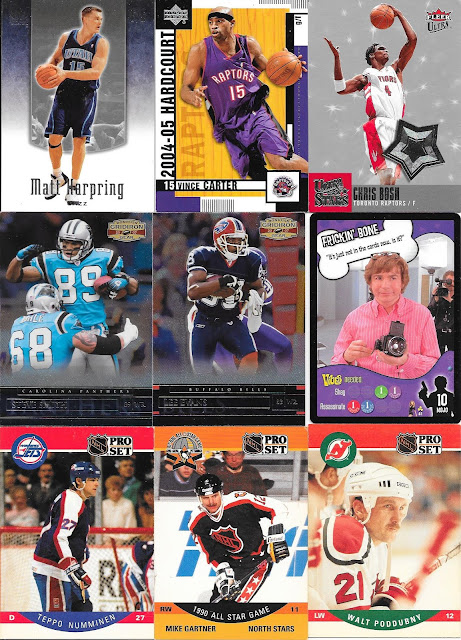 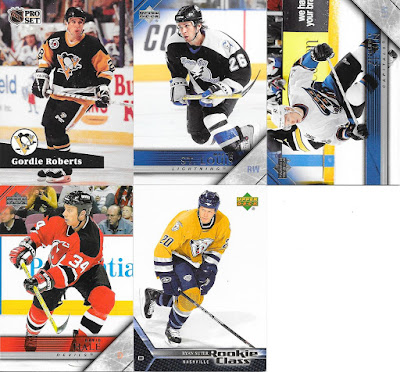 A couple nice Raptors cards. The Bosh is a decent insert which is more obviously designed for a jersey card, but still works alright. Also not bad getting what I believe is the first SP Signature card out of the Santa Lot too.