Let's start with the 1987 Topps which came from the Thanksgiving cards. I was already working well into this set and have about 650 of the 792 cards so I am hoping to get this complete or close to it. Only problem is, of the let's say 1,000 cards - about 700 have a wicked curve to them. If the "good" condition cards can get me most of the way there, I may settle with a few of these, and hope stored they flatten out somewhat. Curved or not, I will pull the Jays atleast. 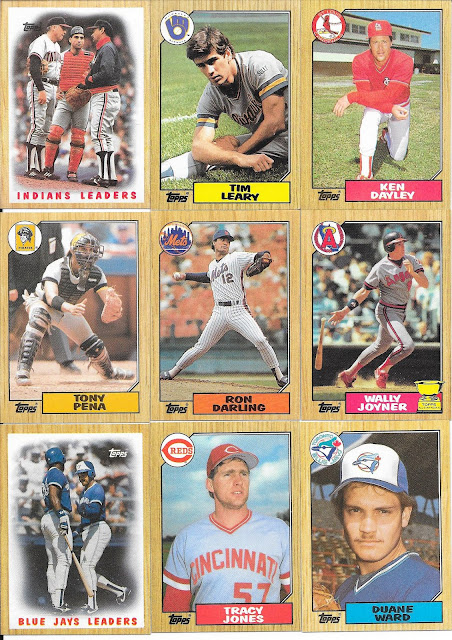 I have the Jays cards, but rather than pull them from the Jays sets, I stuck the copies in here for adding to the set. 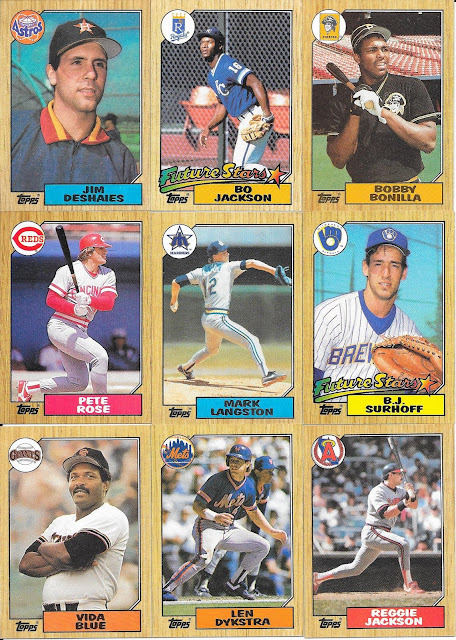 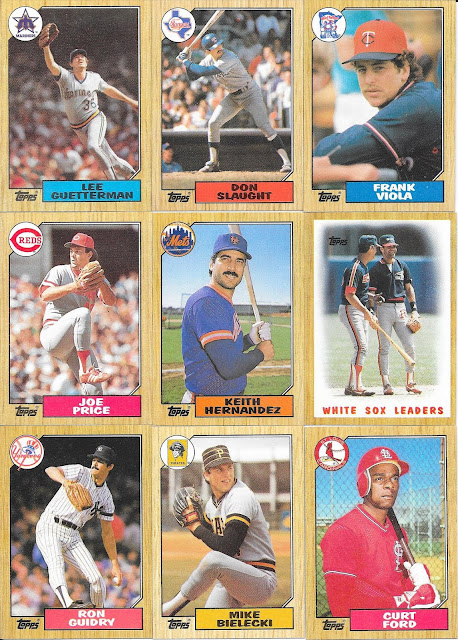 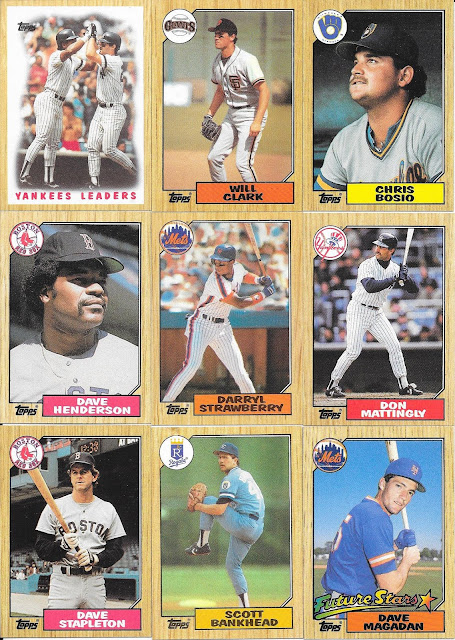 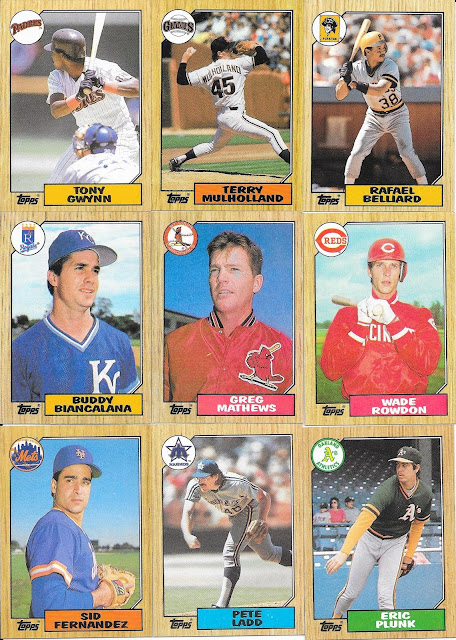 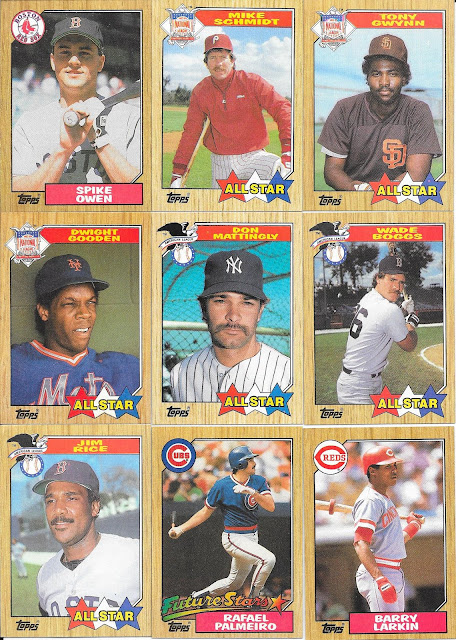 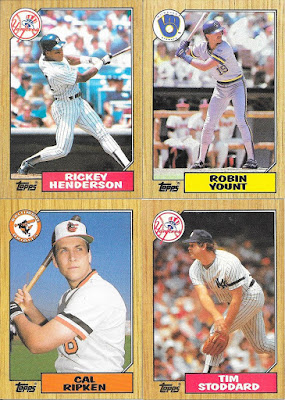 Also did well in getting a lot of big name and All Star cards from the set knocked off here. I think the star cards were grouped by player, and in a box that survived well, so yay for small miracles. 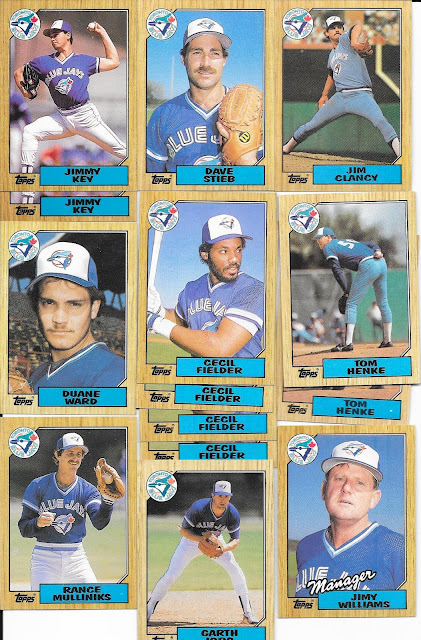 Plenty of Fielders which is fine by me as I love the card. 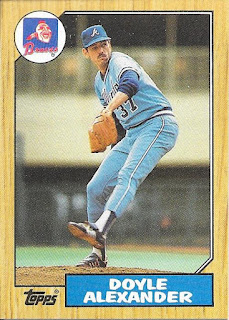 So overall, great from the good quality cards. From the really bent ones, there would be another 60 needs from the list gone. I'll hold on to them for now, but look for replacements still I think. I just don't want them bending "good" cards in the box set, so I will keep them separate...maybe I am being paranoid...also difficult scanning with the large curves, so I will skip on the extra 30 Jays or so (most are above also anyway...)

So, the Santa Lot...yeah, I try to avoid giving the spotlight to Les Canadiens...it just doesn't feel right, but I'll make the concession today. 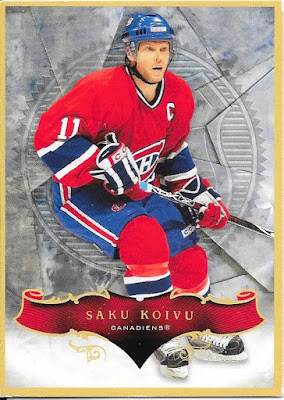 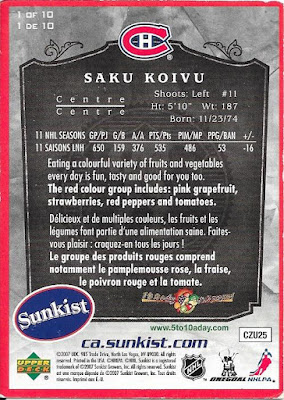 This is from a 2007-08 10 card set put out by Sunkist, card number one. I like the focus on the back though - yeah, here are some career stats, but make sure you eat a variety of fruits and vegetables. Not a bad design, though I wish it didn't have the little bend in the middle, bottom of the card.

I took a quick look at the other cards in the set, and there is a Sundin that would be a nice pickup - hopefully there is one in what's left for me in the Lot....maybe... 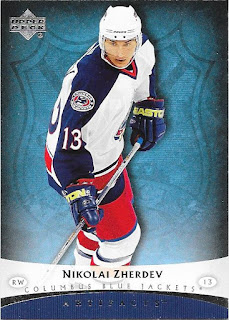 Though just the one other keeper, haven't been much Artifact set cards. This is one of the weaker designed for Artifacts set in my opinion. 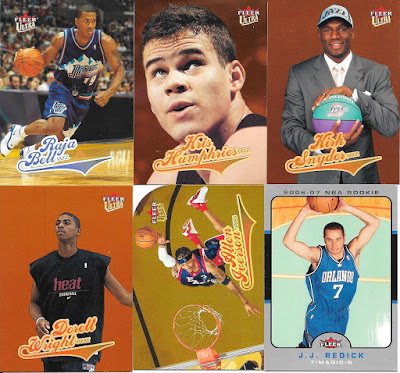 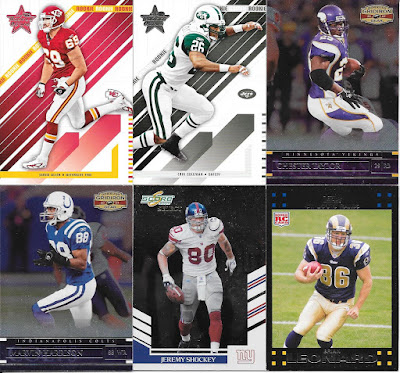 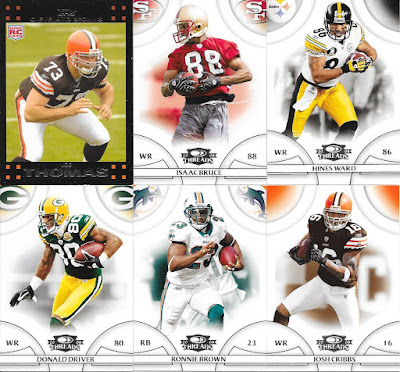 Nice to see some more rookie cards from the 2004-05 Ultra set, but add in a Gold Medallion Iverson, and that's a strong few cards - not to also mention the first card from 2006-07 Fleer basketball too.