First - 1990 Bowman from Thanksgiving cards. Many of the cards are decently curved, so I won't keep any of the extras as trade bait unfortunately. Personally, as it isn't a set I overly care about, I don't care too much about the card quality (compared to 1987 Topps, which I would like near mint cards for).

So, I have about 70 of 528 cards before this, and most of those are near mint, but as I say, not caring too overly on condition, not worried if, once boxed together, these all end up with a bit of a curve to them. 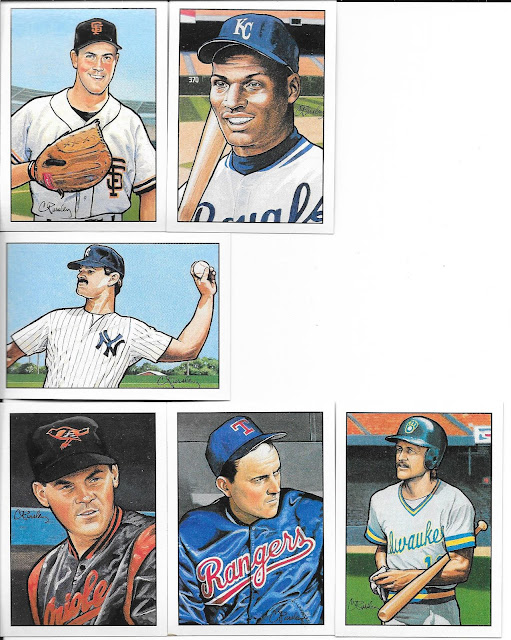 Didn't get all of the art inserts, but about half of them. There are not as nice as the Upper Deck collector's choice cards, but still very good.

The set as a whole went from about 12% complete to almost 70%, so onto the radar of sets to lazily complete...maybe doing so over the next couple years.

Of course, also some Jays... 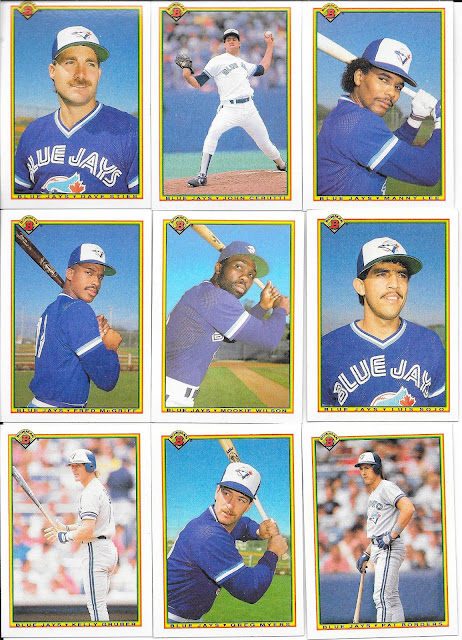 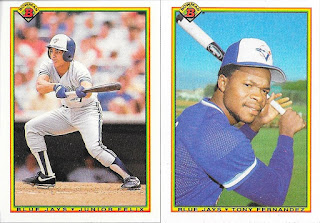 Second, a quick trade came through from CKBeber329 on tradingcarddb.com. It was a quick PWE in which I picked up 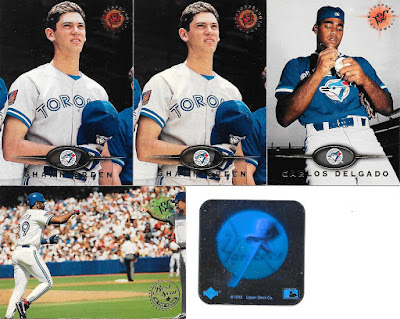 No real reason I picked up two Green's, but I did. As for the 1990 Upper Deck, I am slowly getting all of the holograms as a set...no rush on it though, so may take a while still. Appreciated the trade so much, we already have another on the go.

Otherwise, another pack of cards from the CNE which is fairly similar to prior packs we have seen, which isn't necessarily a bad thing. 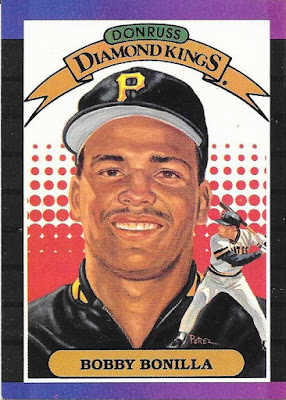 This card was the reason I picked up the pack, as I still needed this Diamond King card. 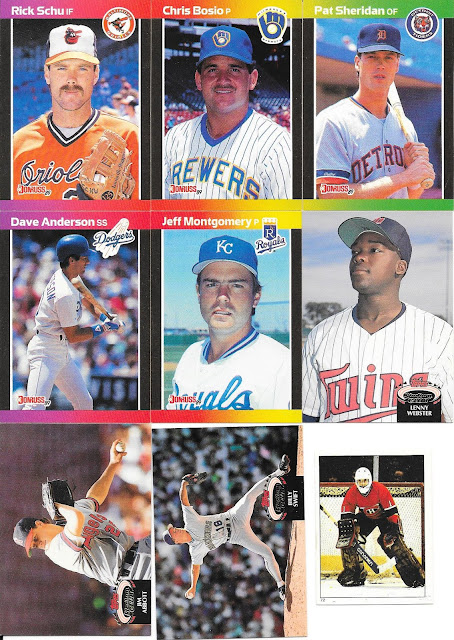 As I say, similar sets represent in these keepers - more 1989 Donruss which I like. I can see working on this set later, so these help. 1992 Stadium Club, and another 1983 O Pee Chee Sticker Rick Wamsley. I should mention, one difference between 1983 stickers and stickers today - the 1983 stickers have the player name on the back whereas most now have a design with the name on the front.

The benefit of no name on the front of course is getting a nice full picture. Why does this make more sense? The name was in the printed sticker book, so no need to take up more of the sticker with it. My best guess is that they realized over time that more people collect/keep the stickers without, or outside, the sticker book and made the change. That is just an educated guess though. 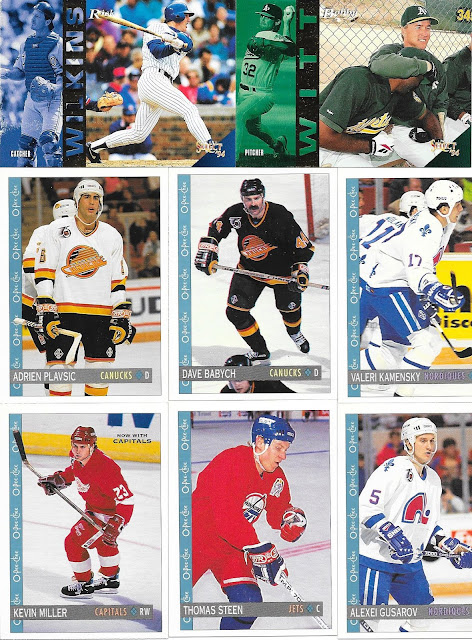 A few more adds and only a few traders which are... 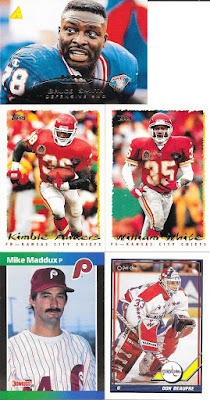 So I would say a successful pack given only the 5 cards I won't be keeping. Still have a handful of these packs left, and would be happy if they all come out like this.
Posted by CrazieJoe at 8:00 AM