First up, Pack number 496 (though technically it is 495 - if I want to count a pack of 1985 Baseball Topps Rub Downs, it is in an unopened box of those I have). I needed to pick up some more sleeves and little containers as well as a Santa gift which may be for myself....helps ensure the kids know Santa exists at any age...right?

I won't talk about exactly what it is, but to stress the price point, I picked up a tin at Wal-Mart originally for $47, then noticed at 401games that they were $29 So of course I returned the single tin to Wal-Mart, and bought two at 401games. Santa is so giving! 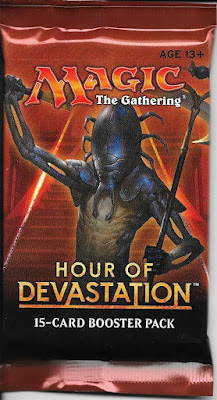 Since I was at the store, I also picked up a pack of the newest set for the ongoing collection. Since I am the one who uploads the checklists for Magic cards at TCDB, I scanned the list as I did and was annoyed that they are doing similar to Pokemon cards - have a 199 card set, and then have 209 actual cards with the ultra super mega mythic rares be numbered above the actual set count. 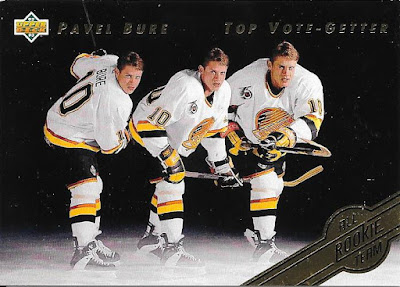 One wonders what could have been with Pavel if he had been able to have a long and healthy career along the lines of a Jagr. He was such a phenom when he broke out in the league and for a solid 5 years or so looked insane with his talent to score. Given his great career as is, it's saying something to think it could have been better. Not sure if he would have been able to keep his speed up the entire time, but I think of his career similar to Bobby Orr in that it was great for what it lasted, but what would it have been with a health person behind it throughout. Actually Eric Lindros would be another for that list.

Had never seen these insert cards from 1992-93 Upper Deck, but have now, and the gold foil looks nice in hand, as opposed to here where it is too dark. 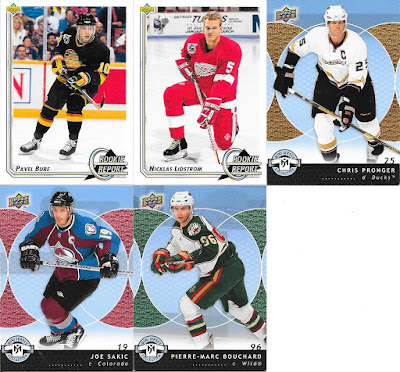 The 2007-08 Upper Deck Mini Jersey set continues to build, creeping close to 40% done now on this 150 card base set. Also had some more Bure content, just to ensure I highlighted the man. 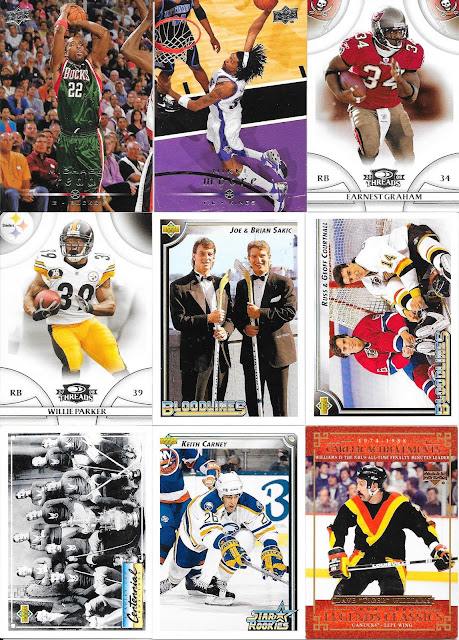 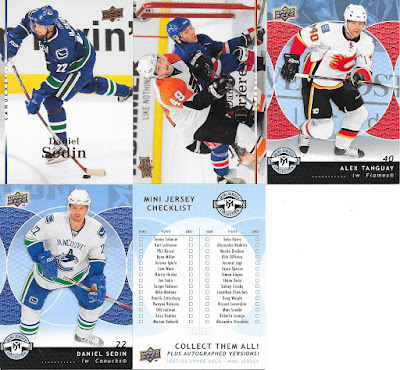 A few more of the cards out of the early 90s Upper Deck hockey line up which were nice (see - different). I liked these for the differences and being unusual at the time, and I think they hold up alright to ensure some base cards that are not the mundane and typical.