A couple Listia wins to share to start. You know, winning enough of these - a couple a week, it is nice to never know when the mail is coming, but also know there is almost always something on the way... 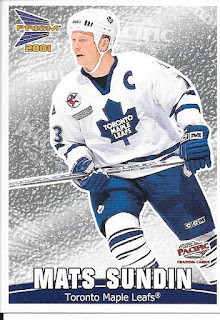 It may just be a checklist, but Sundin and McDonalds, and that I don't have it made for good reason to pick it up. Not a fan of the background, but small complaint here. 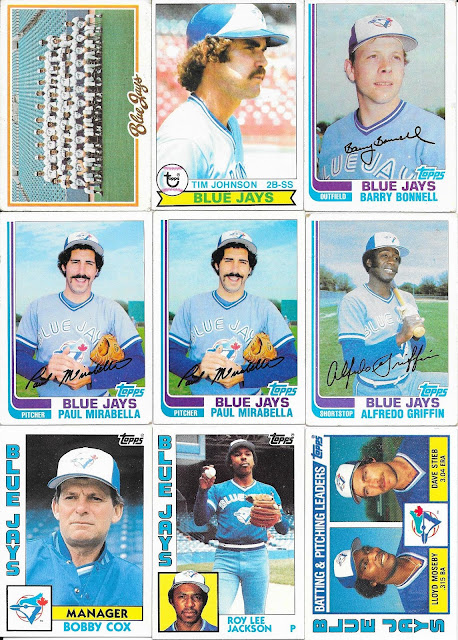 This lot was for about $2 in credits which I would do any day for 1985 and earlier Jays cards. I will have to check, but believe two of these are needs - Alfredo and maybe Roy Lee as well. I also wanted to see if it was a better condition team photo than the one I have, and it is a bit better which is a decent upgrade too.

Another quick single card pick up... 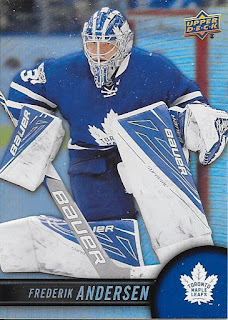 My first base card from 2017-18 Tim Horton's hockey. Nice design which is typical from the past few years.

Also want to cover off a trade I did this past week from IndyBean17 which hit on a few different items for me. 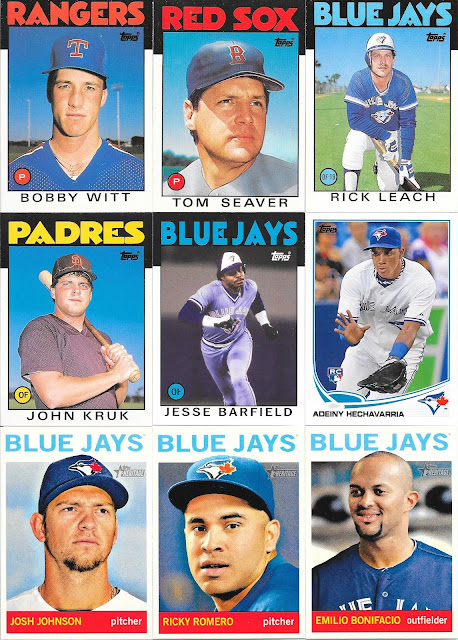 We start with a few 1986 Topps Traded cards (a set that I am slowly looking to complete with less than 10 left I believe). From there we jump into so 2010 Jays of which I am sorely lacking because I generally live about 15 years behind in the hobby... 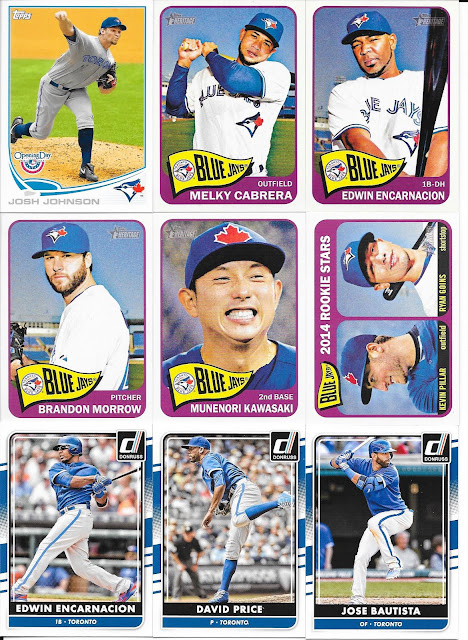 I get the design presentation with the lack of licensing for Donruss, and this set does it really well. Love the design and use of team colours to make it work that much more, as well as the classic ode to Donruss backs. 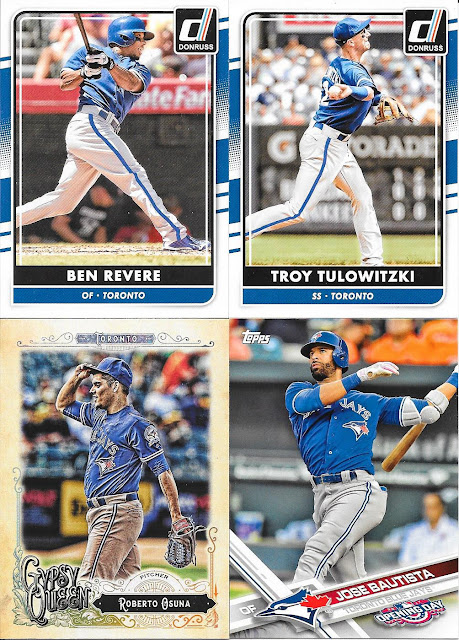 I find the Gypsy Queen design a bit over the top in taking it too far/too much, but it does make them unique.

The trade also included some Leafs... 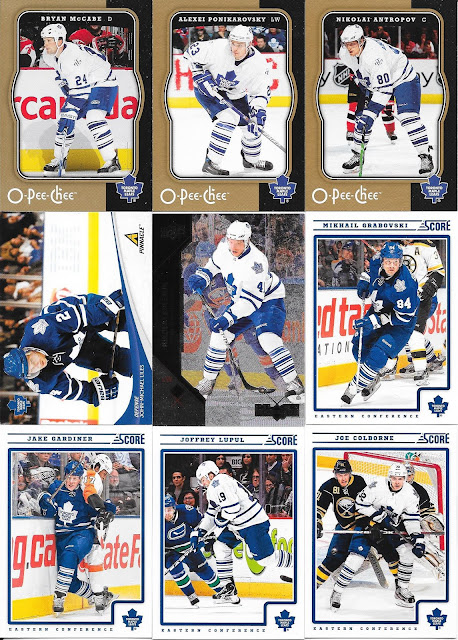 A nice example of poor Black Diamond scanning, but otherwise some great new sets in my Leaf collection as I didn't have Panini 2011-12 covered... 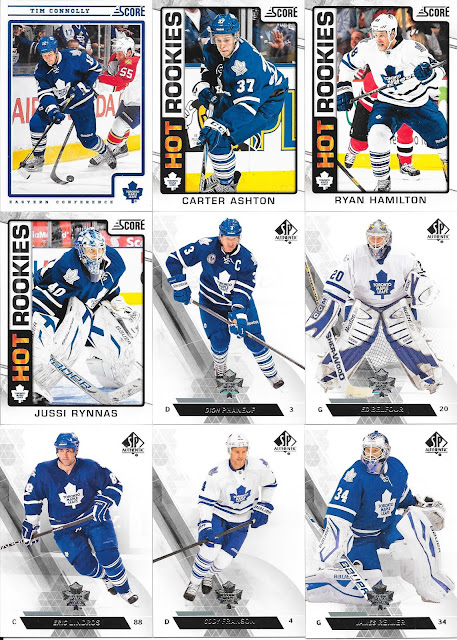 Nor did I have 2013-14 SP Authentic which suffers from a bit of lack of colour with the design. Not a major complaint, as the simplicity is...okay...just...well...okay. 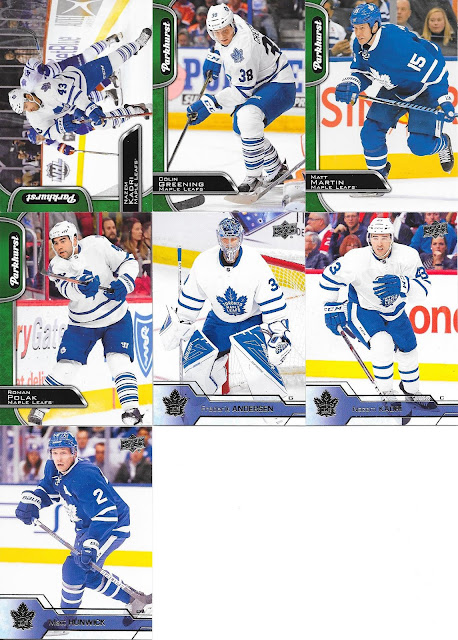 The Parkhurst and Upper Deck designs are better in my opinion...but then again, generally, so are the Leafs on the cards. Great to add some fairly new Leafs to the collection, and the cards as a whole were great, so thank you again to IndyBear17 for the trade!

As for the Santa Lot, the highlight isn't too significant today - the only add for me, and no offense to Dumont, not the biggest of stars... 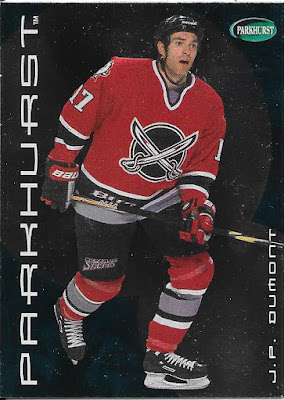 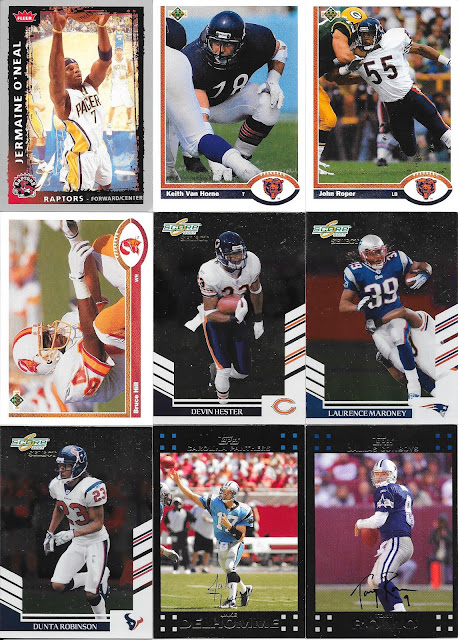 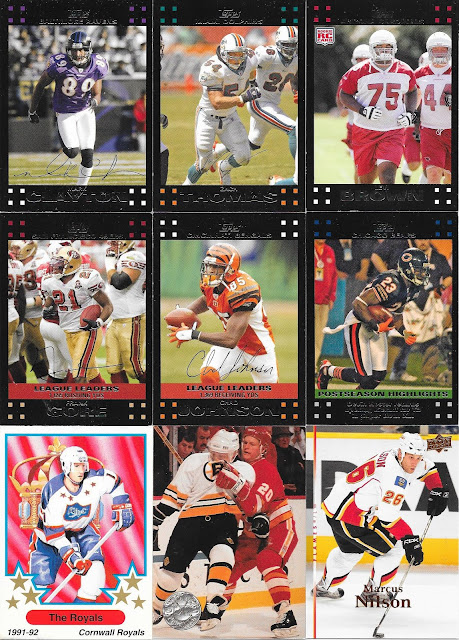 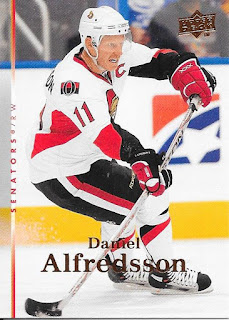 So the Jermaine O'Neal reminded me of a good issue I know I would be missing from my want list. I'd still want this if I was a Pacer collector, but with it being a "Toronto" card, I wouldn't really think of it unless I see it in hand. Maybe that is just me though, and others only count based on the team name on the card, but to each their own.

Secondly, I do like the team inserts like "The Royals" 7th Inning Sketch card. I have seen a few others from this insert set, and if it was NHL level, I'd collect it, but the thought is great to highlight each team and the reason/picture behind the name.

So, a couple interesting cards today, unfortunately not a lot as far as keeping for myself goes.