Dollarama 80 - Baseball cards and football too?

Another quick look at a Thanksgiving pickup. The 1992 Score baseball cards that were in the box were not great condition. Not horrible, edges a little dirty on some, and a decent aged curve to some of them, so not anything I would generally keep, but I did pull the ones for my collection - Jays and an error card. 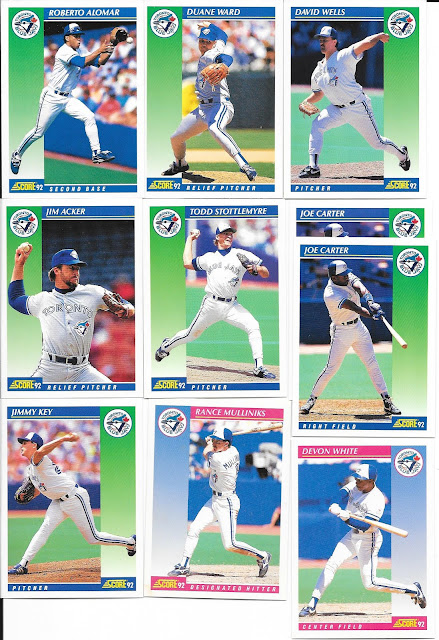 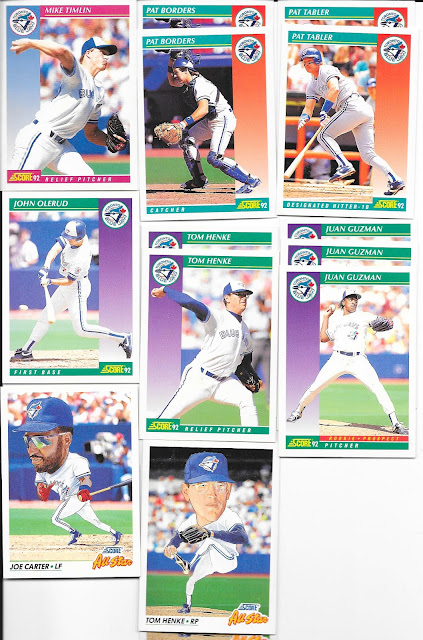 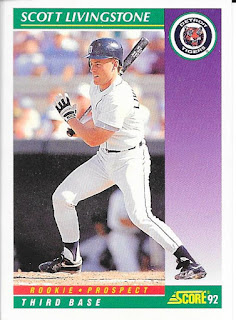 Though I am not a fan of the wasted space on the card fronts - I think it is a mistake to waste that kind of real estate - the big head All-Sta cards are pretty nice.

Mistakes happen - even with card repacks. I am sure everyone has seen one here or there. Last one I recall is getting a Masks insert card in baseball when it was a hockey mask for a goalie. That one, I can even understand if at a glance someone thought catcher mask instead of hockey mask.

Getting this in a baseball repack, I can't really make an excuse for... 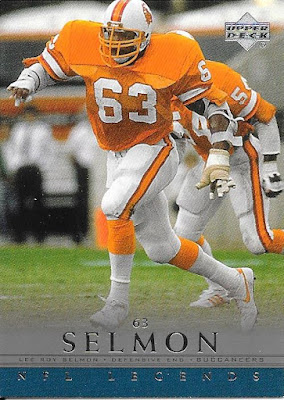 I got nothin'. I can't explain how this would have been thought to be baseball, so I can only assume machine sorting messed this up or something. Decent enough card and design, but not exactly the sport I thought I was getting. 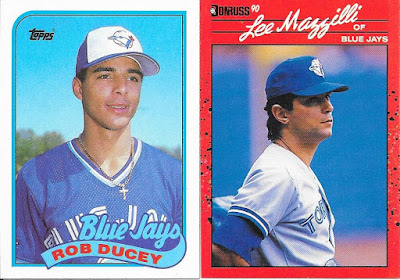 I did however get these two Jays dupes for the Jays collection.

As for inserts, a couple standard Bowman, and nicely, another 1989 Diamond King which I needed. 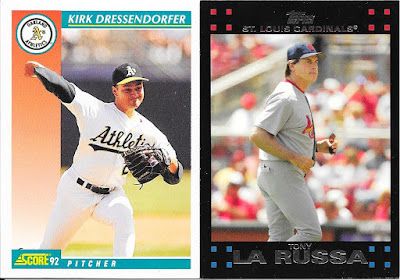 Heck, even a couple error cards for stat issues on the back in both cases I believe.

Then, there were the keepers... 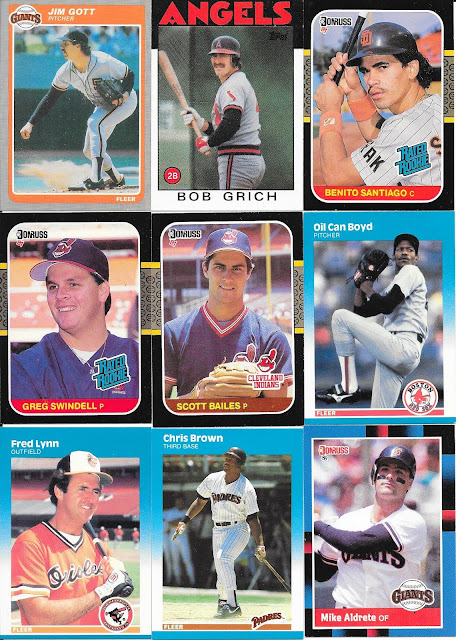 Mid-80s love including an awesome and very young Benito Santiago. 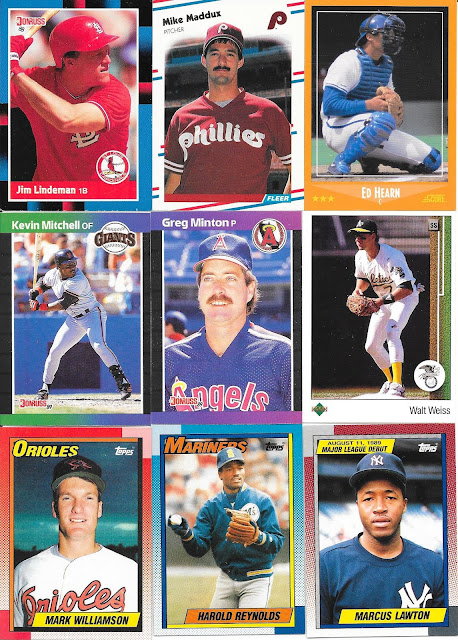 Mark Williamson has a bit of the Mark McGwire look to him here. 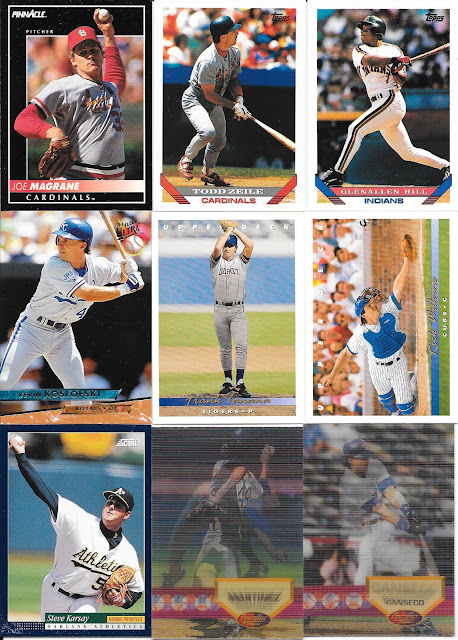 A few different 3D cards in this one, and maybe because I just mentioned McGwire, we end up with one of Canseco. 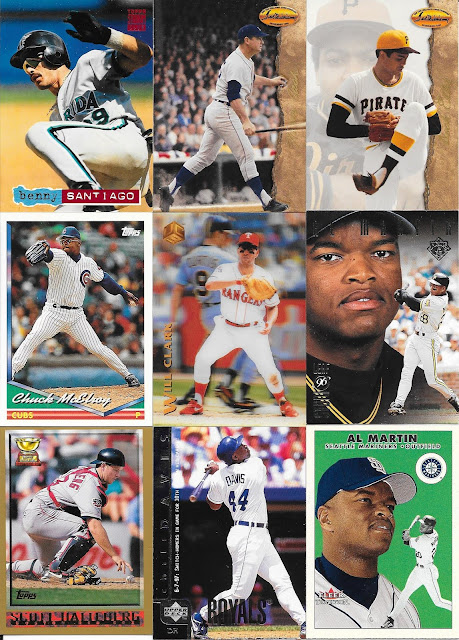 A couple more 1994 Ted Williams set cards as well as a couple Al Martin cards which remind me a lot of Frank Thomas. 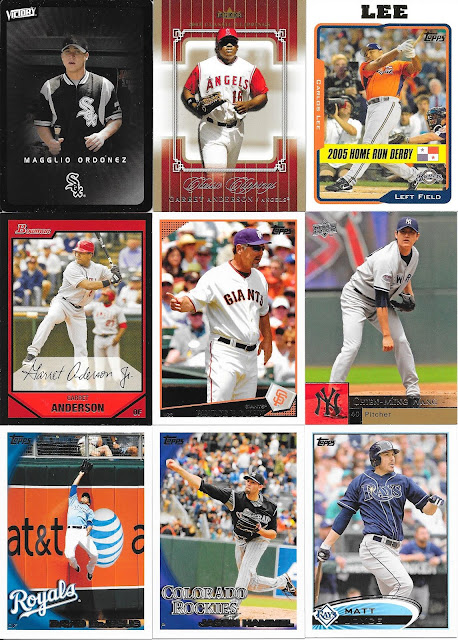 That Ordonez card, for any not aware of the 2003 Victory set, is very much in look, feel and design, done as a playing card. I give Upper Deck marks for making the set that little bit different to get some attention.

Lastly, we end with some newish Bowman cards which seems a bit of the norm for these.Overall, another decent pack with a few nice adds to the various collections.