Perceptions and feelings about athletes change once they retire - that is a given. Partially because it gives more perspective on performance, and partially because it's human nature to take things for granted that you see on a regular basis while someone is playing.

This typically means remembering players with more fondness and through rose coloured glasses.

Roger Clemons was a star and sure fire HOFer during the midst of his career, but near the very end this started to change with the steroids era starting to be defined, and how it impacted him.

It is a shame to think how dominant he was viewed with the Red Sox, Jays and Yanks during his heyday before hand, and how he was viewed after. With the timing, he went through being viewed quite poorly early after his retirement.

I don't think that view has yet changed significantly, although in one way, I think it has/will. With the more clearly defining of the "steroid era", I think this draws back on some of the view of single players, and leads to the view that "well, it was the steroid era, they were all doing it anyway". I don't necessarily agree with it, but I can see how this would lessen the poor view on individual players, and be just a disappointing view on the era in general.

Over time, right or wrong, I wouldn't be surprised if views change enough to allow all the steroid era stars from being placed in the HOF in some fashion - but perception still has a long way to go before that happens, and many of them may not be alive if/when it does.

On the other hand, some players simply don't have that issue - see Robin Yount - I don't think more need be said than, great stats, great career, great person, and having played before the steroid era took place - not the same issue to have to deal with. 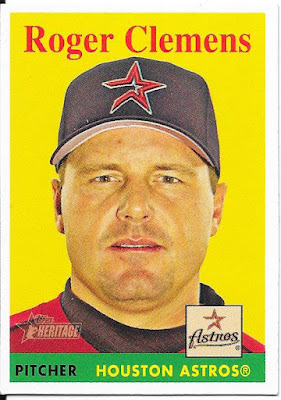 This is a variation card - the Houston Astros name is yellow instead of white. Nothing too spectacular for variations, but still a nice pickup...well, depending on your views of the Rocket. 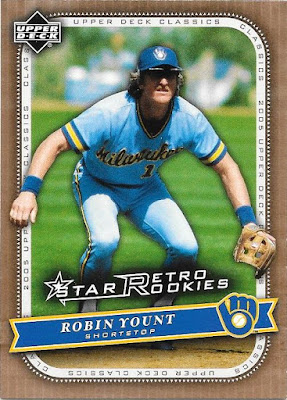 Then this, which I am excited to get as it means I now have 10 of the 30 Retro Rookies from this set. I am hoping I can get to about 20 so it will make it easier (see cheaper) to finish off the base as a whole. 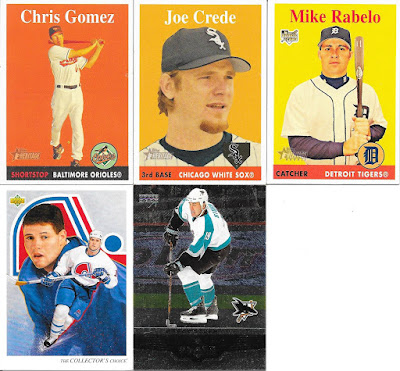 To go with Roger, some other 2007 Topps Heritage additions. 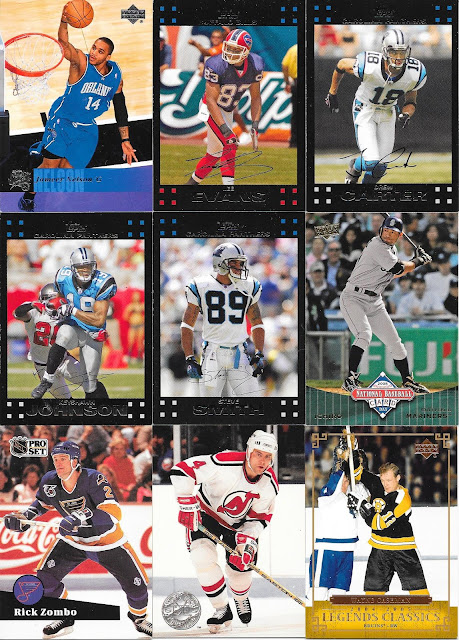 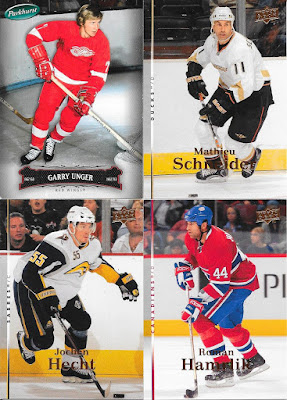 Seeing it for a second time - still really like the Ichiro baseball card day card., but disappointed given there haven't been many 2006-07 Parkhurst cards, that this one is a dupe. The set isn't as nice as the 2004 Legends Classics set, but if I got enough of them, I'd work on finishing 2006-07 Parkhurst too.