When did he go to a single name?

Ok - so I am trying to finish up with the Thanksgiving cards I got from my sister, so I am going to try and cover the last few sets tpday as well as the usual Santa Lot cards. 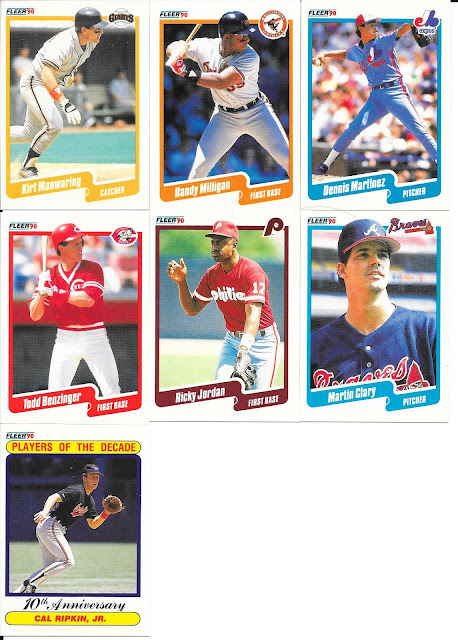 Not sure how you get the spelling wrong for Cal Ripken on a card that calls him a player of the decade, but Fleer managed it! 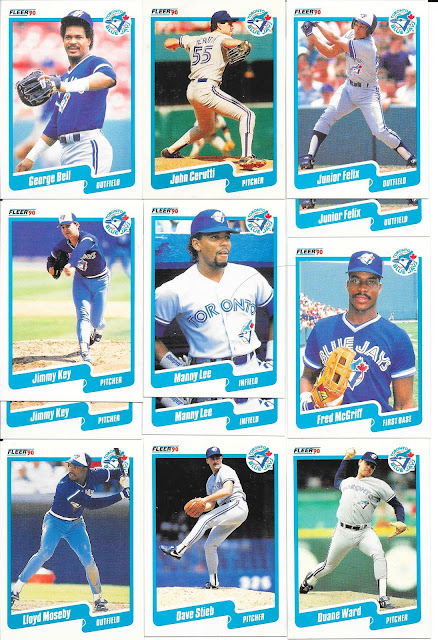 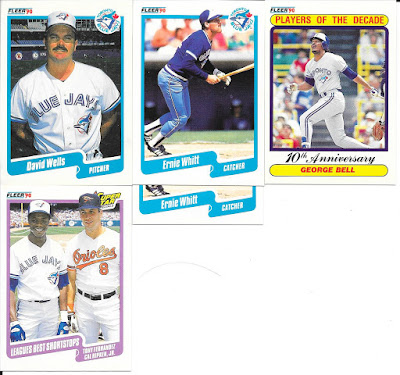 Speaking of Cal, I appreciate the card with Tony Fernandez as this is about the only way he will make it into my Jays binders!

I don't know why, but I hadn't realized the Player of the Decade cards were such a bit subset in Fleer 1990 - 10 cards - as I only saw one growing up and figured it was like 1991 Score's card of Ryne Sandberg's "Man of the Year" card. Yeah, didn't have the internet as a reference tool for the masses in 1990.

1988 Topps
So the cards are all fairly bent, and it isn't worth taking a huge chunk of the set as cards for a set, instead I just pulled the keepers - Jays and errors and stuck the rest aside to go.

Small error on the McGwire Record Breaker, but one all can see - the white spot right behind his foot in the bottom right corner. 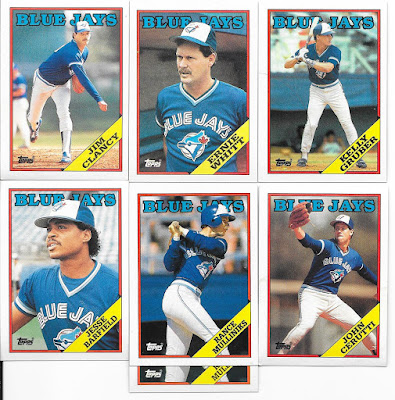 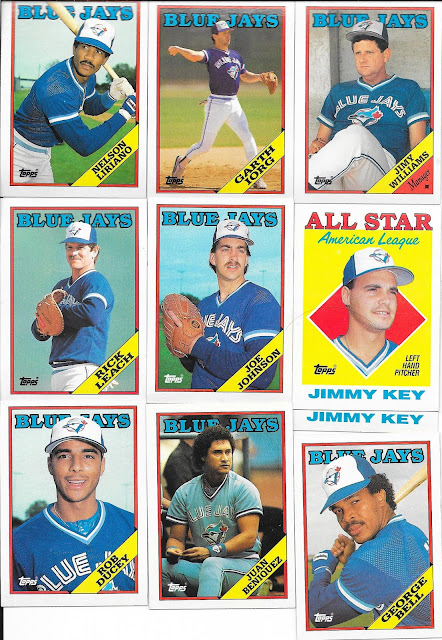 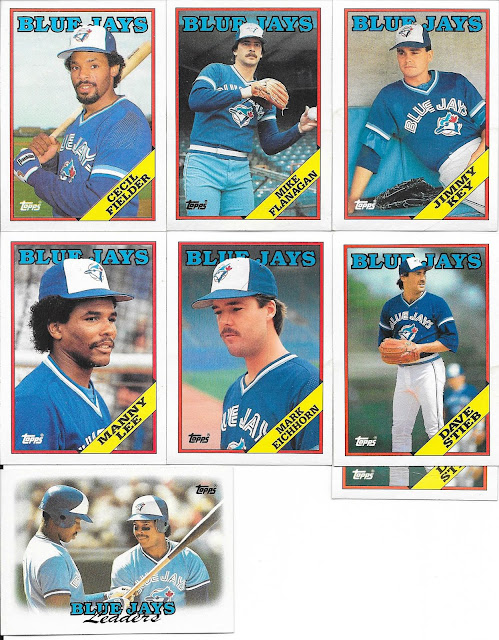 We have seen these all before (give or take), but I still get a smile every time I see that Cecil Fielder card...so young!

This is one of the sets I saw and that I was looking forward to. The set as a whole is only 264 cards. The stack of goo cards I have from the set is about 400 cards. Since I only have 6 cards from the set, I don't expect to finish it, but would be happy to be over 150 when done. So where did I end up? 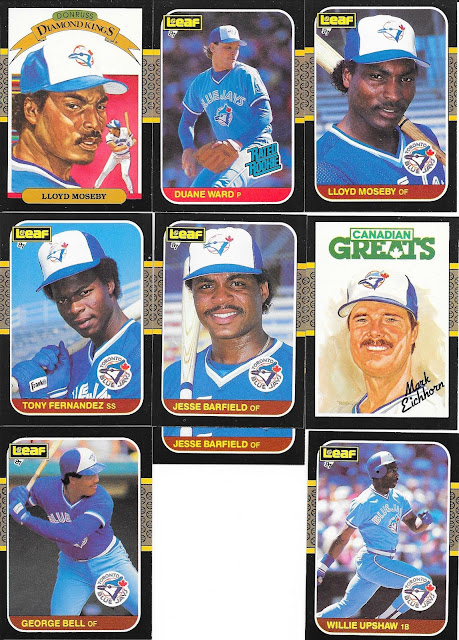 Though I have most of these in 1987 Donruss version, didn't have any in Leaf, so all excellent adds and ensure my status as a Canadian. 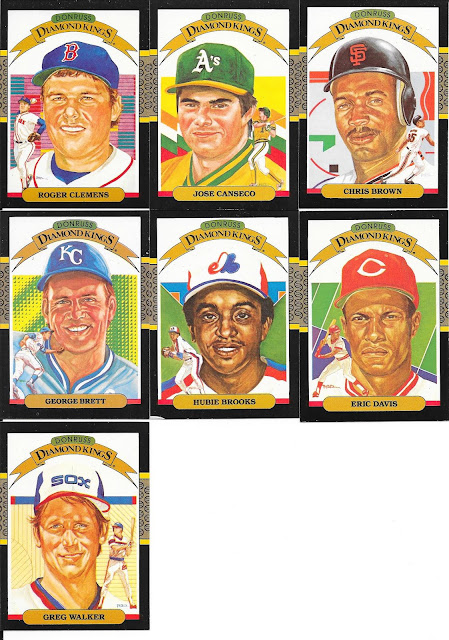 I was glad when the White Sox moved to the Black and White scheme from the Rew, White and Blue.

The first of the last two sets which are both on the "newer" side as far as the Thanksgiving cards are concerned, being 1993. I won't be chasing completion of the set since it is 720 cards, I only have 27, and I don't have that many to go through, they are all from the first series as it was released in two, but any card I don't have is a good add. 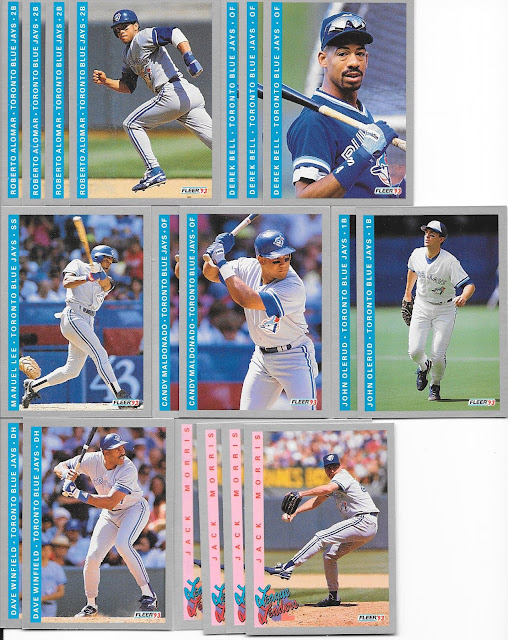 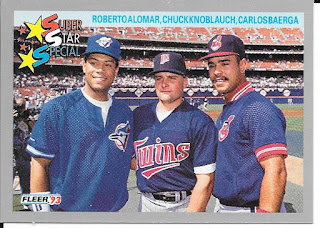 A handful of needs filled, though still a number of cards short of a team set.

Did get a couple inserts though 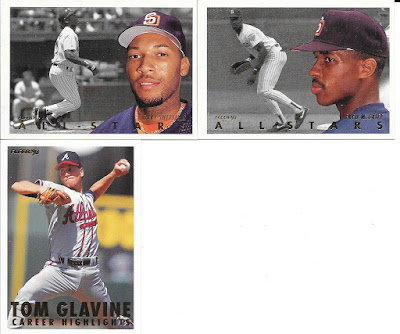 These scan much better than in hand because, having been a bit stuck together, they have some sparkle stuck to them, and are a bit off on colouring. Still good enough for my collecting though.

We will end with a single error card as well... 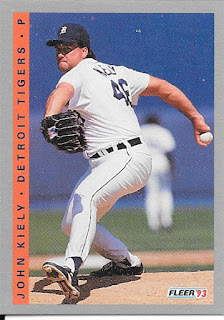 Finally, the last set. The cards are all Series one, but there are a lot so may get it mostly completed, at least that was my thought going in. Well, I ended up about 88% done on series one - 396 cards as a set. So, will probably get it done sooner than later if I can. As for showing here, how about some Jays and inserts... 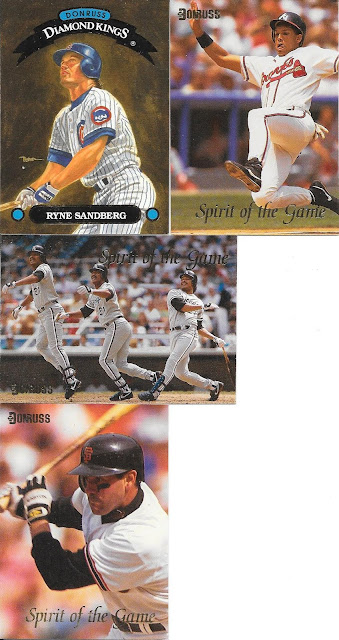 I must have missed this one Donruss Diamond King when pulling the others, and the full picture front Spirit of the Game cards are pretty nice. 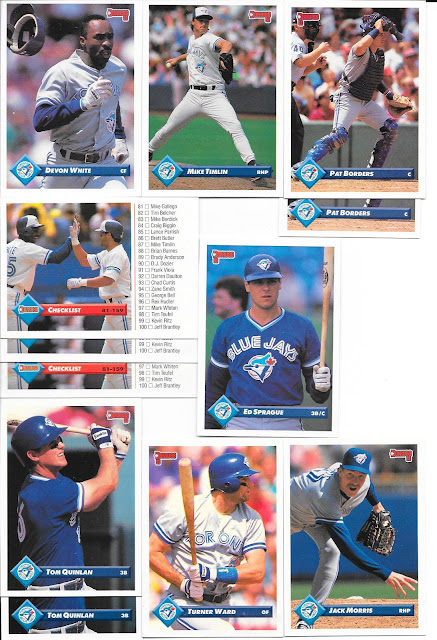 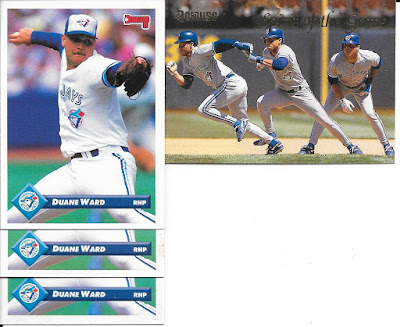 The Devon White card perfectly shows what I remember about him most as a lead off hitter for the Jays - speed so blazing that his helmet flies off.

Speaking of sets, and one I touched on not long ago - 1986 Topps. I still have a long way to go, but did another trade with CKbeber329 which covered some needs from the set... 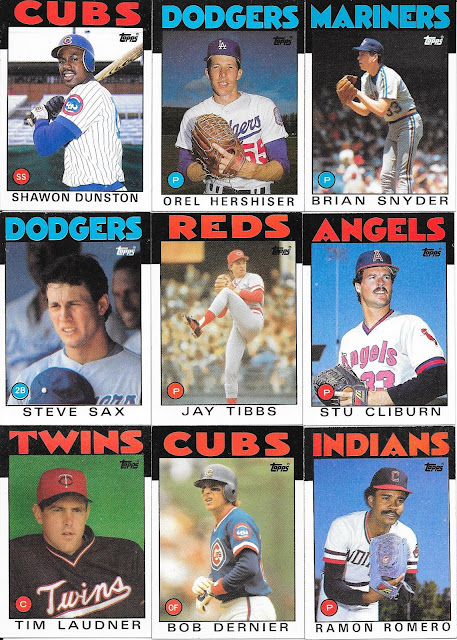 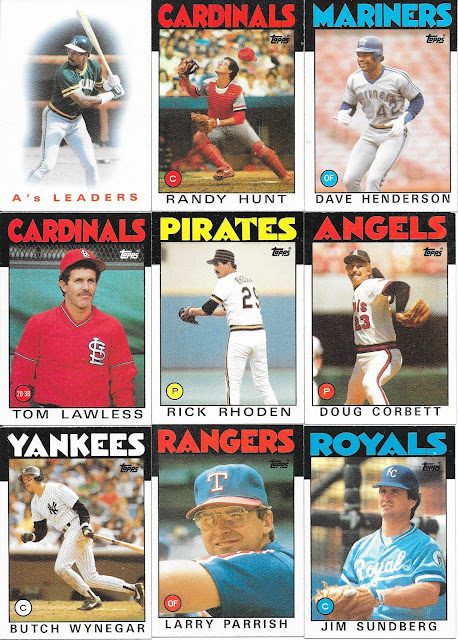 All I have to say is...nice to see you Saxy boy.

Appreciate the quick trade, and look forward to doing more. 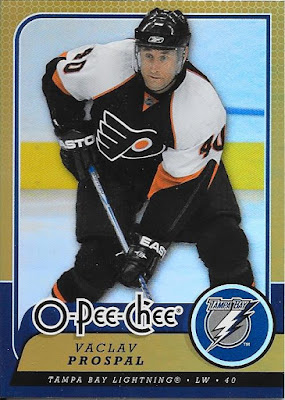 Like these "gold" parallels, though I still don't get the name differences with metal, refractors, etc. 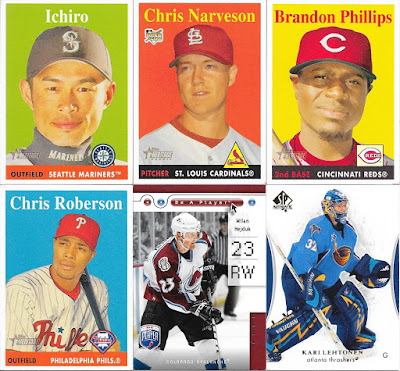 Okay, so Ichiro - when did he go to the first name only? I know I have seen a couple cards with this presentation, but still - when did it actually happen? Will he go into the HOF as a singular name? In this design it does look pretty good with overcrowding a name in at the top - but just really made me think. 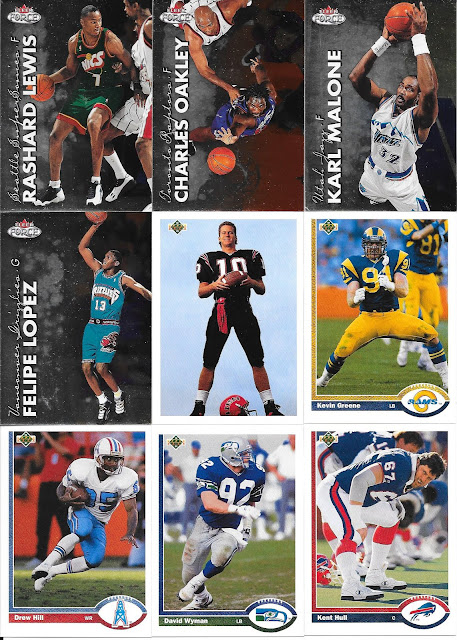 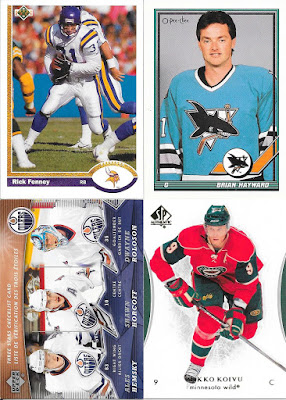 Oh Charles Oakley....was a definitely solid and beloved player. The whole incident that happened where he got kicked out of a game he was watching (maybe a year and a half ago or so?) kind of makes me shake my head - and not just at Oakley. Won't change the solid career he had though.