First, want to take on a bigger set and update for the Thanksgiving cards from my sister. Today, 1989 Donruss. Before getting into these, I am at about 35% done so hoping after going through this I may be over 80%...and even better, if I can get some of the nice Diamond Kings I am missing, or Bonus MVP inserts.

Just to make a couple statements on condition of these cards. There was obviously some exposure to moist-ish conditions which I presume can happen if left in or close to the attic. Not necessarily that water was on the cards, because very few have any damage that would suggest that. What I have noticed is;
- Upper Deck does poorly as many of the 1990 and 1991 Upper Deck cards simply split front/back and fell apart
- Donruss sets have done very well with very little lost
Fleer 1993 - I have some bricks to separate, sure some cards will be lost, but once split apart, they are almost always fine
- Topps and Bowman generally get quite the bent in some of the cards, which means I have put those aside to go

So with the cards I needed for the set, just up to about 73%, lots of collection adds though... 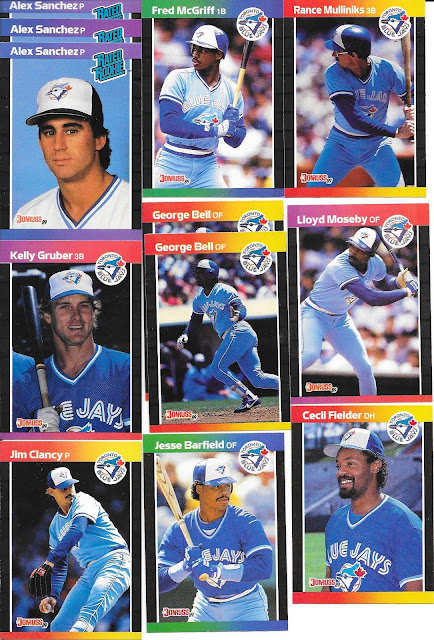 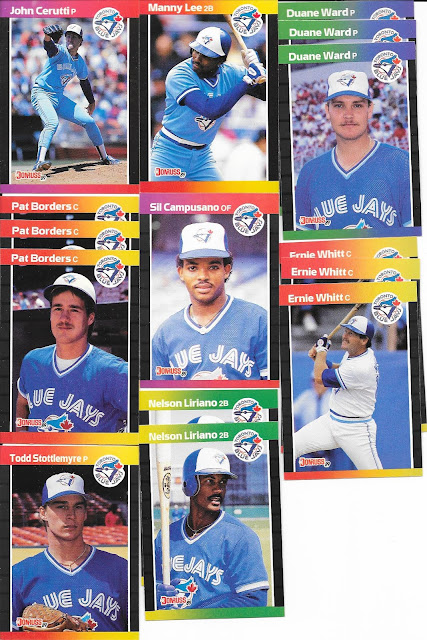 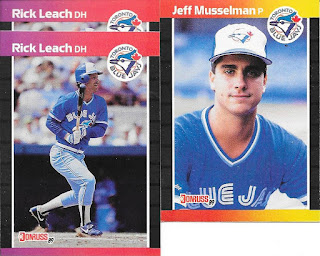 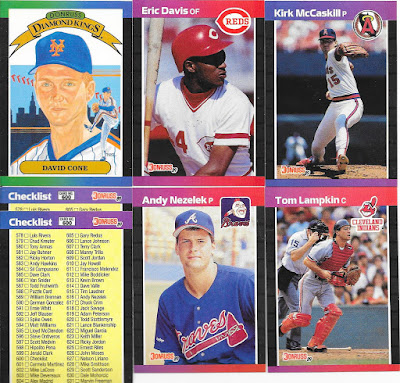 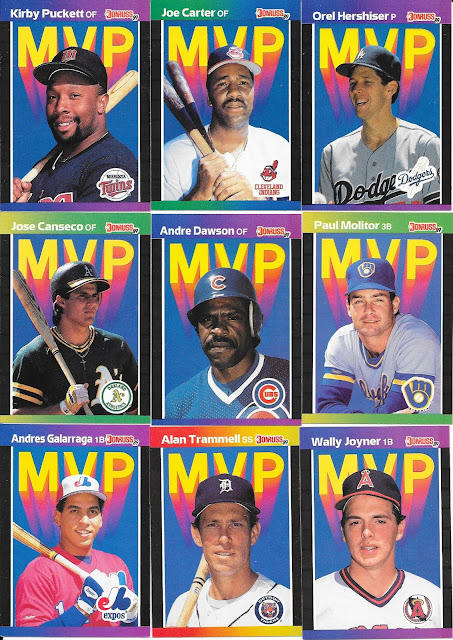 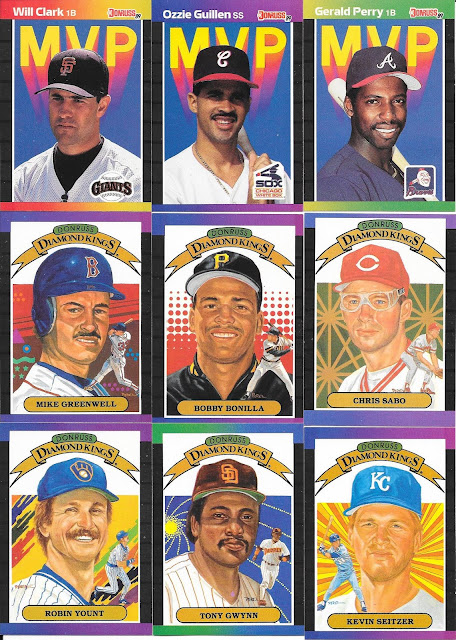 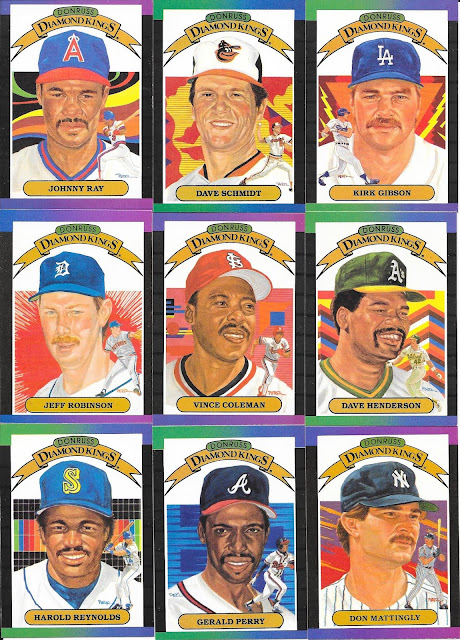 I wish I had both of these, the Bonus MVP cards and Diamond Kings as complete sets here to scan as they look so good scanned together, or even just in pages.

May not have gotten as far as I would have liked on the set, but with the abundance of inserts, I won't complain about this one at all. 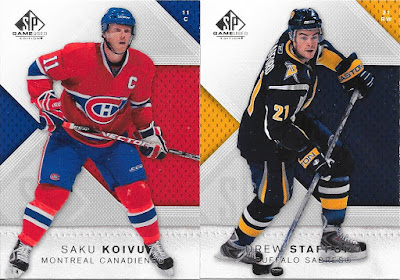 Would have been nicer to get a game used patch of some kind, but having just a few cards from this set, these adds are not too bad. 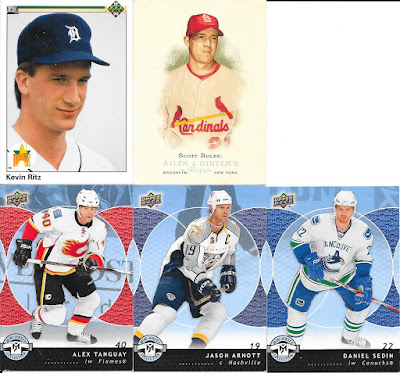 Also nice to get another A&G card (here from 2006). I really like the designs usually, but I like this one especially. 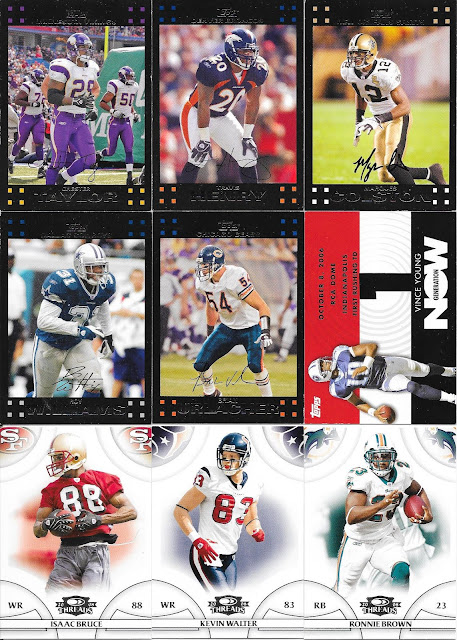 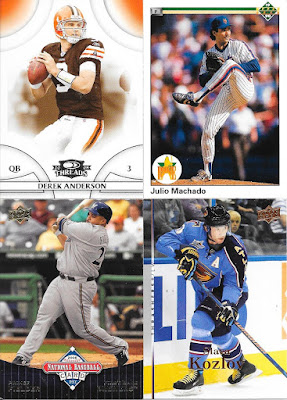 A couple inserts here including a Generation Now and Prince Fielder. Actually with the Fielder card - his resemblance to his dad is pretty spot on, home run swing and all.

That's it for another day!