Taken to the Mats

So I am hoping to start this blog documenting a good run at the 1992 O Pee Chee Premier baseball set of 198 cards. I have 28 of the cards before getting into the Thanksgiving cards I received. It is only a stack of about 250 cards if I was to hazard a guess. I am also going to guess there will be too many dupes, and I will come short on the set, but let's see how short....

Picked up some Jays... 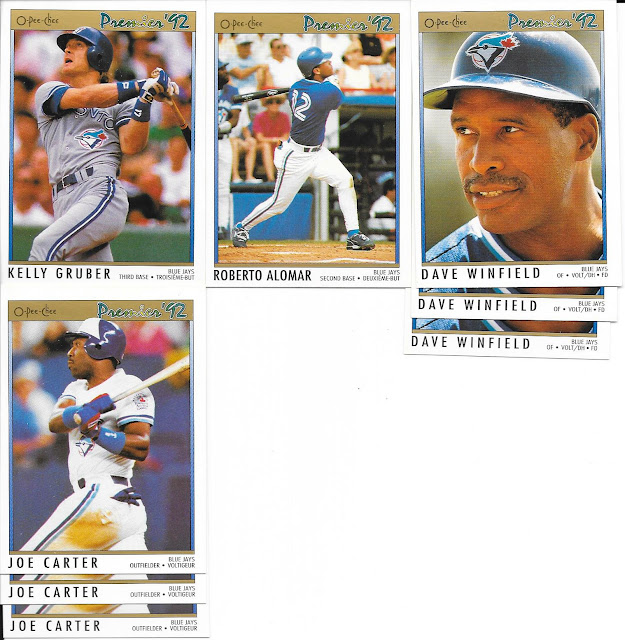 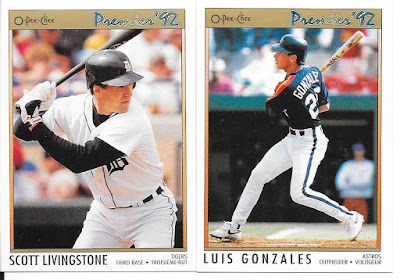 As for the set....151 of 198. I was hoping for a bit better, but what can you do, other than just collect the rest of what is missing...I won't bother adding the list to the website here, but it is in my want list at TCDB if anyone can help out on this one. Thank you in advance too. 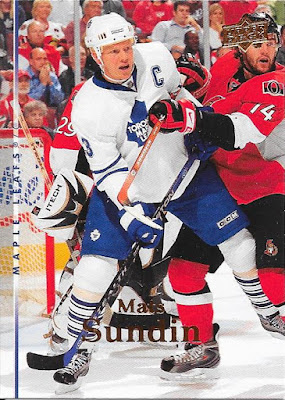 I should keep track of these...the Leafs we see a but, just to know how many I end with. This is the third one of these, and I am guessing when December comes and I start going through the Jays and Leaf box, we may see one or two more - depending on the time period covered by the box.

Wouldn't be fair if I didn't also include these since I have the last couple days. As a side note with these, one stat that I don't think we will see again for a while the way the game is played...Carcillo had 324 PIM in 57 games in 2007-08. Of the top 50 PIMs in a season, only two have occurred after the year 2000. 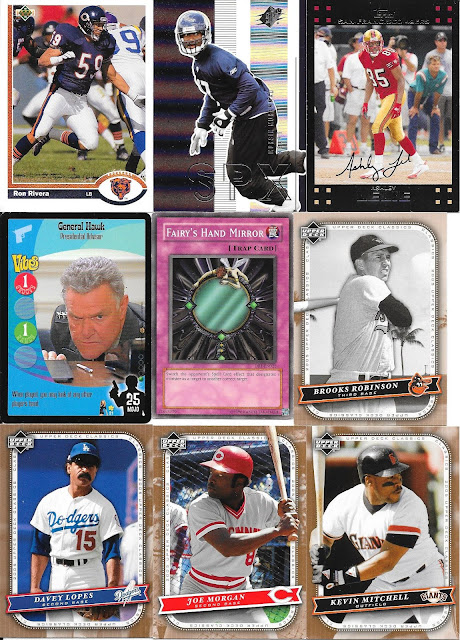 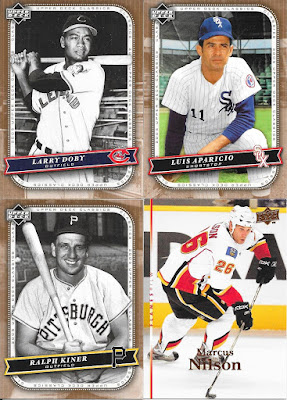 So the Austin Powers cards was one of the missing ones which has narrowed that set now down to 18 cards left out of the set of 140. Honestly, felt like I was a bit closer, but guess not yet.

Otherwise, I seem to be getting a fair set of dupes again for the 2005 Upper Deck Classics set, so if anyone is interest in a head start, jut let me know.