Well, since there was some out of the repack yesterday, why not see if I can luck out with a needed card or two out of a fresh pack. 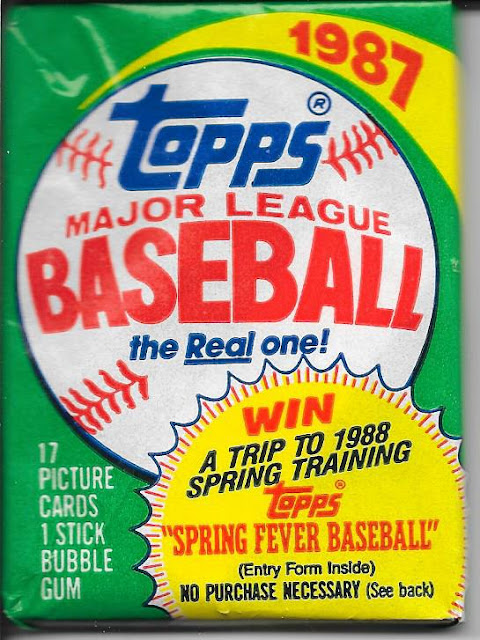 Before I get to the cards, I have opened some old packs with many a nasty piece of gum, but I have to say, the gum in this pack was immaculate. If I was to just look at it, it could have been new - granted it was hard as rock rather than soft and chewy, but wowed by it otherwise. 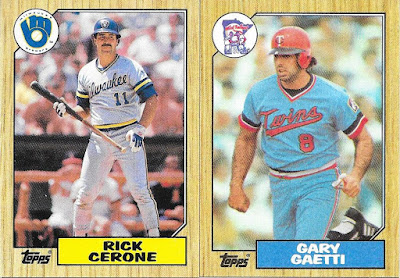 I have these cards, but these are both quality upgrades, so at least there is that...

I also got what I will consider an error card though this is obviously just a printing issue with the ink blurring on the name. 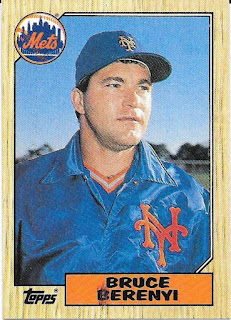 Otherwise, no Jays an a whole lot of duplicates, though all very nice and pack fresh if anyone is interested. 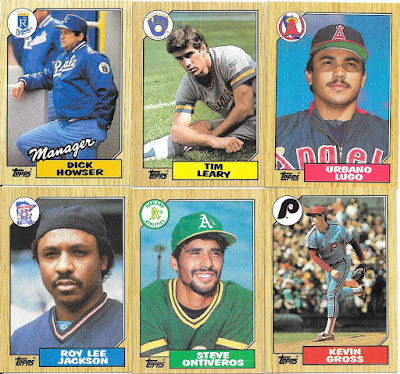 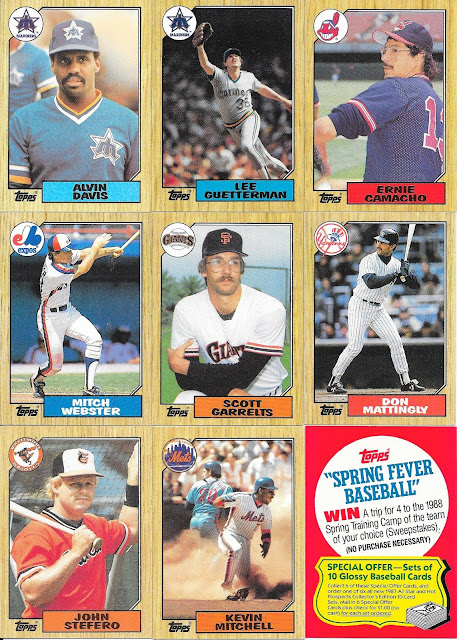 Not the greatest pack, but at least I got to see Mattingly - too bad I didn't need him.

Before I get to more dilemma19 sharing - a quick Listia pickup netted me 3 (the auction was for two, but one was thrown in as an extra) AA rookie cards...

He got in a few games during 2017 with the Jays, but will need to see if he can crack some more opportunities in 2018.

Will finish today with the third last (two more to go!) pack from dilemma19 which includes a bunch of mid-80s Fleer and 90ish Score cards, most of which were needs. 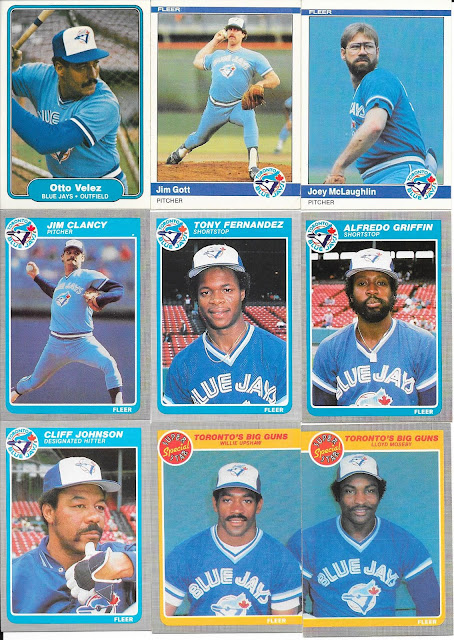 An interesting design choice to go the "sticker" route in presenting two cards, numbered one after the other, which placed side by side, make the bigger card with Upshaw and Moseby being the big guns according to Fleer. I don't remember seeing much of this outside of stickers in the 80s and 90s. 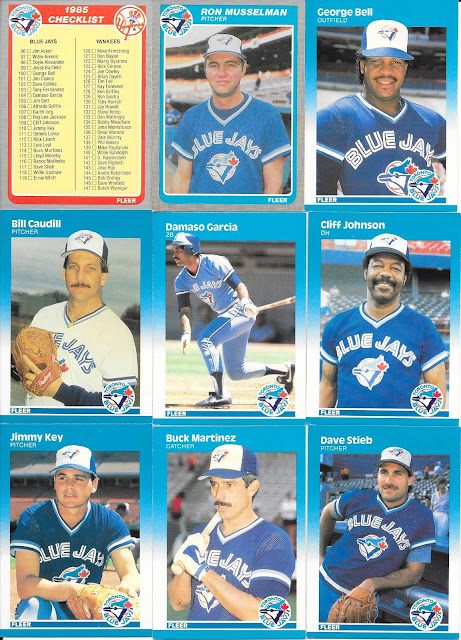 Another nice design for Jays cards with the Fleer blue borders. A Buck Martinez sighting. Given my age, I know he player for the Jays, but don't remember really seeing him then, I remember him much more for his days announcing Jays games. 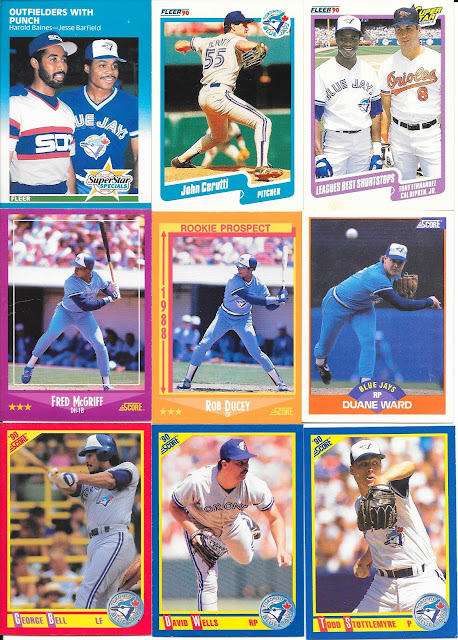 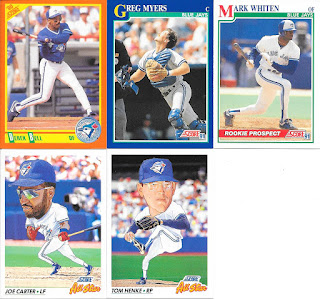 Though I have some of the Score sets in boxes, I don't have all the dupes I want for the Jays teams sets, these fill some of those holes.

Two more days of packages from dilemma19, and these look to be mid 80s and earlier....exciting!