Before the gold, some Fuhry from Listia... 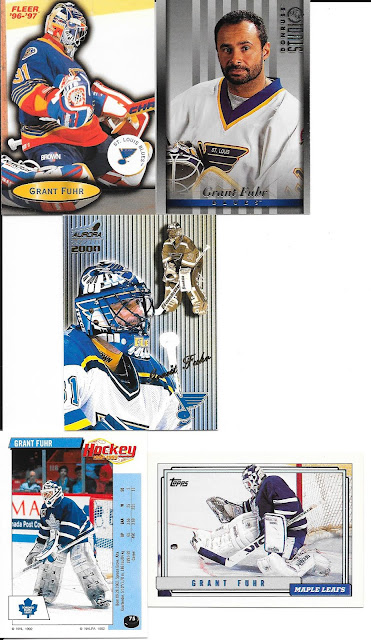 I picked this up because of the striped parallel from Pacific Aurora, as well as the Panini sticker which I didn't have yet. Besides, it's Fuhr - awesome goalie and good guy, can't go wrong there!

A couple insert/parallel sets from basketball that we have seen a lot of, and one of them is seen again here. Still wonder how many there will be when all is said and done. Generally I won't hold any basketball or football cards if anyone wants them in trade, but for the insert sets that may get close to complete, I'll hold in case, as getting rid of them as a set would be much easier. 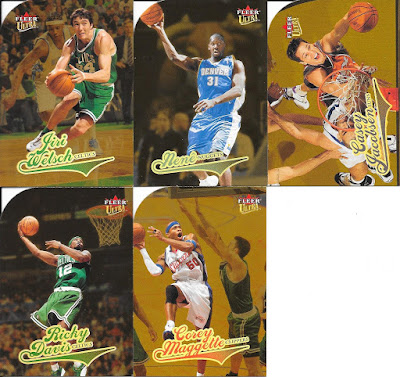 Five more from the insert set - about 50 all together - no where near a complete parallel set, but not too shabby. 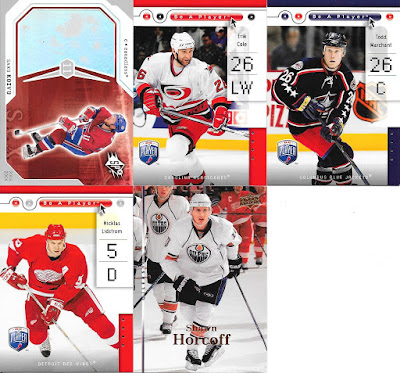 Nothing too exciting, but nice to pick up one of the few missing 2007-08 Upper Deck hockey cards from series two. 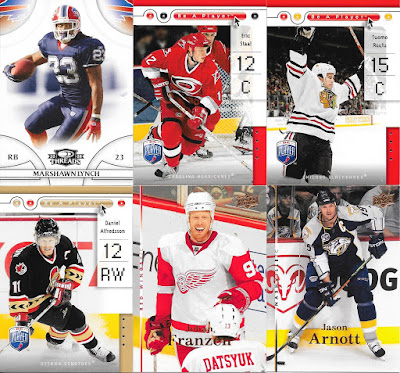 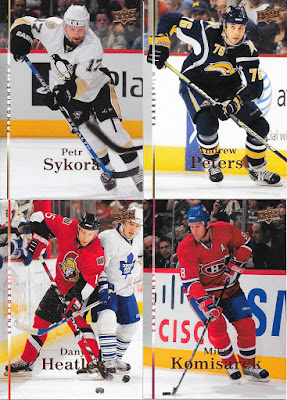