Start first with the second last pack from dilemma19 which contains some early 80s O Pee Chee, which I should have more of being Canadian and all, well, and some of it once upon a time I swear I must have had. 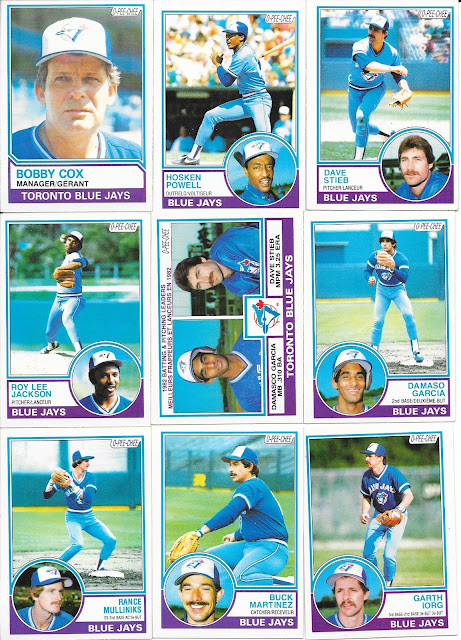 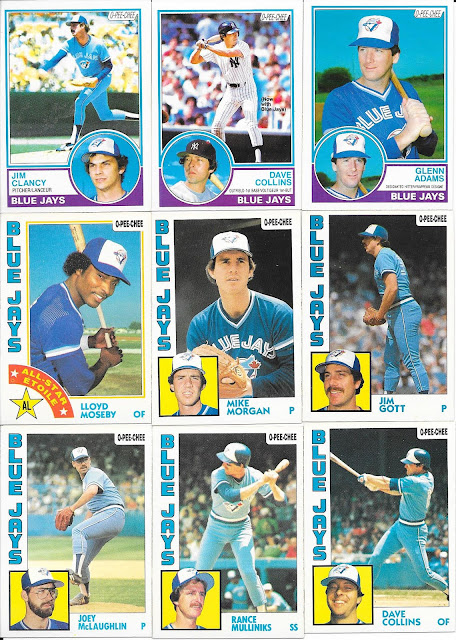 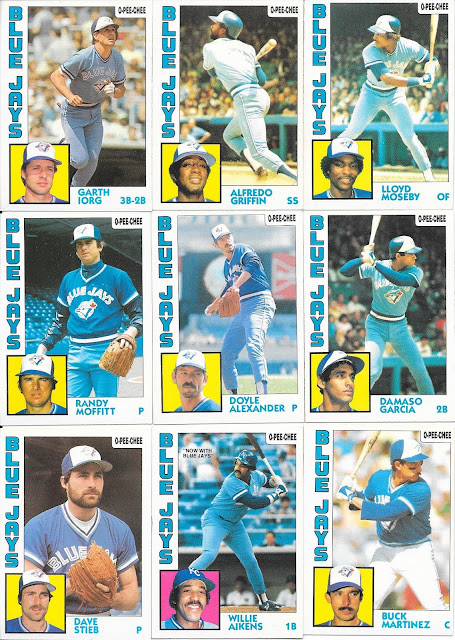 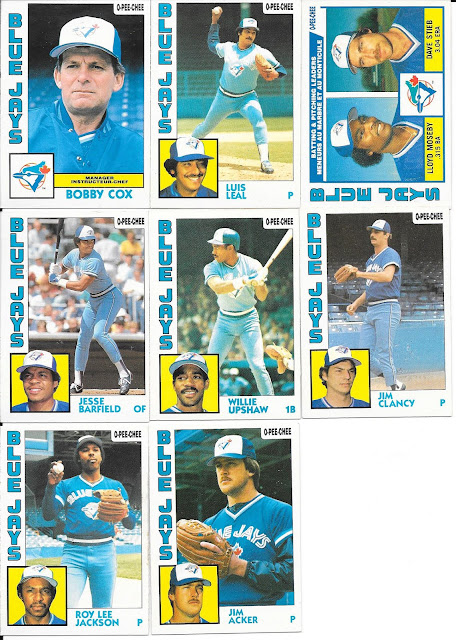 The first stack of cards I ever remember being given were some beat up 1984 O Pee Chee cards. I didn't appreciate them as I do now, and traded them for a big stack of brand new at the time 1991 Donruss. Yeah, I would never do that now, but as a kid, at the time, it was fine and I get it. So it is nice to be getting a number of these back now as I literally didn't have any Jays from the set. I do have some of the Topps versions which is a testament to the great traders at TCDB.

Just fantastic cards, and they bring back such great memories of my early time collecting.

Let's also look at a nice quick pack from the CNE from last August that I am finally getting around to. All baseball and hockey, so good from that regard, so let's see how helpful it is to my collection. 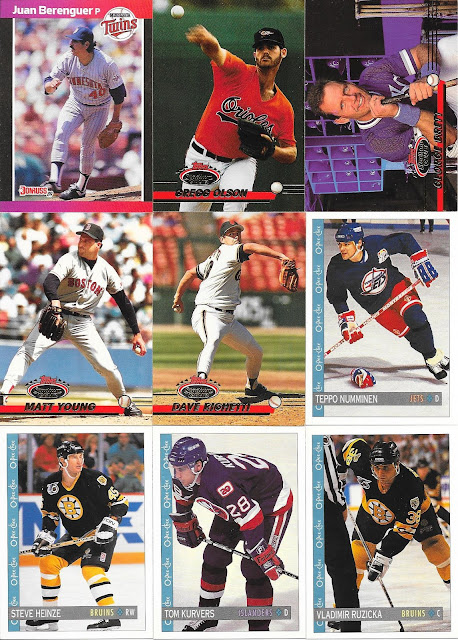 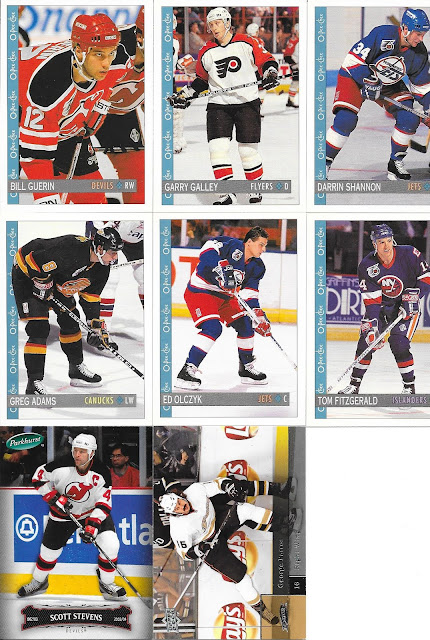 A decent number of adds for sets, including the, what seems to be, typical 1992-93 O Pee Chee set cards. I picked up this pack because of the Parkhurst Stevens, but best card that I like is the George Brett 1993 Stadium Club. 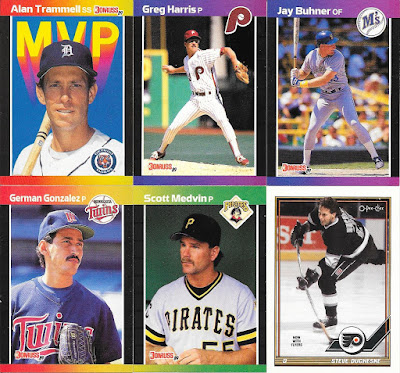 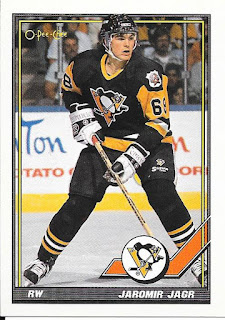 Can't complain of a Jagr dupe, and standard 1989 Donruss fare. 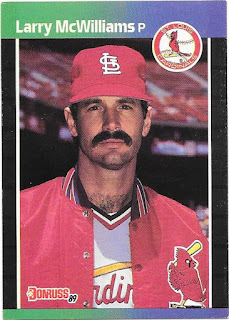 Including one error card for the error binder - so not a total write off since there were no Leafs / Jays.

With this "meh" pack and yesterday's, I think tomorrow should be another Dollarama 80 to hopefully get something a little better.