So following up on a post a couple days ago about some Jays estate lots I won - looks like no more will be coming and at least I got my Listia credits refunded. The reason given was a heart attach for the seller, spouse was letting people know. So anything not sent yet wouldn't be. Given the feedback rating for the seller is 99% for over 2,000 items, I have no reason to doubt this is the case (and since the first bunch were received). A little disappointed, but moreso hope the person is doing better.

Second quick update before the cards - sending two envelopes out to people which brings the trade cards figure for the year up to 1,115 - slow creep to the 5k goal for the year.

2008-09 O Pee Chee hockey has been a set I have traded away some cards from as others had needed them, but I continue to see a lot of the 2008-09 O Pee Chee cards in the Santa Lot, so may still end up well on the way to getting this massive set. 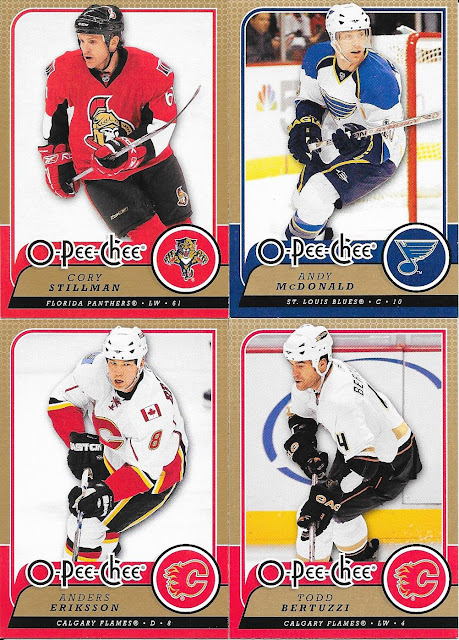 That is why, having four more here is the highlight today. Up to about 250 of 800 for the base set - still a long way to go, but I could see getting more than half way, but time will tell. 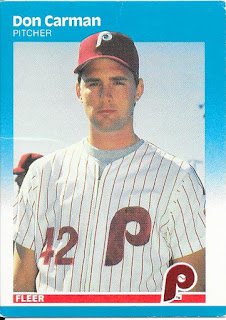 Unfortunately a couple bends in this one (mid left and top), but for now it'll do to keep. 1987 Fleer isn't a set I am looking to complete any time soon so it is a case of "good enough". 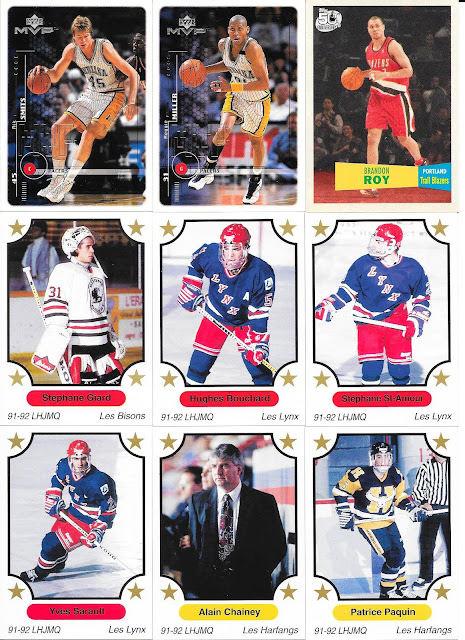 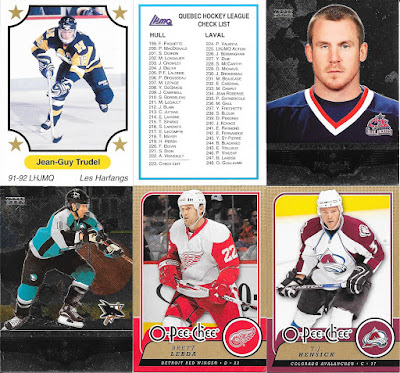 A bunch of QMJHL minor hockey cards from 1991 7th Inning Sketch if anyone is interested. I moved a lot of there to Billy I believe a while ago.

Otherwise, unfortunate the Roy parallel is one I already had in the effort to complete the partial parallel set (I think that is the best way to refer to it as).