Half a Dollarama Pack - Left Side First

Hello and welcome to the weekend. What better way to spend an end of January weekend with frigid temperatures, than with some baseball cards....when does spring training start again?

I have a number of Dollarama packs ($3 for 80 cards) to select from, and to take a bit more time to focus on some of the cards, I will do the left side today, and the right side of the pack tomorrow. Cool to see how different (or not) they are as well. 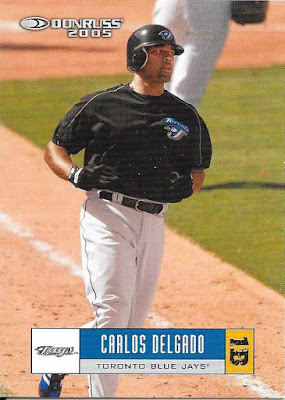 Out of 40 cards, what I would expect to be the average of one Blue Jay appears, and best case - one that I need! I have a number from 2005 Donruss, but didn't yet have Delgado. 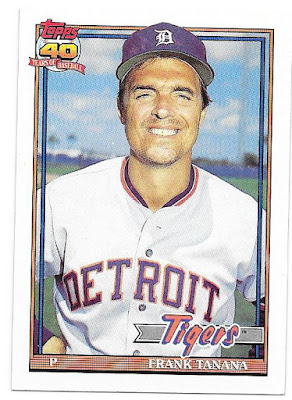 The surprise bonus was this error card (the error is a noting of being tied leader instead of sole leader for one of the stat lines on the back - I think it was K's but would have to double check. 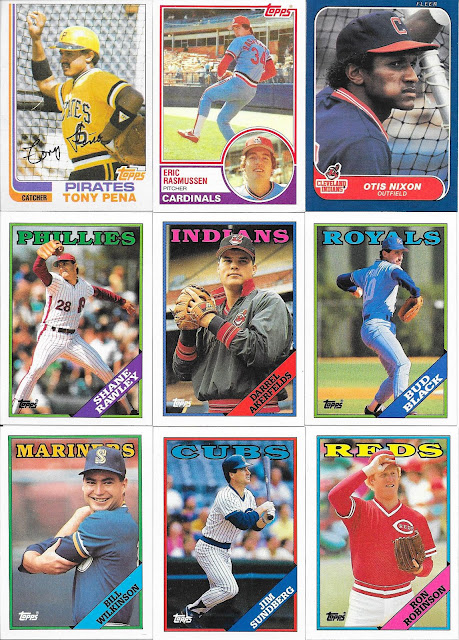 As for the keepers - nice to see a couple very early 80s cards come out of it. Tony, that is one bright yellow outfit. As for most seen set in the lot - definitely 1988 Topps, luckily I needed most of them. 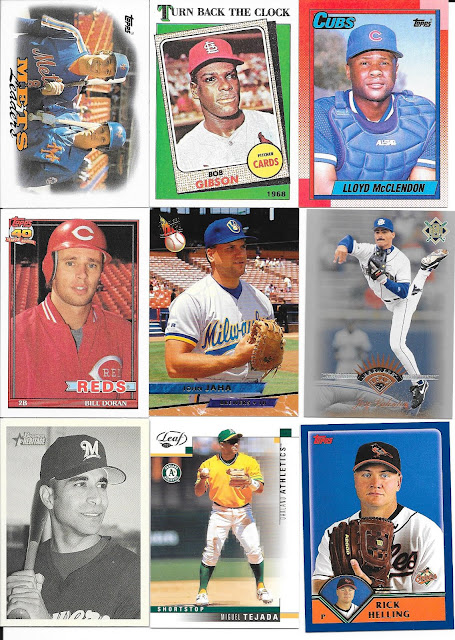 I had not seen the 2001 Bowman Heritage cards until getting this one. Nice old black and white style front and 50s design on the back. It is interesting though, how few cards are generally in these repacks for years 1996 or so, to 2005. 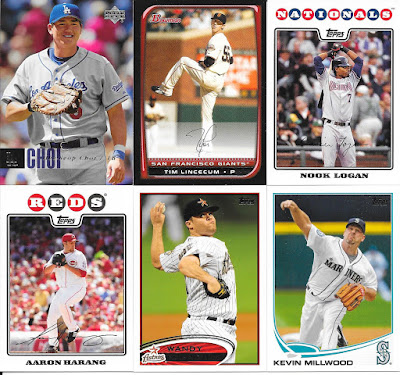 Some you still even get a number of 2010 and later cards, only a couple here.

As for my duplicates... 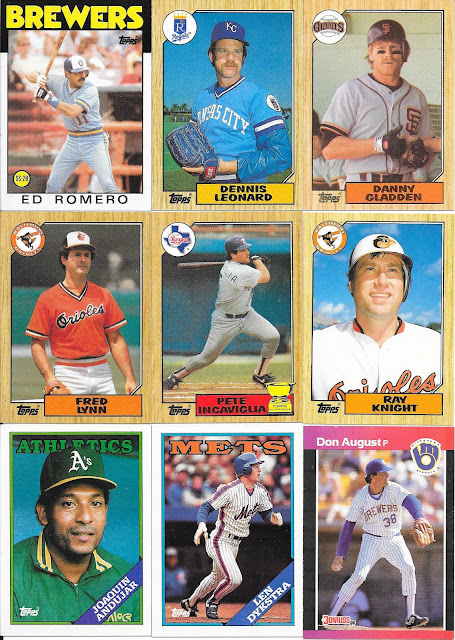 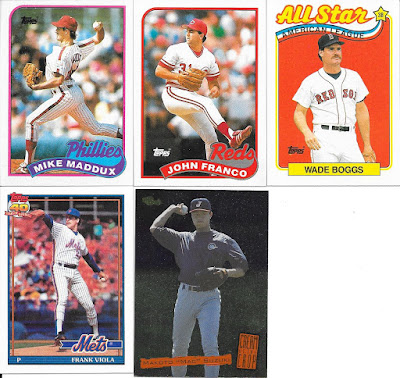 Mostly late 80s Topps, but not all.

Not a bad half to the pack, question is, will tomorrow be better, or worse?
Posted by CrazieJoe at 8:00 AM