I have spoken before about my love for McDonalds cards. McD hockey cards in the 90s were a great thing and evolved over the years. Though the who behind them changed over the years (Upper Deck and Pinnacle to name a couple - there are others, I know), they were always something a little special to me. 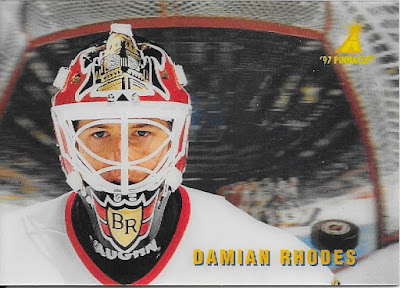 Here we have not one, not two, but a 3D McD card of Mr. Rhodes. Only would have been better if it was of his Leaf days, but the 3D net effect is pretty nice in separating the face on pose from the net background when the card is moved back and forth. 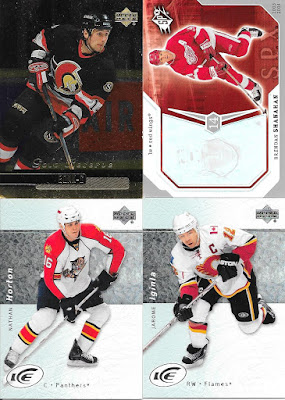 The somewhat confusing to me Gold Reserve because it is such a parallel/insert set, but here is a base set separate release if I recall correctly. Bonk indeed. 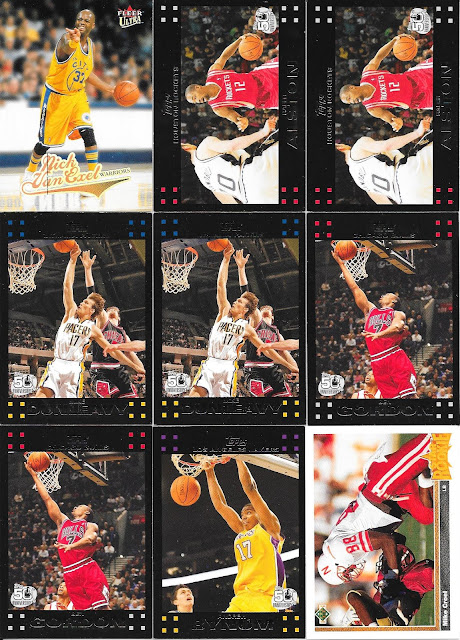 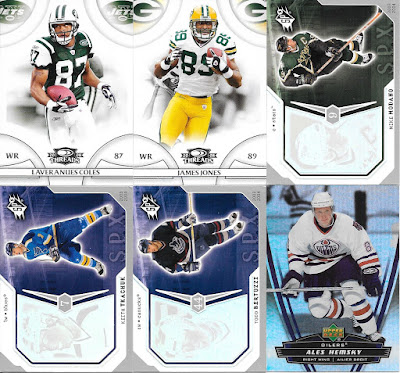 I will say, Nick Van Exel, given the way the card is done, really pops nicely on the card with the out of focus background. Not done as nicely on the 2007-08 Topps cards here, and the 2008 Donruss Threads football just take the pose completely out of context.