Still opening from the fall....

Happy new year to everyone out there. I hope everyone had an enjoyable (and responsible) New Year celebration to bring in the year 2018. We did the usual family thing of watch a couple movies with the kids - putting our 4 year old to bed a little later than normal, but nowhere near mid-night. Then our 7 year old stayed up until midnight with us. At 7 I wouldn't normally have done so, but he is very much his mother, quite the night owl but not a morning person (exact opposite of me and his sister). So, since he has no problem staying up per se, and with no school for another week, he can catch up on his sleep.

Speaking of catching up, in our hobby it always feels like there is something to catch up on, but really, it is the continuing goal of collecting whatever it is you collect. If you have every card you wanted, what would be the fun in collecting more, as there would be no "more" to collect.

Today, going to go through another one of the CNE packs of cards I picked up...wow....back in August - I really can take my time getting to things...

Well, still new to me! 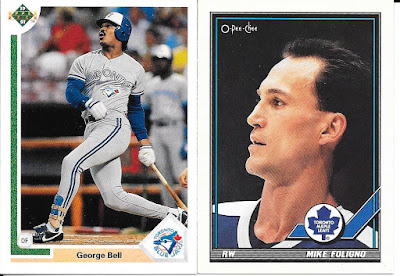 Not new Toronto cards, but still a couple more is always alright. 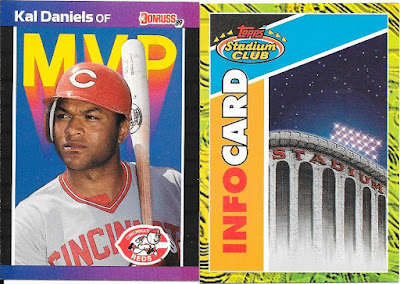 So Kal - no big deal - but what to do with this 1993 Topps info card. I will probably keep it as I didn't have one before, but I can see that back in the day these would have been thrown out by many left, right and centre. What a difference 25 years makes.

Other cards which are good pickups... 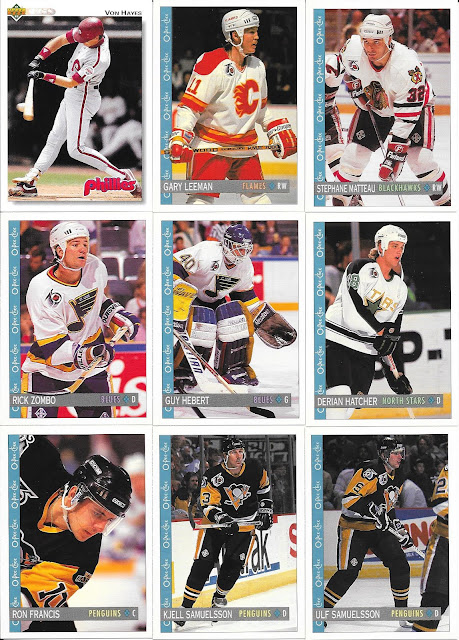 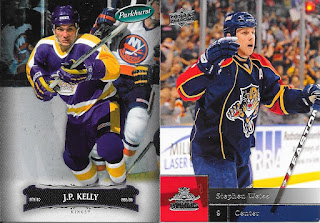 Some nice Penguin pick ups - even if Ron should be a Whaler always. The one card showing which is why I picked this pack to begin with was the J.P. Kelly as I like the Parkhurst cards from this 2006-07 set. 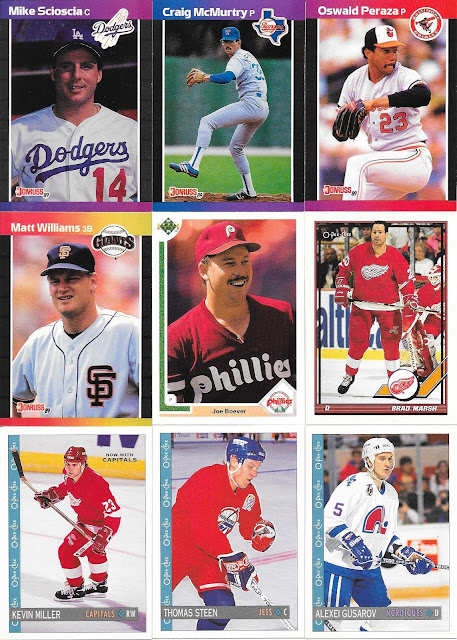 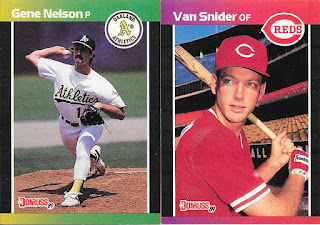 A decent pack overall from the CNE, as most of these have tended to be.

Let's also take a quick look at another bunch from dilema19 which have heavy focus on the mid 80s. 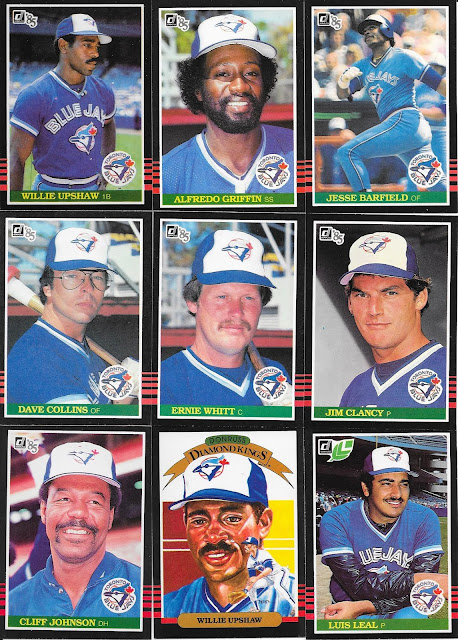 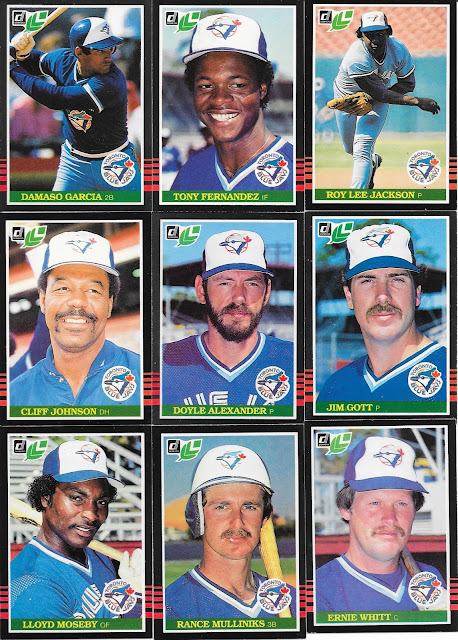 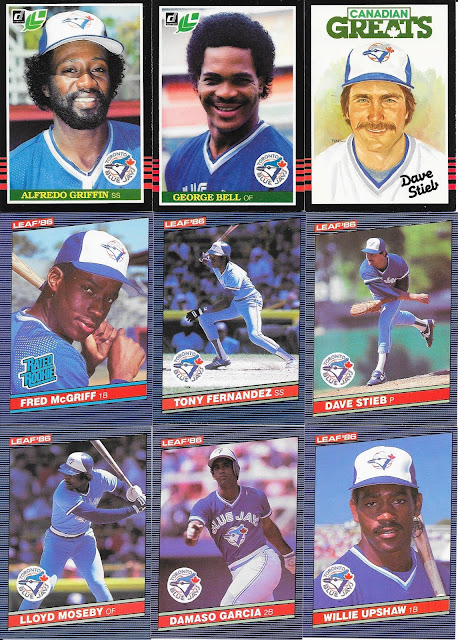 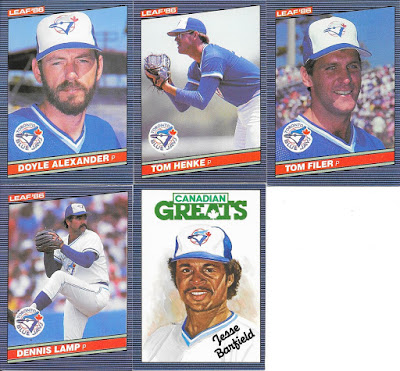 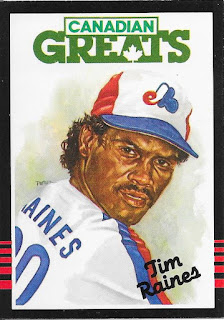 I went from having just a couple 1985 and 1986 Leaf cards to having more than half from each. I will say, I like almost all the Diamond King cards, but that Upshaw just doesn't quite work for me. Not sure why exactly, but just seems a bit off. I do really like the Canadian Greats though. Maybe a bit too much white some may say, but works for me with the nice portrait shots.

Well, a decent start to the year too - here is to hoping everyone a great start for 2018!

Tomorrow we get to some Christmas stuffs - I promise - but before I go, I will share one new year resolution which I am not going to hold myself to too closely, because it'll probably be a bigger focus in the second half of the year. I should finish off with the Santa Lot in the next few months, and then what I would like to do is trade/send away as much of my for sale/trade stuff as I can. So for all those interested, keep it in mind, and let me know if you want anything, and we will see how much I can move during the year.

Though I have done trades in the past, I haven't had the focus on trading to reduce which I plan to this year. If I were to set a real goal, I would love to get rid of at least 5,000 cards from my dupes this year (I have in the neighbourhood of 15,000, and this doesn't count a lot of a few thousand I am trying to get rid of on Kijiji, or consider whatever will be added from the remaining Santa Lot). I think 5,000 is a good stretch goal as this would be sending about a dozen significant boxes over the year. I do have a first box which is going out. A bit of a cheat as I got it ready over the holidays, but for this count, it starts us at 368 of 5,000. This one is a "send me back whatever in return". I am more than happy to get less than what I give up, especially if it fits my collection. I'll keep tabs on this goal through the year and see how it goes.
Posted by CrazieJoe at 8:00 AM