The end of the year, and dilemma19 brings me the end of two small sets - the 1991 Donruss Toronto Bue Jays team set, and the Donruss Diamond Kings subset as well. 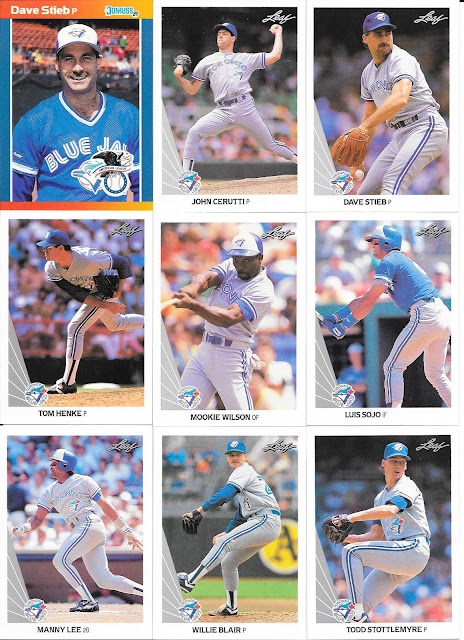 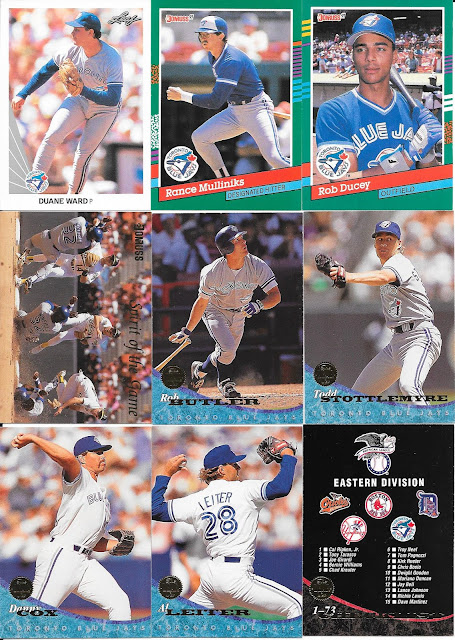 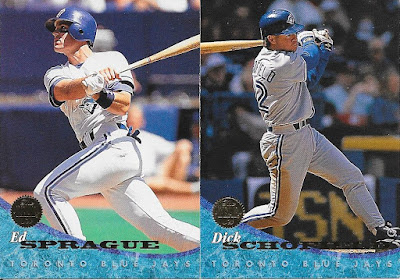 The last card in the bunch... 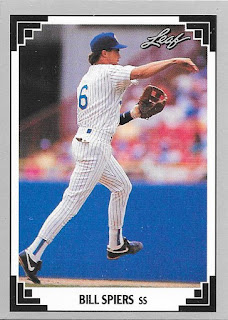 Brings me down to only two remaining cards left in the 1991 Leaf set.

As for the Toronto Box...here we are - final day, so let's see how we end.

New for my collection: 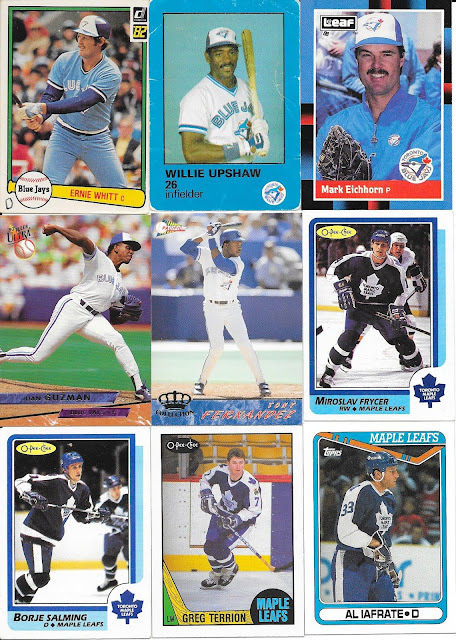 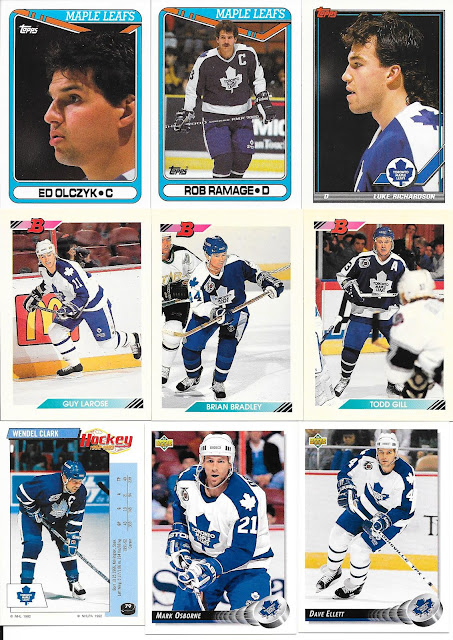 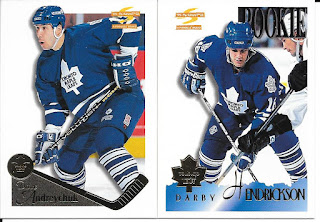 I am pleasantly surprised that, with 31 days, I had new cards each and every day. I wouldn't have thought there would be enough variety to allow for it, but I guess it shows I had enough holes to fill!

Even though it was written on (D in the bottom left corner), I like the old Whitt card. Sure I'd love a cleaner version, but I won't be picky for the early years. 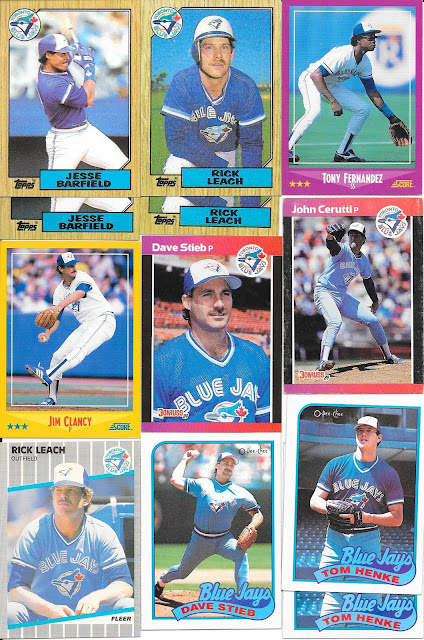 A lot of the usual suspects here for late 80s Jays. 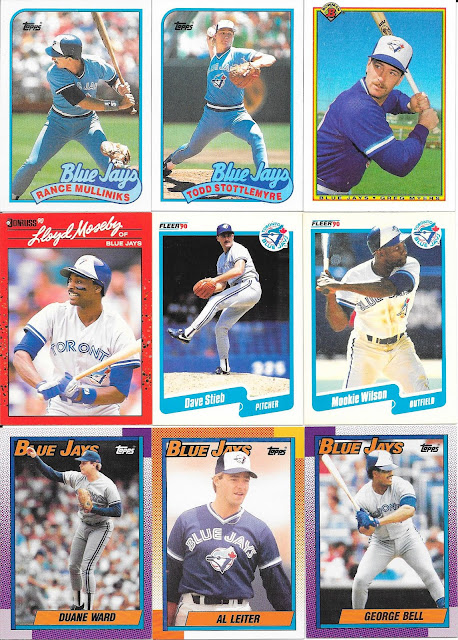 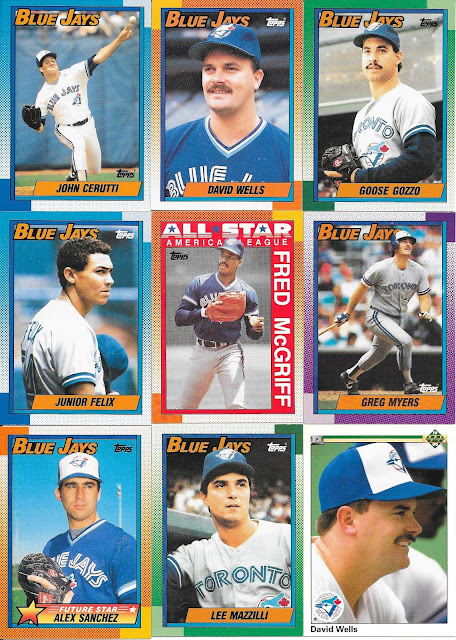 Coupled with the ones from yesterday, that is alot of 1990 Topps Jays! 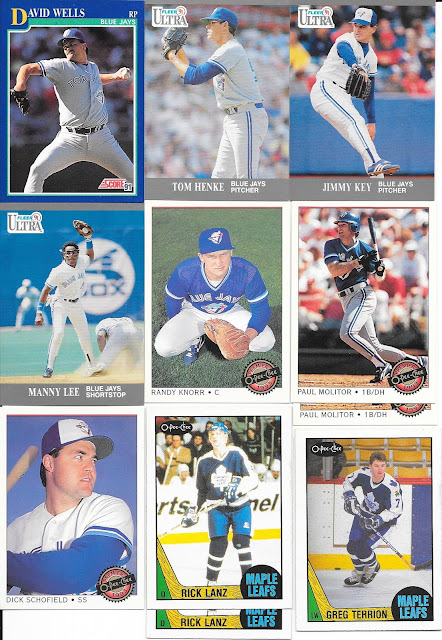 Even additional copies of 80s Leafs which are sweet. It may be a little hokey to some, but the hockey stick design is simple, but works - just like 1982 Donruss' baseball bat. 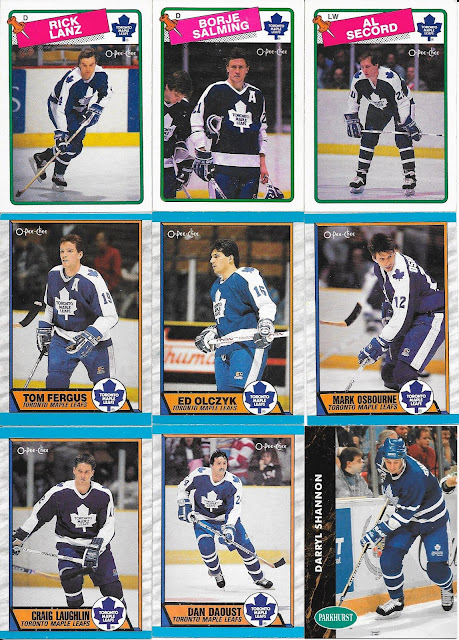 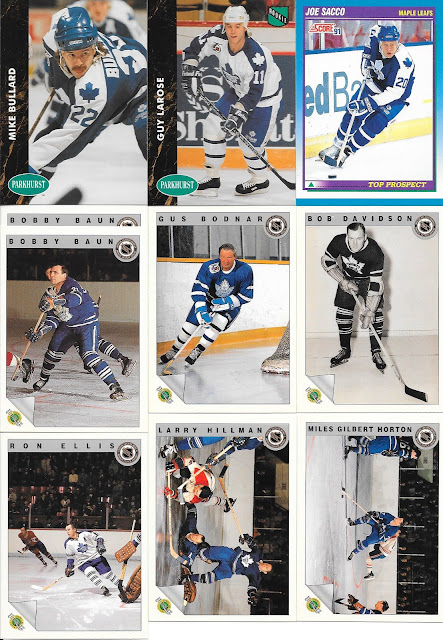 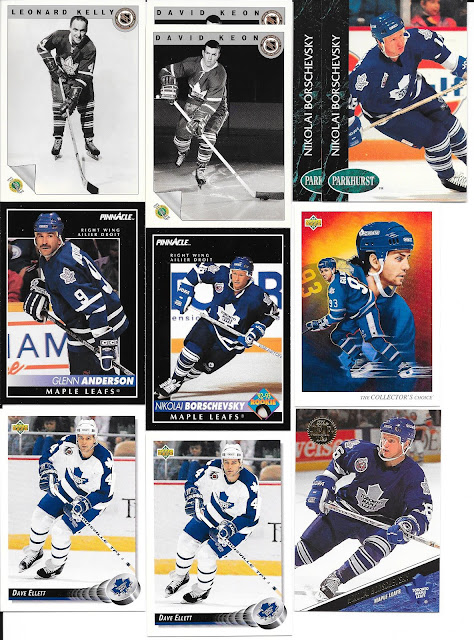 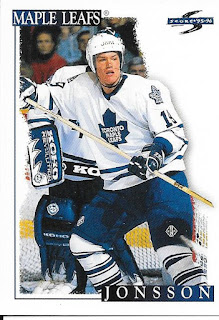 Actually also a few keeps that were not Jays.... 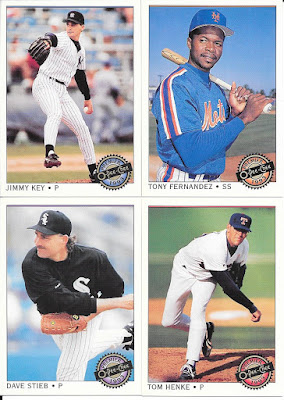 Well, not Jays at the time of these cards at least. Talk a bout a group of cards that don't look right. These are all teams I don't think of for the respective players. Any Stieb in anything other than a Jays uni is just not allowed.

The last card of the box... 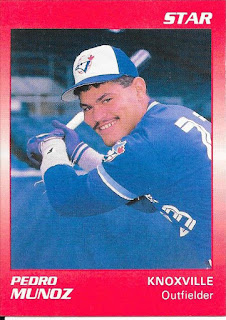 Not one I am keeping as I don't keep the minor league Jays related cards.

Not a bad final day at all, and final totals are...

I'll say one last time - best $5 I ever spent on the hobby because it directly added to my collection in so many ways. Sure there were no 1/1s or SNs and not many inserts or parallels, but even just considering the cards new to my collection, it was less than 2 cents each.

A great way to end this year, and hopefully next year I will be able to find something just as wonderful.

We will start the new year tomorrow and before getting back to the last couple thousand cards of the Santa Lot, get to some Christmas stuff and other things first. A good way to start the new year I hope.
Posted by CrazieJoe at 8:00 AM