About half way through the month, and frankly, I think I'm only about a third of the way through the box. I may have to bump up the number of cards I pull per day in the last week or so to get through the box this month. It's okay though, I am willing to make that sacrifice....

So some more Raptors today - actually not many different ones, but a number of cards at least.... 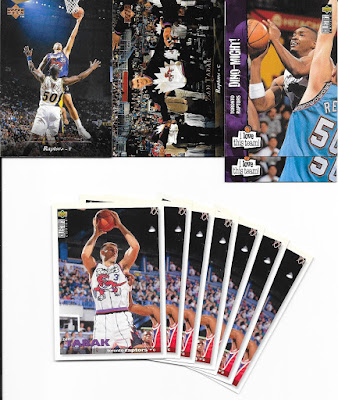 So, anyone a huge Tabak fan?

I'm going to need to find a few people that collect basketball cards between these and the ones from the Santa Lot. I am coming to the realization that at some point, when I am through these, I will either need to do some decent trades in other's favours as far as numbers go (trade away 100 for 10 type of deal) because I need to control the amount of cards a bit better.

It is a case of, I have the room if I really wanted, but I should just generally clean up a bt and get rid of duplicates, etc. Honestly, I'd rather trade away to someone I know will want them rather than do a bulk sell on Kijiji or something (also a good way to still add to my collection nicely from a monetary point of view).

Neat to see these, but really, happy about these new adds: 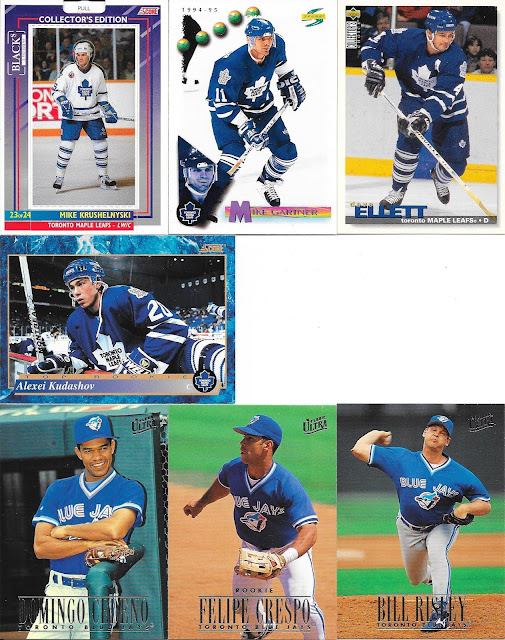 The Black's Krushelnyski is awesome - any unused pop up 3D cards like this are great finds in cheap boxes. Fingers crossed there are more!

Also, 1996 Ultra shows a bit of Stadium Club love with the great full photos, though the names on the front could be a bit smaller and it wouldn't detract from the card at all.

The dupes are well viewed cards...for example, the 8th Xavier for my collection... 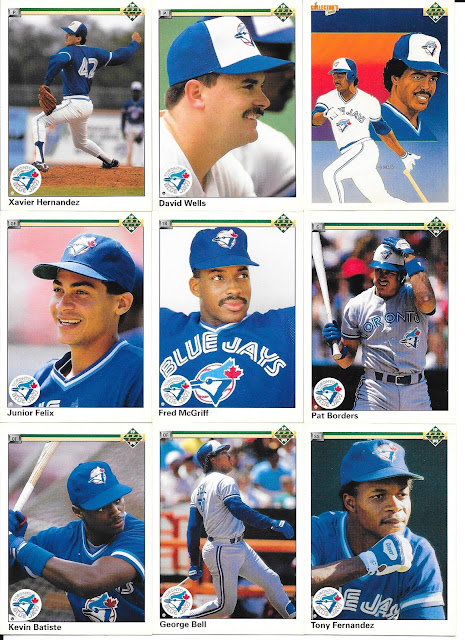 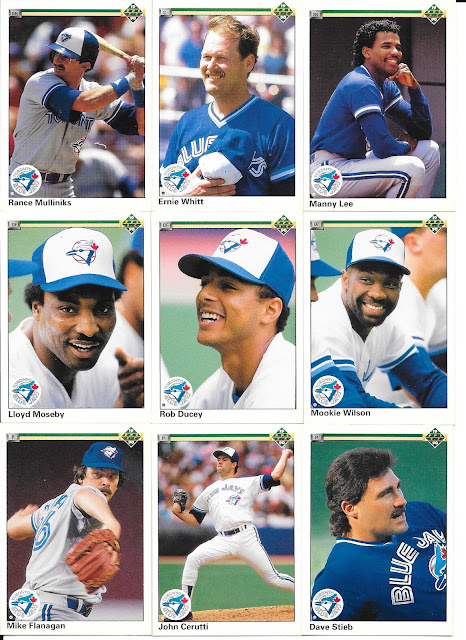 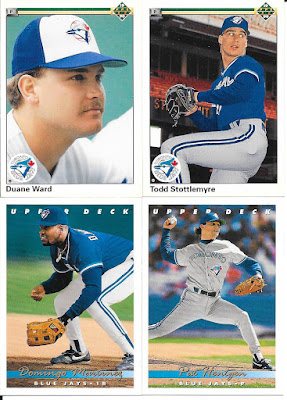 After scanning, I noticed the Rance card actually has a whole in it, so that one will go.

At some point I may cap the number of any single card I'll keep - but not yet!