A couple more cards today of Wendel Clark post his time in Toronto:

As much as I'd rather him have stayed a Leaf, at least he didn't move to the other Quebec team. I should also just clarify - this was after his first stint in Toronto (he had two more). Actually, interesting that other than Toronto, Wendel never spent more than one season somewhere else (Nordiques, Islanders, Lightning, Wings, Black Hawks). At least he did return to Toronto for finishing off his career in the blue and white.

Wendel was in the news again a bit last year with Auston Matthews breaking his Maple Leaf  record for goals in a rookie campaign.

Though a couple Wendel Clark cards which are not in the Leaf collection, there were plenty of good Leaf adds today (almost HALF the cards today, which is amazing). 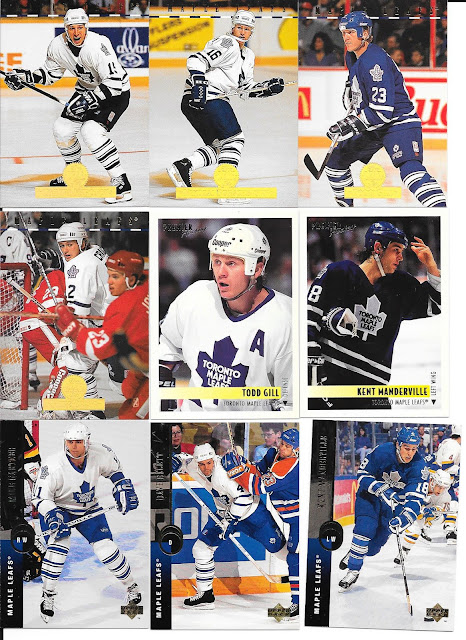 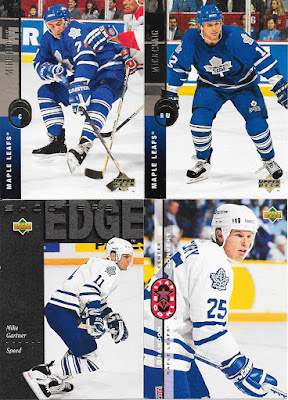 Getting into 1994-95 cards, I didn't have much so seeing these are great adds for the collection.

As for the dupes (including one Jay card): 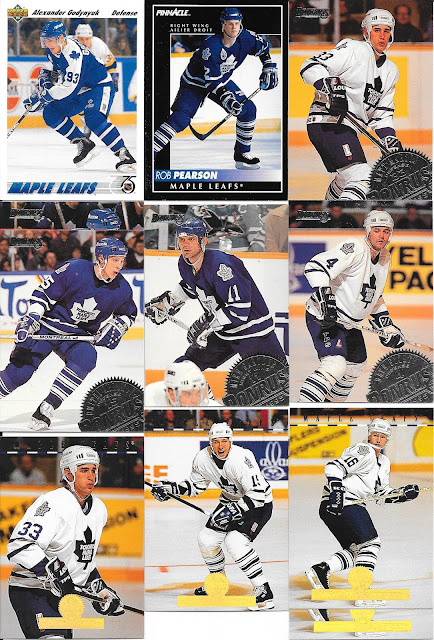 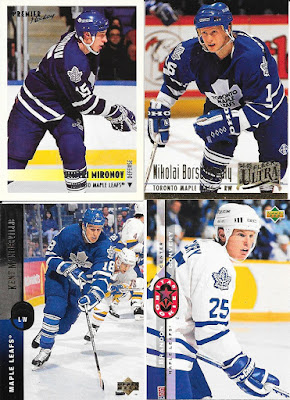 As you can see, though I needed a number of the cards from 1994-95, there were additional dupes I didn't "need" per se.

As an aside - I will say that foil that scans fairly well will include 1994-95 Ultra - you can actually read it fairly well here.