Back in the early 90s when I was collecting, child me knew there were Canadian versions and American versions of Score hockey cards. It was easy, there was a flag on the back, and the info might be in two languages.

Not sure why I didn't catch on when it came to Pinnacle. I think it was because I didn't see many, and those I did were all English on the back. 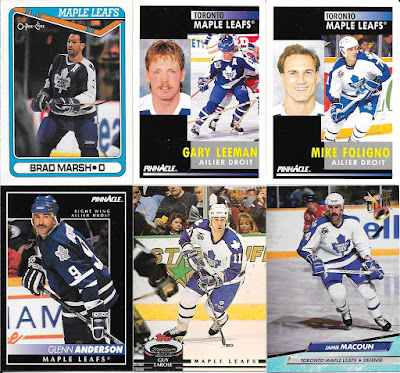 That's probably why I am still finding a number of Pinnacle cards, of any variety, that I still need.

The other interesting thing from these cards...I have never heard of Guy Larose, or if I had, he has been long purged from my mind. So let's take a quick look at whether I am just losing it...

So Guy spent a small part of three seasons in Toronto, and otherwise in the AHL. A career which had 70 games in the NHL, so understandable that I don't remember him at all. He actually kep playing to about 2002 in the minors and overseas so a long enough professional career, just most of it was below the NHL. 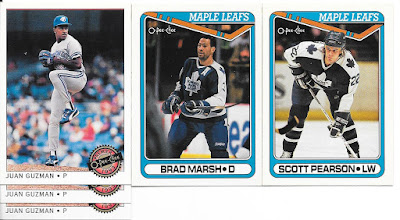 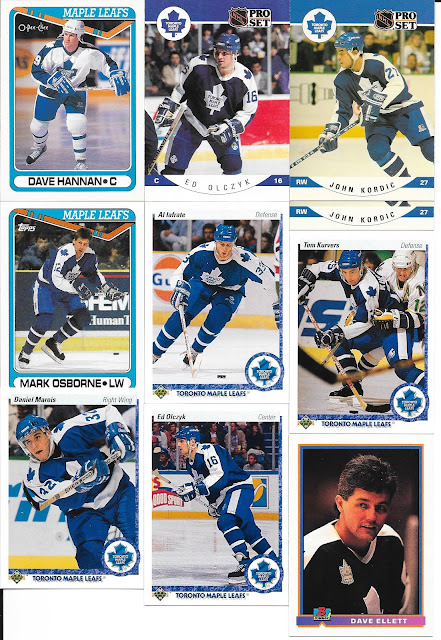 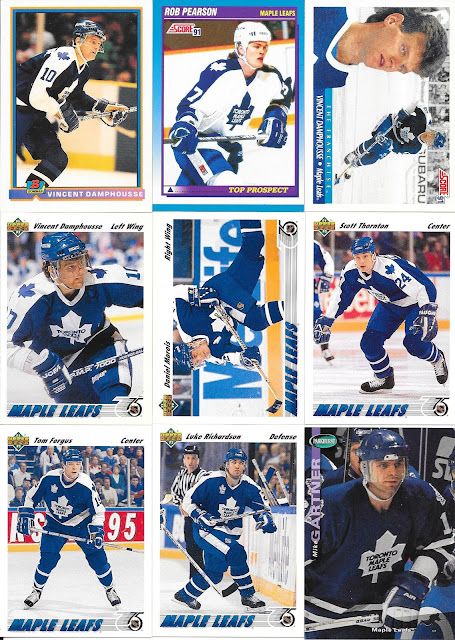 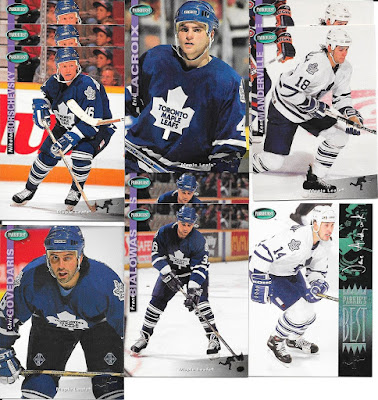