So I received a message not too long ago from a TCDB member - dilemma19 - who is a fellow Canadian. He was gracious enough to send along a holiday package unexpectedly. All in the holiday spirit I figure okay, we shall see what is sent and figure out something to send back. Well, I think it will take me a bit of thinking to figure out what I can possibly send back (I took a quick look at his collection on TCDB and with many vintage cards - 50s, 40s, 30s and earlier - I have no idea what I am going to find to send back). I opened the box to find about 15 team bag little packages of cards. At a glance, look to be a number of set needs and of course Blue Jays. Simply wonderful and a huge thank you right off the bat for the box.

Here is where I cheat a little though. Work is insane the next week or two before I am off on holidays, and I don't want to rush through the package because it deserves a good focus. So what I will (selfishly) do is take a skim of them over the holidays - I will probably post about it over the holidays, since they were given for such, but it will also give me a chance to take a good look at what I can possibly send back as a thank you.

I really would like to get to them sooner, but this year is the busies November and December I've had at work. I think we are a bit understaffed, coupled with consistently seeing 7-10% growth year over year, just means busy!

So first, I have added dilemma19 to the friends page because, regardless of what we find, this package calls for such treatment!

Definitely will be seeing this package unwrapped a bit later this month!

Now onto the box...I think it is easily understandable of what kind of "non-Toronto" cards will come out of the box. A perfect example are these are just after their time with the Jays cards....wait....

I scanned a couple including a George Bell which somehow I have deleted and with the card away, I am not going to find quickly...lol...so let's go with this...

George Bell played for Toronto from 1981 through 1990 before ending with three seasons in Chicago (first the Cubs and two seasons with the White Sox). A staple of the Toronto outfield through the 80s, a three time silver slugger with an AL MVP award for 1987 when he had 134 RBIs to go with 47 home runs and a .308 average. Once he left Toronto, he stayed an outfield the one year with the Cubs before being DH the last couple years for the White Sox.

Now on to some scans I didn't accidentally delete... 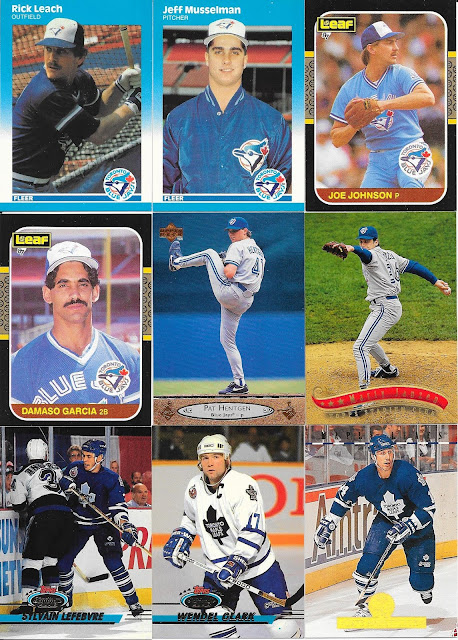 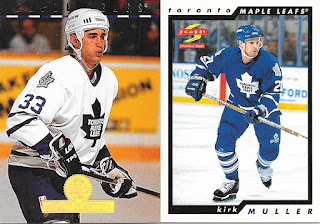 1988 Fleer Update Jays which I believe again are the Glossy version. The quirky card today is the Marty Janzen which has the name swish raised which is an interesting way to do it, but it does stand out.

As for the rest of the duplicates... 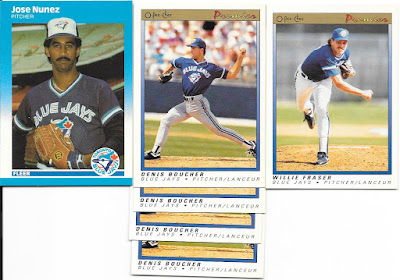 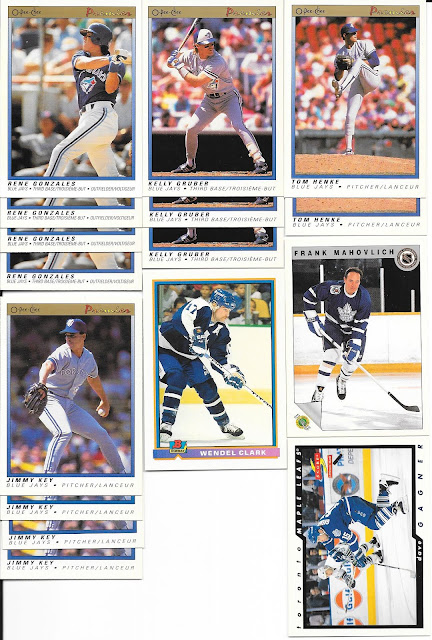 As is blatantly obvious, I hit a big chunk of 1991 O Pee Chee Premier baseball here.