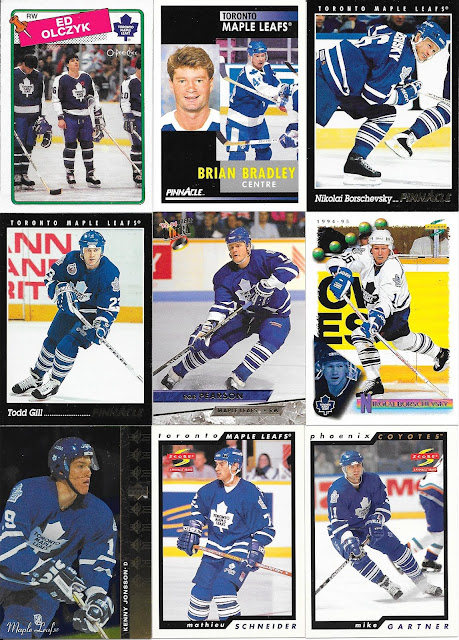 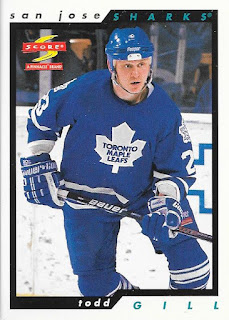 I didn't have a couple of these in my want list because they were not listed as Leaf cards. Both the '96 Score cards for Gartner and Gill were listed under the team name shown on the front. I want them in my collection because they are still shown in their Leaf uniform. So I can understand why in the checklist they are not listed as Leafs, but I am glad to get them here otherwise I may not have ever realized I wanted them.

The other sleeper "hit" from this group is the Kenny Jonsson Upper Deck SP insert card.

Still plenty of keeper dupes too... 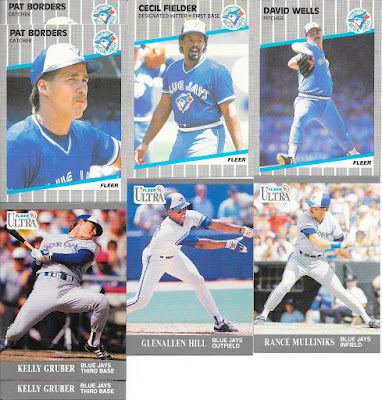 Not sure if Gruber is looking for a "junk shot" on this "junk wax" card, or if he is mid-limbo contest fall. 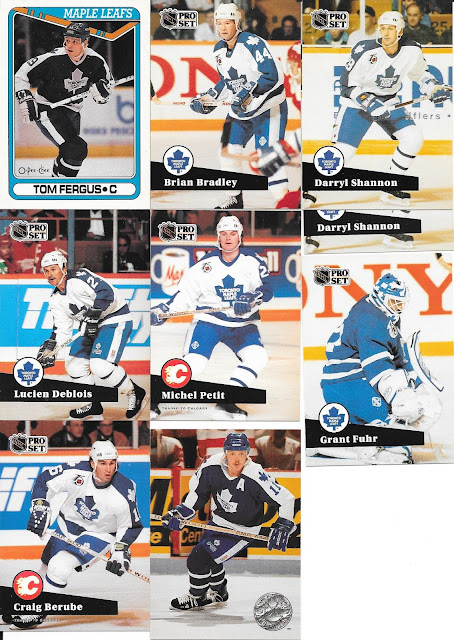 A couple more examples of cards that would be tricky to collect as a Leaf collector as two of the 1991-92 Pro Set cards are Flames cards as shown. 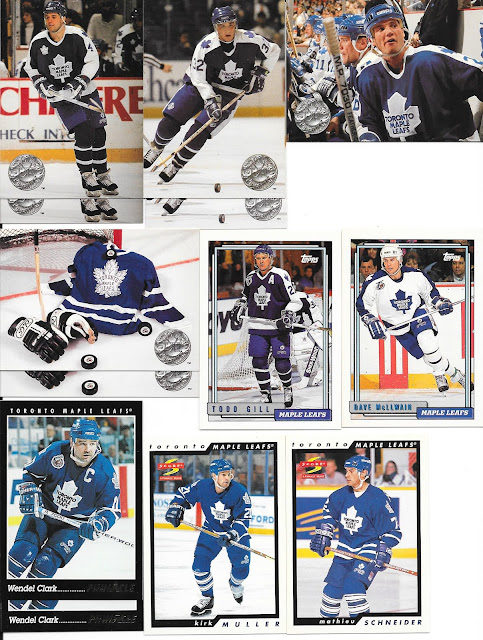 If I ever do a "caption this" card post, I'd have to pick that Mike Krushelnyski as the first one - just such a horribly timed pic.

Almost 100 new to me Jay cards at this point from the box!