No mix of hockey and baseball cards today - 40 cards, 40 Leafs. Works for me in general, because if I had my choice, I'd go for Leafs right now because between the two, I have many less Leafs than Jays. This is reflective in the "new to me" today as there are 15 out of the 40. 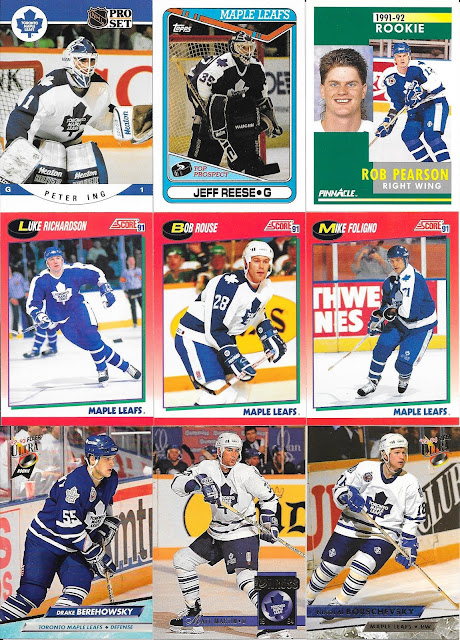 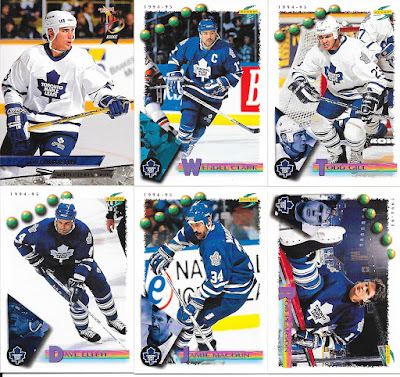 A bit of a cheat because a few of the 1990-91 Pro Set, and 1991-92 Score cards are duplicates for which I needed a second copy because of the near complete sets I have for these. Still counts though!

I am torn on the 1994-95 Score cards. I am thrilled to get them because they are new to me...but man, the design is so mid-90s. Also, amazed to see that the stretching foot on the boards pose (here by Rob Pearson) was done in at least a couple cards as we have seen one in 2007-08 Upper Deck (Adam Foote I believe).

Still, plenty of duplicates which are heavy on the Parkhurst.... 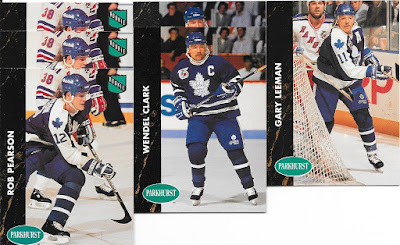 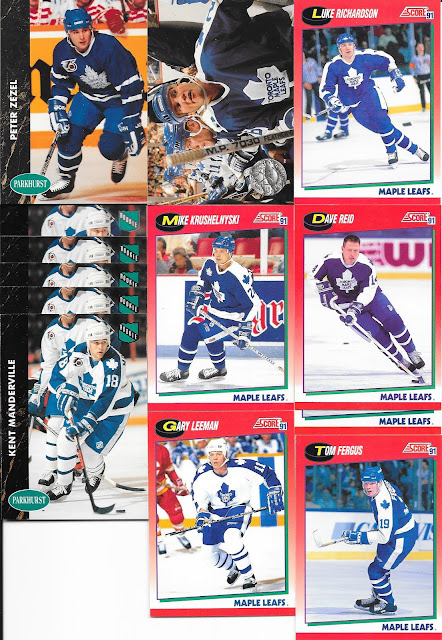 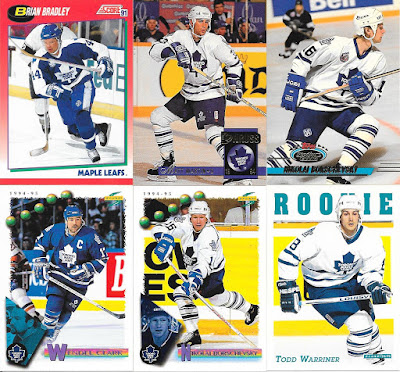